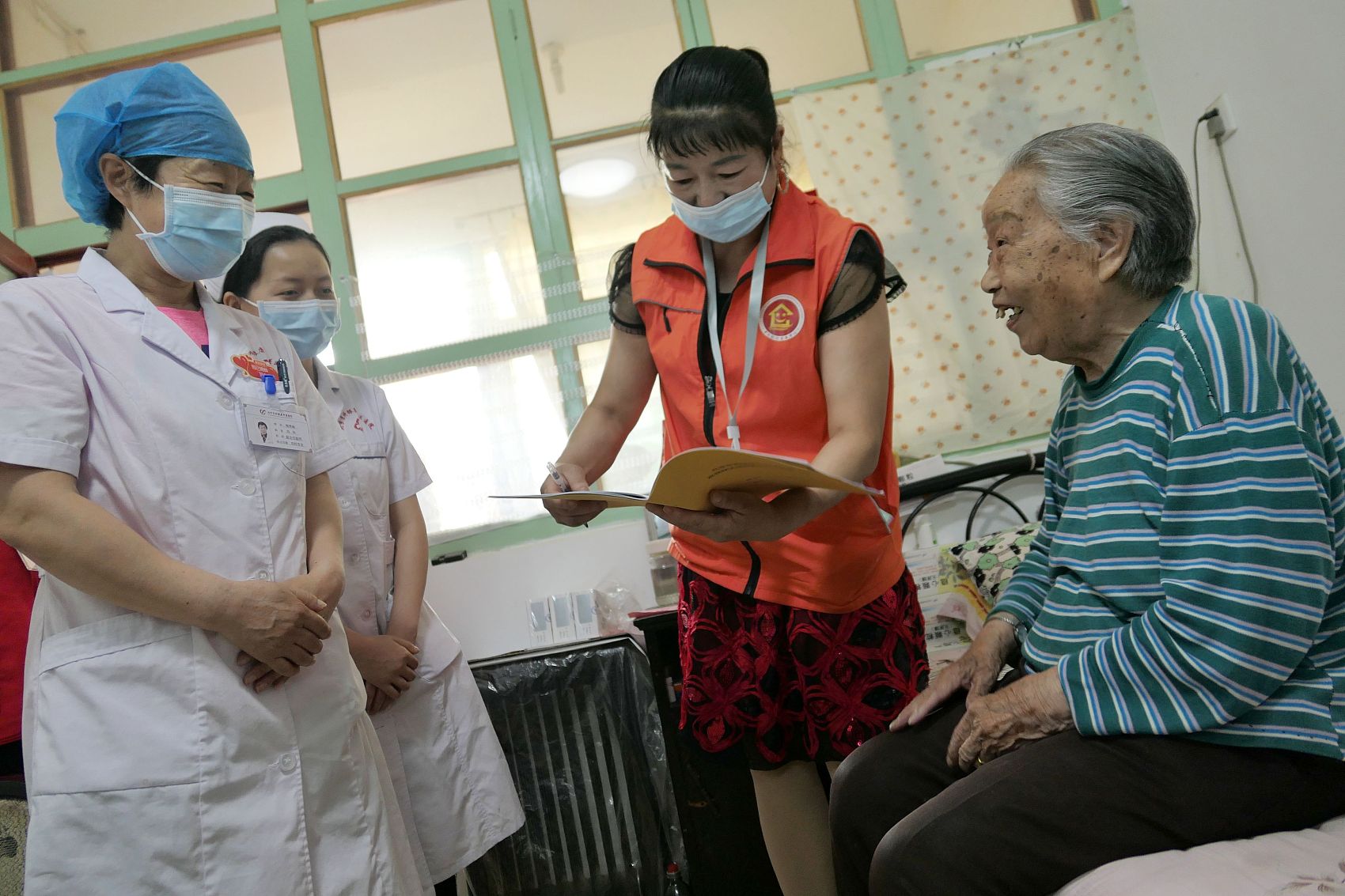 BEIJING, May 31 (Xinhua) -- Xi Jinping, general secretary of the Communist Party of China (CPC) Central Committee, on Monday chaired a meeting of the Political Bureau of the CPC Central Committee to hear reports on major policy measures to actively address the aging of the population during the 14th Five-Year Plan period (2021-2025).

The meeting stressed that proactively responding to the aging population directly relates to the country's development and people's well-being, and it is an important measure to achieve the high-quality development of the economy and safeguard national security and social stability.

The meeting called for efforts to raise the statutory retirement age in a steady and gradual manner, improve a multi-level system for pension and aged-care social protection, explore building a systematic framework for long-term nursing insurance and accelerate the building of the systems for elderly care and health support that combine elderly care, health and medical services to be available both at homes and within communities.

It also pledged enhanced financial investment in relevant regards and improvements to the fiscal policies and financing mechanism for the development of old-age programs, so as to provide necessary guarantees for the country's efforts in proactively responding to the population aging.

China has a large population, and the aging of its population has been increasing in extent in recent years, the meeting said.

The meeting acknowledged the progress of major birth policies adopted by the Party's central authorities since the 18th CPC National Congress in 2012.

The meeting said China will support couples that wish to have a third child, noting that implementing the policy and relevant supporting measures will help improve China's population structure, actively respond to the aging population, and preserve the country's human resource advantages.

The meeting demanded efforts to implement a third-child policy in accordance with the law, and to advance birth policies in alignment with relevant economic and social policies.

Education and guidance should be provided to promote marriage and family values among marriage-age young people, the meeting determined.

China should also continue to implement its current reward and assistance system as well as preferential policies for families with one child and rural families with only two daughters who were born before the implementation of the two-child policy.