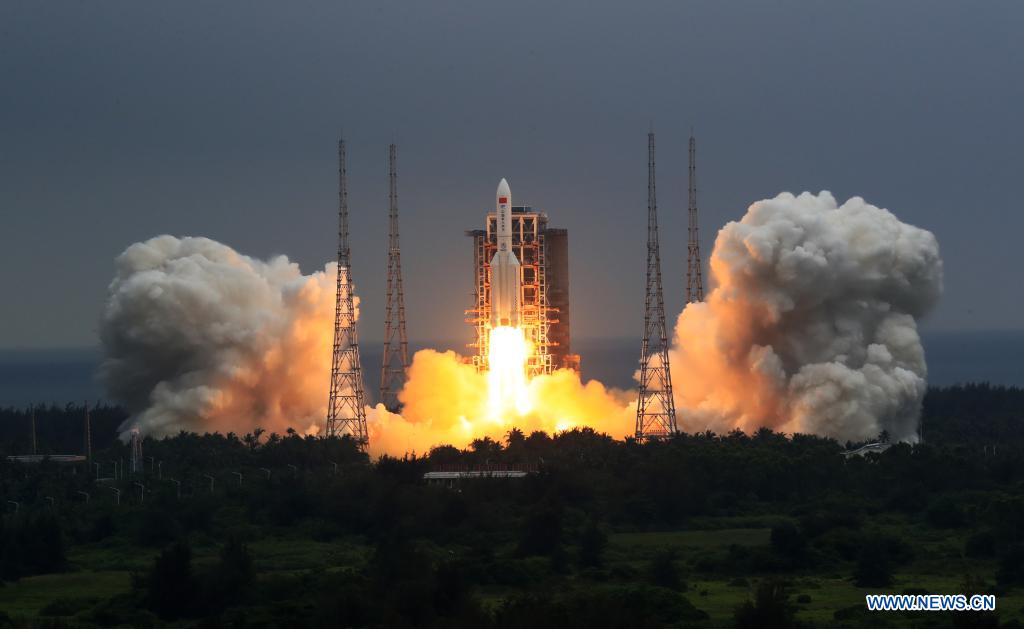 On behalf of the Communist Party of China (CPC) Central Committee, the State Council and the Central Military Commission (CMC), Xi, also general secretary of the CPC Central Committee and chairman of the CMC, extended warm congratulations and sincere greetings in a message to all who have participated in the mission.

Xi said in the message that the successful launch of the core module Tianhe marks that China's space station construction has entered the full implementation stage, which lays a solid foundation for follow-up tasks.

He noted that building a space station and national space laboratory is an important goal of the three-step strategy of China's manned space program, and an important leading project to boost the country's strength in science and technology, as well as in space.

In the message, Xi said he hopes all members of the mission, through self-reliance and innovation, will be completely successful in their space station construction mission and make new and greater contributions to building a modern socialist country in an all-around way.

The congratulatory message was read aloud by Zhang Youxia, a member of the Political Bureau of the CPC Central Committee and vice CMC chairman, at the Wenchang Spacecraft Launch Site in Hainan Province.

China's space station is a crewed space station independently built and operated by China. It consists of three modules: the core module Tianhe, and the Wentian and Mengtian lab modules. Tianhe is the management and control center of the space station, and it is the first space station module launched into orbit.

According to the mission schedule, China will complete the construction of the space station in orbit in 2022. The station will have the ability to carry out long-term scientific and technological experiments and explore space resources in low-Earth orbit.