BEIJING, May 21 (Xinhua) -- Chinese President Xi Jinping on Tuesday sent congratulations to Joko Widodo on behalf of the Chinese government and people and in his own name on the latter's reelection as president of Indonesia. 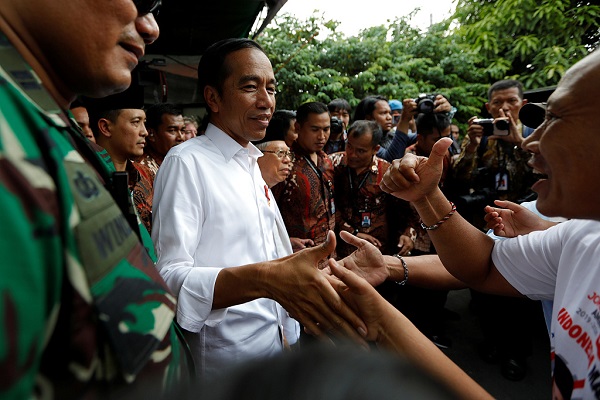 Indonesia's Incumbent President Joko Widodo and his running mate Ma'ruf Amin greet their supporters after making a public address following the announcement of the last month's presidential election results at a rural area of Jakarta, Indonesia, May 21, 2019. (Photo: VCG)

In a congratulatory message, Xi pointed out that China and Indonesia are natural partners as they are both large developing countries and share broad common interests at bilateral, regional and multilateral levels.

Over recent years, the two countries have taken the opportunity of jointly developing the Belt and Road to further synergize their development strategies and have achieved fruitful results in practical cooperation in various fields, ushering their relations into a new phase of rapid development, Xi said.

Xi said he attaches great importance to China-Indonesia ties, and will continue to work with Widodo to build on the progress made in the past five years and lift the comprehensive strategic partnership between the two countries to higher levels, so as to bring benefits to both countries and peoples.