BEIJING, Sept. 18 (Xinhua) -- The 6th Summit of Heads of State and Government of the Community of Latin American and Caribbean States (CELAC) was held Saturday in Mexico City. At the invitation of Mexico, the rotating presidency of CELAC, Chinese President Xi Jinping delivered a video speech to the summit. 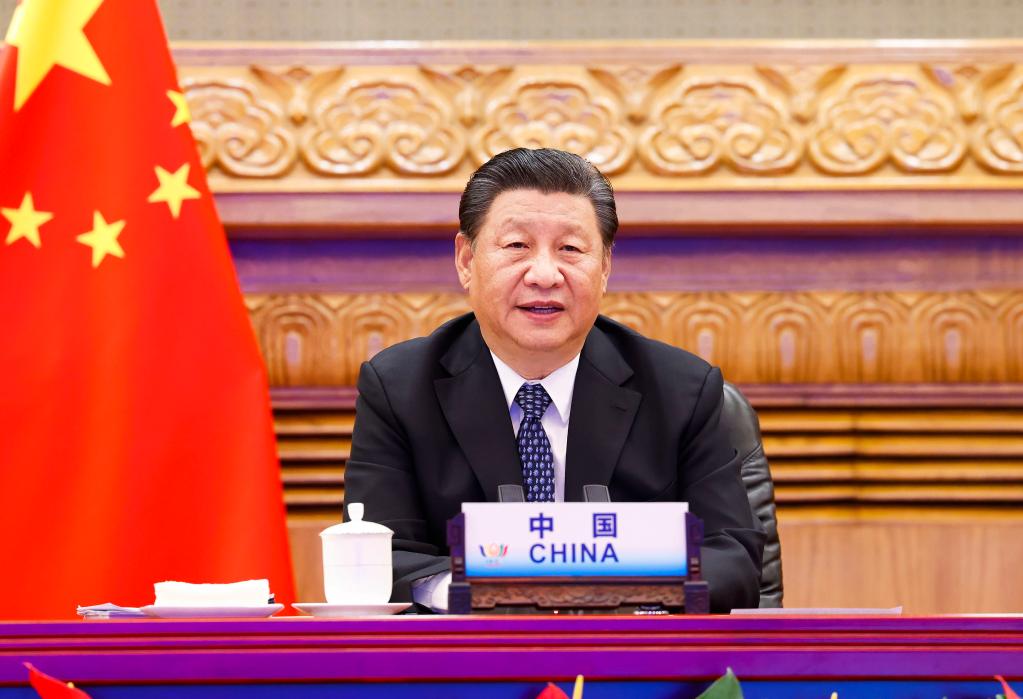 Xi pointed out that 10 years ago, CELAC was born under the efforts of Latin American and Caribbean countries to pursue independence and seek strength in unity, which was a milestone in the process of regional integration. In the past 10 years, CELAC has played an important role in maintaining peace and stability and promoting common development in the region.

Xi said that China attaches great importance to developing relations with CELAC, and supports CELAC in coordinating regional countries to carry out cooperation and cope with challenges.

"In July 2014, the leaders of regional countries and I jointly announced the establishment of the Forum of China and CELAC, which has developed a new way for the comprehensive cooperation between China and Latin America," said Xi.

He added that over the past seven years, the forum has flourished and become a major platform for bringing together friendly forces from all walks of life in China and Latin America, and has made important contributions to deepening China-Latin America relations.

"China-Latin America friendship is time-honored and deeply rooted in the hearts of the people," said Xi.

He noted that since last year, facing the unexpected COVID-19 outbreak, China and Latin America have lent each other a helping hand and carried out all-around cooperation against the pandemic.