BEIJING, Sept. 3 (Xinhua) -- President Xi Jinping on Tuesday called on officials, particularly young officials, to maintain a fighting spirit and strengthen their ability to struggle, to strive for achieving the two centenary goals and the Chinese Dream of national rejuvenation. 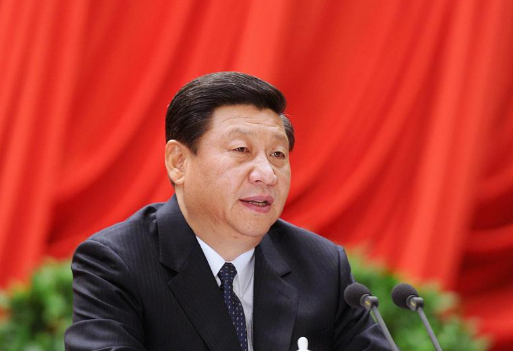 Xi, also general secretary of the Communist Party of China (CPC) Central Committee and chairman of the Central Military Commission, made the statement during the opening ceremony of a training program for young and middle-aged officials at the Party School of CPC Central Committee (National Academy of Governance).

Xi reminded the officials of both a hard-won historic opportunity and a series of major risks and tests the country faces, adding that maintaining a fighting spirit and strengthening the ability to struggle is a must in meeting the targets set by the Party.

He warned of growing complexity of risks and tests which can be "unthinkably challenging," stressed the long-term nature of various struggles, and called for the courage to fight and the mettle to win.

Xi said a general direction in carrying out various struggles is that the leadership of the CPC and the country's socialist system must be unwaveringly upheld.

He called for absolute determination to fight and overcome any risk or challenge that endangers the CPC leadership and the socialist system, harms China's sovereignty, security, and development interests, jeopardizes the core and fundamental interests of the country and the people, or hinders the realization of the two centenary goals and the Chinese Dream of national rejuvenation.

Xi said leading officials should have foresightedness to be aware of where risks lie, how they manifest themselves and what trends they follow, and have the resolve to fight when they are called for.

He emphasized the art of struggle and the need to apply proper strategies and methods.

Xi stressed rigorous ideological, political and practical training for leading officials, noting that no matter what post they hold, it is necessary to develop and maintain a firm spirit, a resolute will and outstanding capabilities to carry out various struggles in their work.