CHINA Xi encourages exchanges among youths from across the world

Xi encourages exchanges among youths from across the world

BEIJING, Aug. 12 (Xinhua) -- More overseas youths are welcome to China for exchanges, Chinese President Xi Jinping said Tuesday, expressing his hope that young people at home and abroad will enhance mutual understanding, develop friendship and achieve mutual success, thus contribute to the building of a community with a shared future for humanity.

Xi made the remarks in his reply letter to 36 representatives of young foreign participants from 28 countries at Global Young Leaders Dialogue, hailing them for their active efforts to visit various parts of China and deepen their understanding of the country.

Xi has been, on various bilateral and multilateral occasions, encouraging youths from different countries to strengthen exchanges, mutual understanding and friendship to bridge cultural gaps.

The following are some highlights of his previous remarks in this regard. 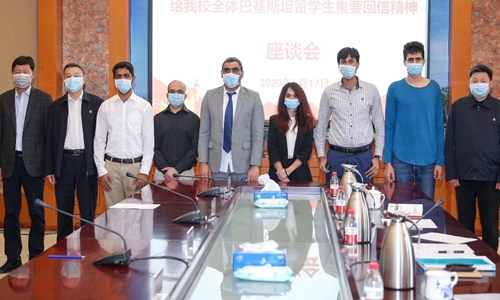 Pakistani students pose for a group photo with University of Science and Technology Beijing staff members on Sunday after receiving a letter of response from Chinese President Xi Jinping. (Photo: Courtesy of USTB)

Xi extended welcome to excellent youth from all countries in the world to study in China in his reply to a letter from all Pakistani students studying in the University of Science and Technology Beijing.

In his letter, Xi encouraged the students to communicate more with their Chinese peers and join hands with youth from all countries to contribute to promoting people-to-people connectivity and building a community with a shared future for humanity.

"A friend in need is a friend indeed," he said, adding that China will continue providing various help to all foreign students studying in the country. 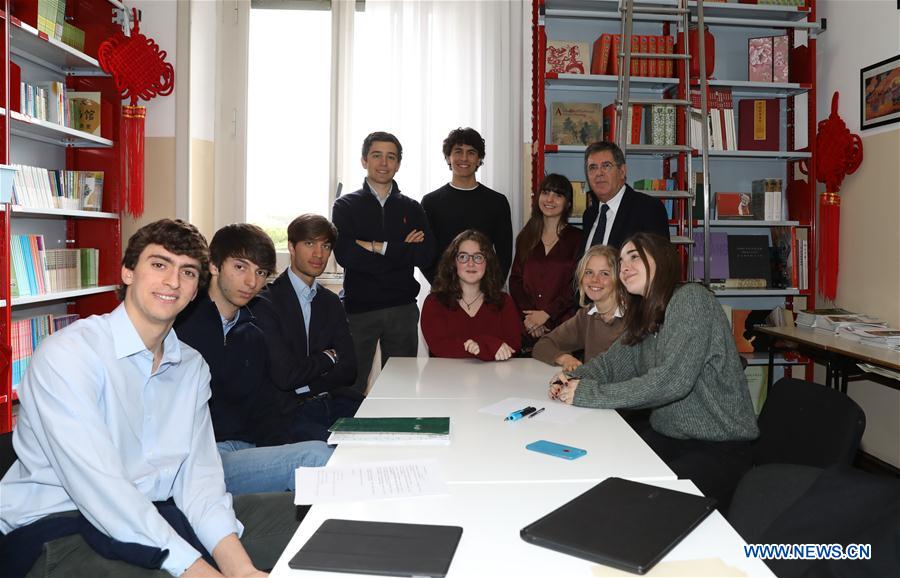 "I hope you will become modern-day Marco Polos, as cultural ambassadors between Italy and China in this new era," Xi said.

"You are welcome to study and work in China, and I hope China will be the place where your dreams come true," he added.

Xi said young people are the future of a nation, and young people from China and Africa represent the future of China-Africa friendship, when replying to a letter from participants of the International Youth Forum on Creativity and Heritage along the Silk Road.

He urged them to engage in more cultural exchanges, continue actively participating the building of the Belt and Road, and carry on traditional friendship between China and African countries.

"The future of the world is in the hands of the younger generation. When young people around the world pursue their ideals and fulfill their responsibilities, mankind will have a more promising future, and there will be an inexhaustible source of strength to support the lofty cause of peace and development," Xi said in a congratulatory message to the opening ceremony of the 9th United Nations Educational, Scientific and Cultural Organization Youth Forum.

"I hope that young people of all countries could see the world with appreciation and in a spirit of sharing and mutual learning, promote exchanges and harmony among different cultures, and contribute to the building of a community with a shared future for mankind," he added. 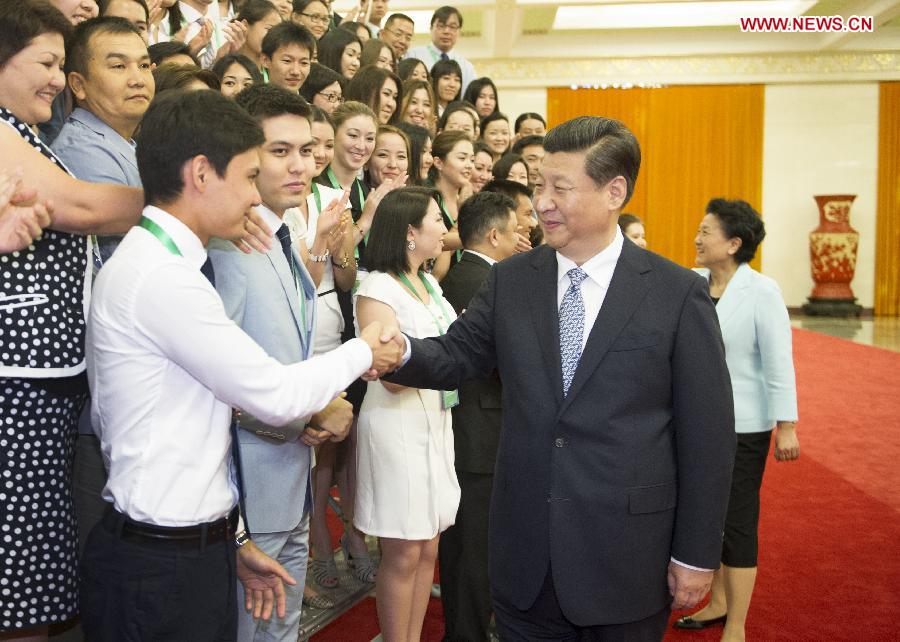 Chinese President Xi Jinping (right, front) meets with a delegation of teachers and students from the Nazarbayev University of Kazakhstan in Beijing, capital of China, on June 24, 2014. (Photo: Xinhua)

"I hope that by this visit, you can know a real China and have a good memory of it. I believe that you will become builders of the China-Kazakhstan friendship in the future," he said.