BEIJING, March 18 (Xinhua) -- Chinese President Xi Jinping on Sunday encouraged students at an Italian school to be cultural ambassadors between the two countries.

The Chinese leader made the remarks in a response letter to President Paolo M. Reale and eight students of Rome Convitto Nazionale Vittorio Emanuele II, an Italian boarding school.

On the eve of Xi's upcoming state visit to Italy, Reale and the students wrote him a letter to express their eager expectations for his visit and their willingness to promote friendship between Italy and China.

In his letter, Xi said he is very pleased to see that the students can express themselves in fluent Chinese.

"Your school has successfully opened a Chinese-language international scientific high school and nurtured a host of young men and women devoted to promoting China-Italy friendly relations," he said.

In their letter, the students said the Confucius Classroom program has provided them with an opportunity to have a closer look at China and enabled them to see the vastness of the world and the value of cultural diversity. 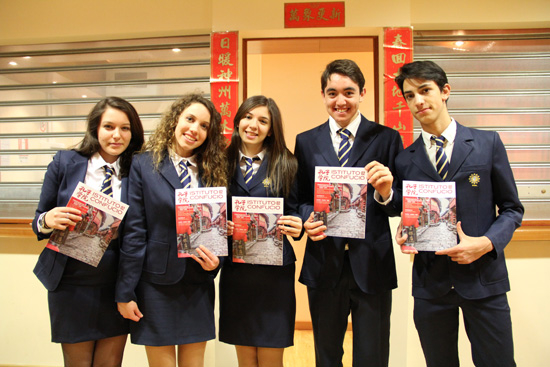 "This is a harvest you have reaped from learning and practice," said the Chinese president.

Xi said he highly appreciates the students' determination to promote dialogue of minds and cultural exchanges between the young generations of the two countries and cement the friendship between the two peoples.

"I hope you will become modern-day Marco Polos, as cultural ambassadors between Italy and China in this new era," he said.

Rome Convitto Nazionale Vittorio Emanuele II is a prestigious boarding school in Italy, which opened in 2009 an international high school that teaches science-related courses in Chinese. The school has the largest Confucius Classroom in Italy, and learning Chinese language and culture is popular among the students.