Throughout the implementation of the 13th Five-Year Plan (2016–2020), Xi laid out the direction for scientific and technological development by putting forward a series of new ideas, assessments and requirements related to implementing an innovation-driven development strategy and accelerating comprehensive technological innovation.

It is said great scientific and technological innovation achievements have taken place in China over the last five years, with the contribution of science and technology to economic growth rising from 55.3 to 59.5 percent.

China reportedly ranks 14th in terms of innovative ability among 131 economies in the world.

On January 4, 2016, Xi went to Chongqing BOE Optoelectronics Technology Company for an inspection.

Young researchers introduced the processes and results of their technological innovation at the research and development center. At the production workshop, robots lifted cicada-wing-thin glass substrate and placed it at the starting point of the production line. Then the high-speed machinery performed nearly 100 procedures to make the substrate ready for use as mobile phone, television and computer screens.

BOE has studied the key technology of semiconductor display to become a leading LCD company.

"Core technologies and major scientific instruments must be in our own hands. Research and development cannot rely on work by anybody else but ourselves," Xi said.

To build a world-class technological innovation platform in information and communication, CICTG was set up by recombining FiberHome Technologies Group and Datang Telecom Technology & Industry Group.

Shortly after its establishment in February 2019, CICTG realized the capability of simultaneous communication of 15 billion people on one optical fiber on the basis of a self-developed 19-core optical fiber.

In the last five years, the fiber has broken records for optical communication many times and its capacity has doubled since 2018.

"Basic research is the source of the whole scientific system," Xi said. He has emphasized this point many times.

Xi proposed that scientists aim at the frontier of world science and technological development while laying a solid basis for future research.

He encouraged scientists to work wholeheartedly to realize major breakthroughs in forward-looking basic research and leading original results to build China into a science and technology giant.

On April 26, 2016, Xi went to the University of Science and Technology of China (USTC) in Hefei, East China’s Anhui Province, for an inspection. 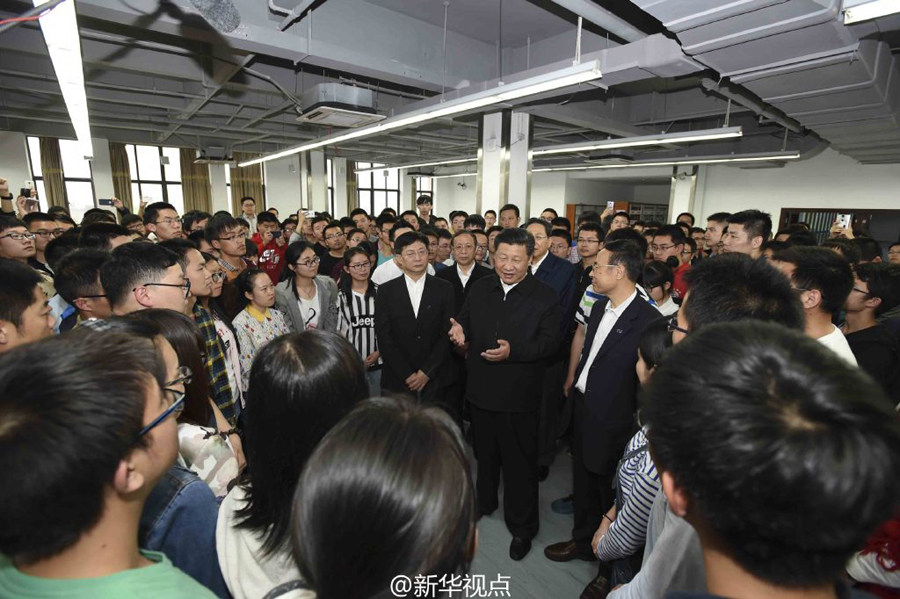 Xi visits the Institute of Advanced Technology in University of Science and Technology of China in Hefei, East China's Anhui Province, on April 26, 2016, where he was introduced to different innovative technologies.

"The arrival of President Xi greatly inspired all the teachers and students in the laboratory to work hard," said Du Jiangfeng, an academician at the Chinese Academy of Sciences (CAS) in Beijing and director of its Spin Magnetic Resonance Laboratory in Hefei.

During the past four years, the laboratory team has achieved many reported firsts in the cutting-edge world of science and technological development.

USTC research groups have made successive breakthroughs in quantum research.

In 2016, Micius, the first quantum satellite in the world, was launched. 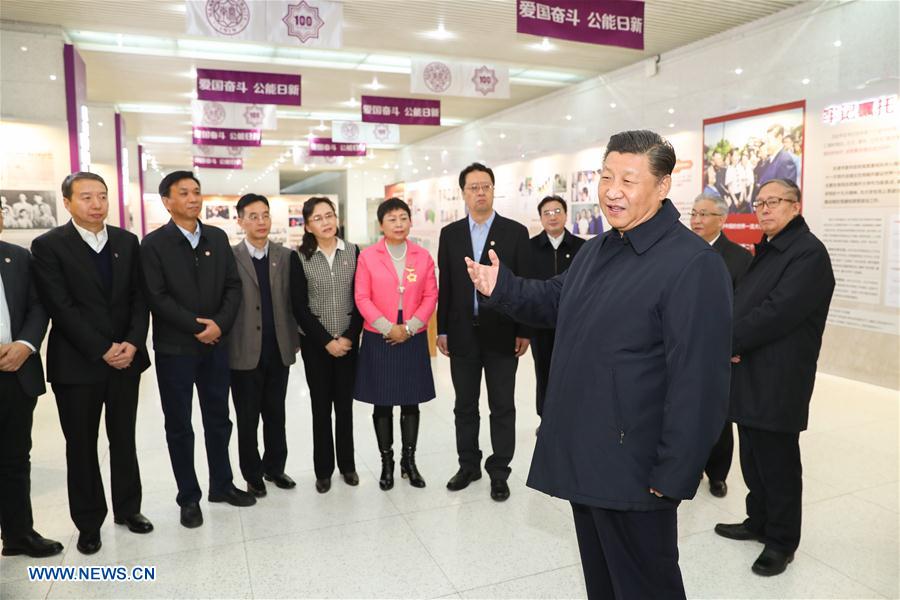 Zhou has led his group to accomplish a major original research result: a chiral catalyst which received the first-class State Natural Science Award, the top scientific award of its kind in China, on January 10 this year.

Xi visited Jinan Innovation Zone in the East China city on the morning of June 14, 2018, to inspect the high-end fault-tolerant computer production base of Inspur Group. 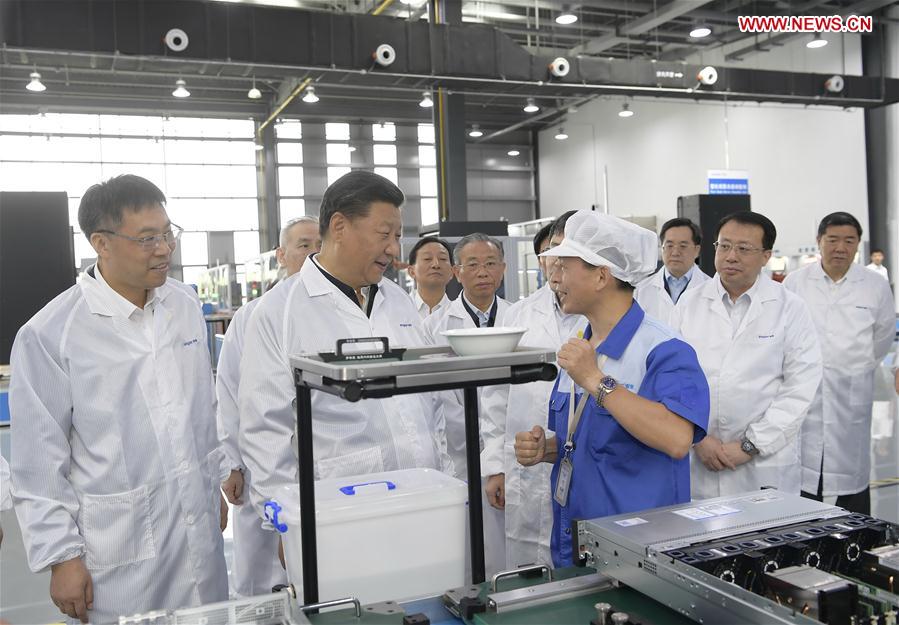 Xi visits a high-end fault tolerant computer production base of the Inspur Group in the high-tech zone of Jinan, capital of East China's Shandong Province, June 14, 2018.

Xi said innovation should be the basis of development and we should make good use of the advantages of socialism that can concentrate resources on large undertakings to cultivate companies with innovative advantages and promote leading development that relies more on innovation and exerts more of a first-mover advantage.