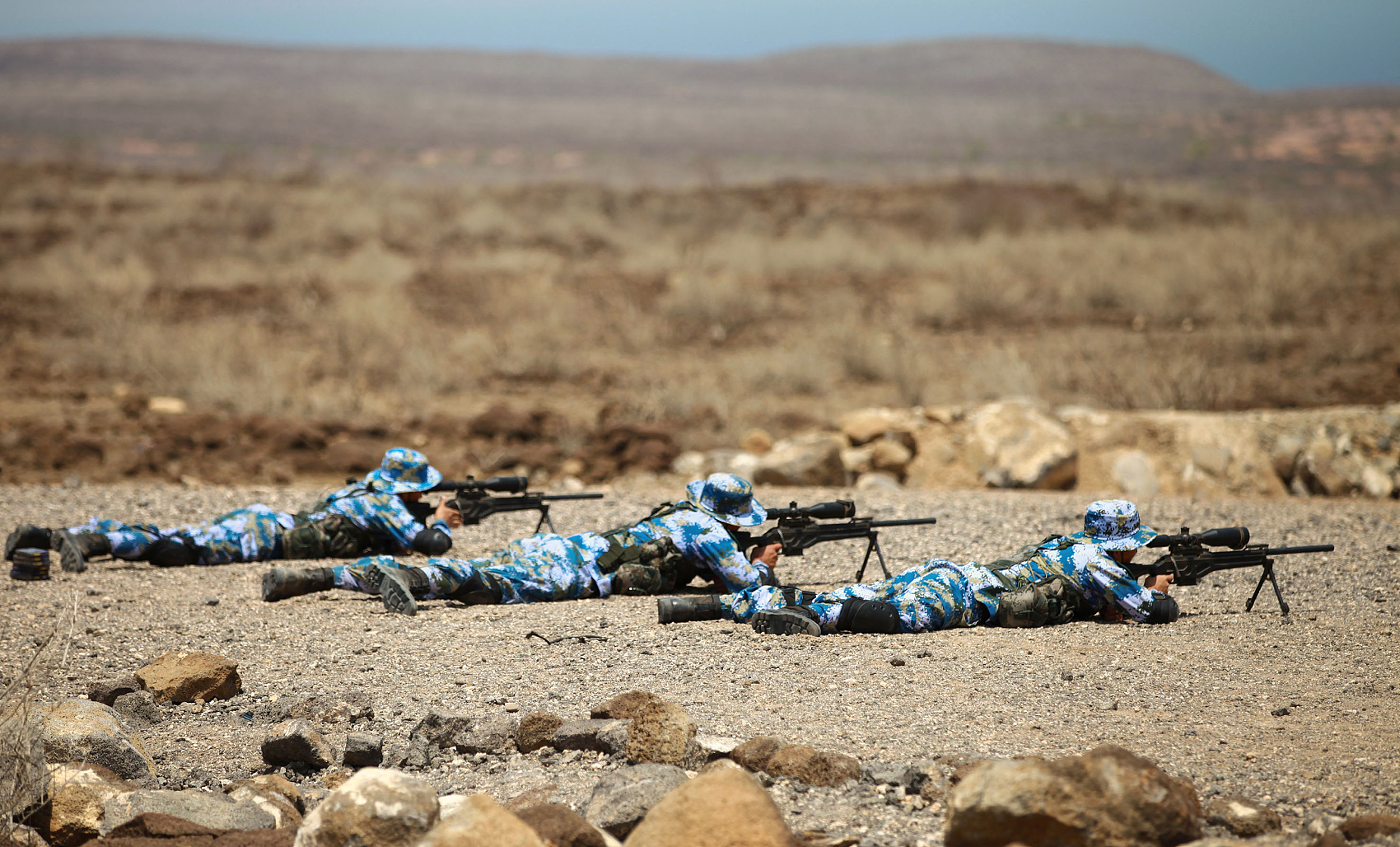 PLA's first military training on its support base in Djibouti. Photo: VCG

Xi, also general secretary of the Communist Party of China Central Committee and chairman of the Central Military Commission (CMC), had a video chat with PLA troops stationed there while inspecting the CMC joint battle command center as its commander in chief.