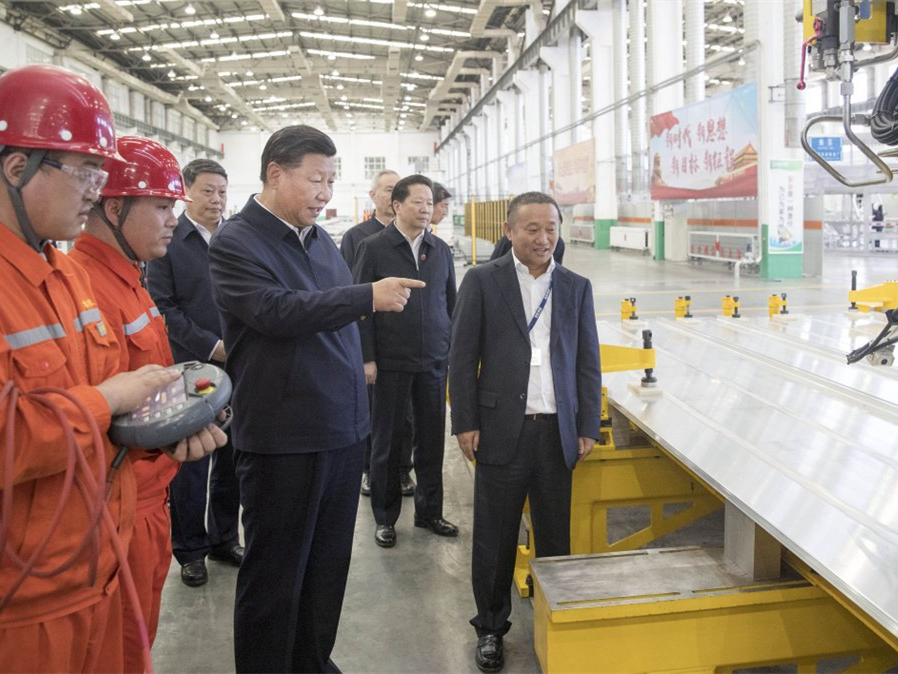 BEIJING, Oct. 21 (Xinhua) -- President Xi Jinping has encouraged private entrepreneurs to have firm confidence in development and work in a down-to-earth way to develop their businesses.

Xi, also general secretary of the Communist Party of China (CPC) Central Committee and chairman of the Central Military Commission, made the remarks in a letter on Saturday in response to some private entrepreneurs having been awarded for their contributions in a poverty relief campaign.

In his letter, Xi spoke highly of the private entrepreneurs' devotion to the cause of fighting poverty.

"I'm delighted to see an increasing number of private entrepreneurs actively shouldering social responsibilities, eagerly devoting themselves to the arduous battle to eradicate poverty, and helping many impoverished people to live a better life," Xi said.

Over 60,000 private enterprises have taken part in the poverty relief campaign, named "10,000 enterprises assisting 10,000 villages," since it started in October 2015, with 100 of them being awarded earlier this month.

The awarded private entrepreneurs recently sent Xi a letter, reporting the experiences of participating in the campaign and expressing their determination to further contribute to poverty eradication.

In the responding letter, Xi said that private enterprises had been thriving and the private economy had been growing in size and strength in the reform and opening-up drive over the past 40 years.

The private economy plays a key role in promoting steady growth, innovation and employment as well as improving people's wellbeing, and has become an important driving force for social and economic development, he said.

Supporting the development of private enterprises has been a consistent principle of the CPC Central Committee, which will be unwaveringly implemented, he stressed.

"I hope that private entrepreneurs will grasp the trend of the era, have firm confidence in development, innovate and create without being distracted, and work in a down-to-earth way in developing their businesses, to jointly create a better tomorrow for the private economy, and make greater contributions to realizing the Chinese Dream of national rejuvenation," Xi said.