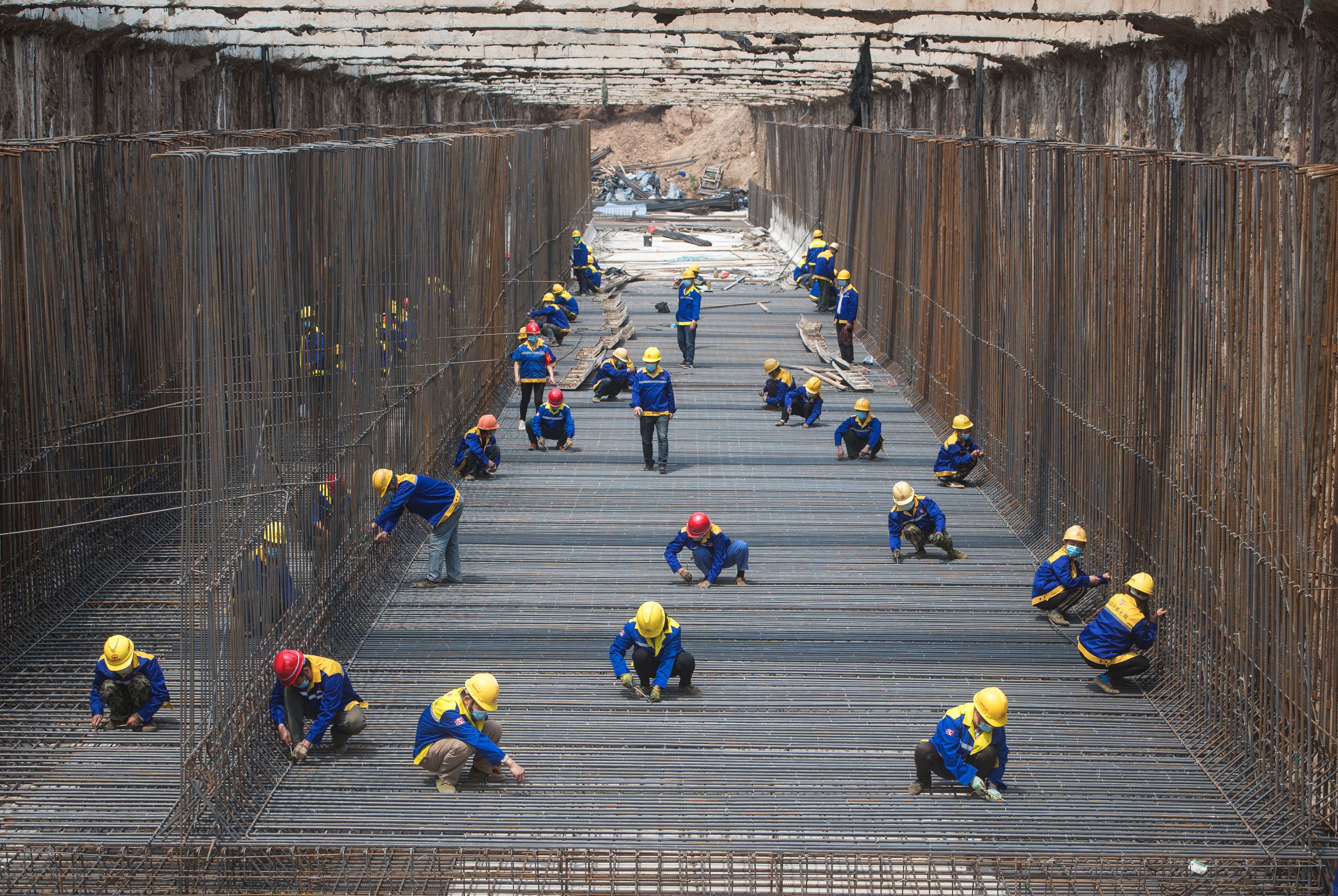 BEIJING, May 1 (Xinhua) -- China is getting the world's largest workforce back to work as the nationwide battle against COVID-19 has secured major strategic achievements.

The unprecedented fight has nurtured new trends in the workplace. For example, more attention is being paid to public health and e-commerce to boost consumption and emerging sectors brought by new applications based on the country's rapid new infrastructure development of 5G networks and data centers.

The 34-year-old mother of two started to take a week off on Monday, one day after her hospital cleared all remaining confirmed COVID-19 patients. The nine ICU wards in her hospital had been kept occupied over the past several months.

Friday marked International Workers' Day, and the start of China's five-day public holiday. Ye said she planned to visit urban parks with her family during the holiday.

At her busiest point, she and her colleagues took care of a ward filled with 40 COVID-19 patients.

"It was a really tough time," she recalled. She had to wear a protective gown and a mask for nine hours a day and be separated from her family to avoid possible cross-infections.

Wuhan, capital of central China's Hubei Province and once hard hit by COVID-19, cleared all confirmed cases in hospitals on April 26. Over 42,000 medical workers mobilized nationwide to aid Hubei have contributed to achieving a decisive outcome in the fight to defend Hubei and Wuhan.

In an inspection tour to Wuhan on March 10, President Xi Jinping, also general secretary of the Communist Party of China Central Committee and chairman of the Central Military Commission, lauded medical workers as "the most beautiful angels" and "messengers of light and hope."

To reward brave and dedicated medics, major tourist sites in Hubei are offering free entry to medical staff over the following two years.

"We have a new batch of supplies today. Those who did not get the goods should hurry to buy now," said Li Xuying, a livestreaming anchorwoman selling agaric mushrooms in Zhashui, a small county deep in the Qinling Mountains in northwest China's Shaanxi Province.

Li has been prepared for a boom of online shopping in the holiday, because online buyers rushed to her livestreaming website to place orders, after Xi inspected the county and chatted with her in the village of Jinmi during a recent tour to Shaanxi.

Li was one of the 10 sales staff sent by the local agricultural e-commerce firm to Chinese e-commerce platform Taobao's headquarters for livestreaming training. She said livestreaming is effective in bridging buyers and farmers, through which viewers can watch planting and harvesting online.

With the number of netizens in China reaching 904 million in March, e-commerce has been one of the popular means of promoting the sale of farm produce and helping farmers shake off poverty. Despite the impact of COVID-19, the country is determined to eradicate absolute poverty by the end of this year.

As an elasticity calculation engineer of Alibaba Cloud, Zhao Kun and his colleagues always stay on alert for high data flow, for example, brought by the anticipated online shopping spike during the holiday.

"The profession, which may sound obscure, is actually closely connected to everyone's life, as cloud computing is the infrastructure supporting high-tech applications of artificial intelligence and blockchain," said Zhao.

Seizing the opportunities of industrial digitization and digital industrialization, China needs to expedite the construction of "new infrastructure" projects such as 5G networks and data centers, and deploy strategic emerging sectors and industries of the future including the digital economy, life health services and new materials, President Xi has said.

During the epidemic, Zhao and his colleagues expanded more than 100,000 cloud servers to ensure the stable operation of "cloud classrooms" and "cloud offices" for millions of people working and studying from home.

In the "new infrastructure" building, people like Zhao contribute to constructing the virtual infrastructure of an ecosystem, which enables e-commerce, e-payment, online teaching and the digital transformation of manufacturing and supply chain management.

In early April, China released a plan on promoting the transformation of enterprises toward digitalization and intelligence by further expanding the application of cloud and data technologies, to nurture new business models of the digital economy.