BEIJING, Oct. 7 (Xinhua) -- Chinese President Xi Jinping exchanged congratulatory messages from Friday to Monday respectively with his counterparts of Bulgaria, Romania, the Czech Republic, Slovakia, Hungary and Poland on the 70th anniversary of the establishment of bilateral diplomatic ties. 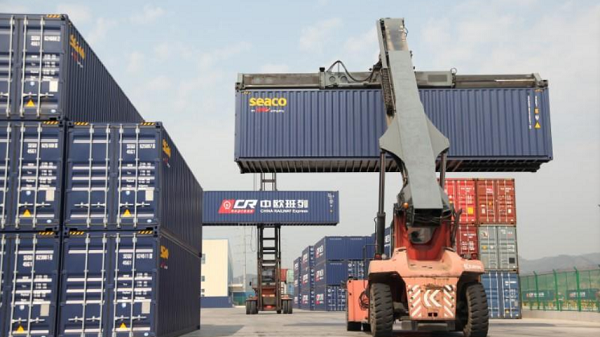 On behalf of the Chinese government and the Chinese people, Xi extended warm congratulations and good wishes to the governments and peoples of the six Central and Eastern European countries (CEECs), which are among the first group of countries to recognize and set up diplomatic relations with the People's Republic of China after its establishment on Oct.1, 1949.

Over the past seven decades, China and the six countries have pushed forward their relations in line with the principles of mutual respect, equality and mutual benefit, and brought tangible benefits to their peoples, noted the Chinese president.

Nowadays, they enjoy close high-level exchanges, fruitful cooperation in various fields and colorful people-to-people exchanges, Xi said, adding that in the new era relations between China and the six countries are facing new and broader prospects.

Xi reiterated that he attaches great importance to the development of relations between China and the six countries, and stands ready to join hands with his counterparts to take the 70th anniversary as a new starting point, seize the opportunities created by Belt and Road Initiative (BRI) cooperation and China-CEEC cooperation, and lift their countries' traditional friendly and cooperative relationships to higher levels.

The heads of state of the six CEECs said that over the past 70 years relations between their respective countries and China have withstood the tests both of time and of the vicissitudes in the international arena, and achieved great development and fruitful results.

They spoke highly of the splendid achievements China has made in the course of pursuing modernization and realizing the Chinese Dream, saying they attach great importance to their countries' relations with China, cherish the traditional friendships with China, and are willing to comprehensively strengthen bilateral exchanges and cooperation with China and push forward BRI cooperation and China-CEEC cooperation.

China, Li said, stands ready to work with the six countries to take the 70th anniversary as an opportunity to deepen mutual political trust, promote practical cooperation in various fields, and push for greater progress in BRI cooperation, China-CEEC cooperation and China-EU cooperation.

The six prime ministers said they look forward to continuously lifting the levels of practical cooperation with China and jointly opening a promising future for bilateral relations with China and for China-CEEC cooperation.