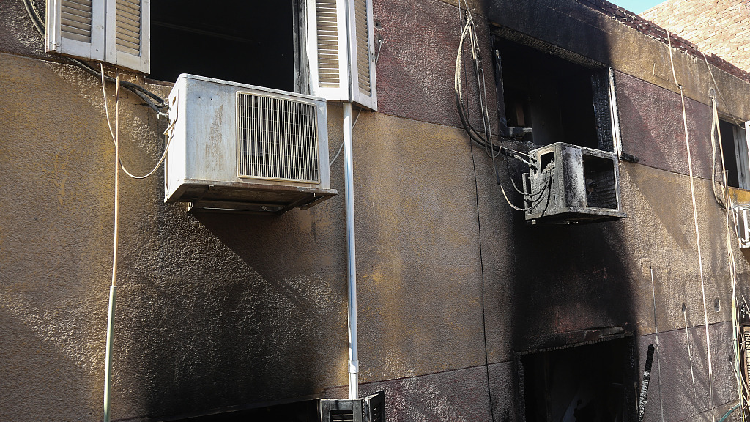 (Damage is seen after a fire tore through a Coptic Christian church in Giza, Egypt, August 14, 2022. (Photo: CFP)

In his message, Xi said he was shocked to learn of the church fire, which caused heavy casualties.

On behalf of the Chinese government and people and in his own name, Xi expressed deep condolences for those killed in the fire and sincere sympathies to the bereaved families and the injured, and wished the injured a quick recovery.