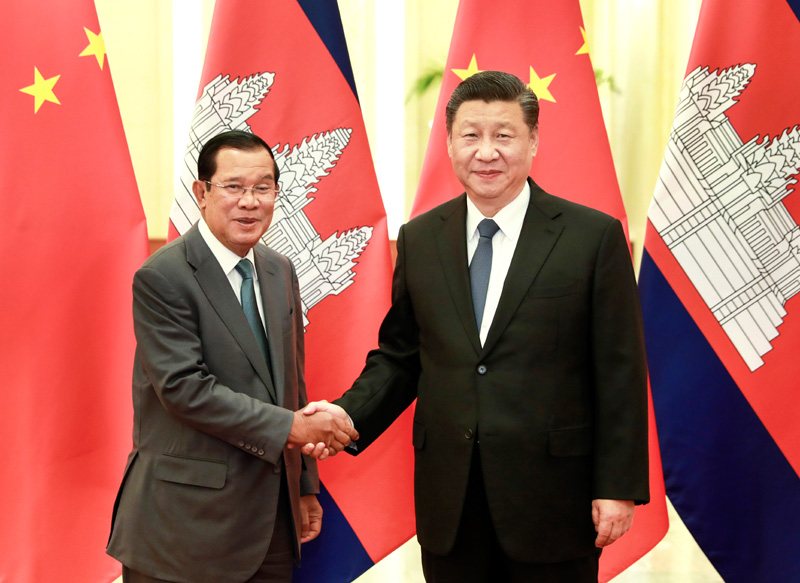 In his message, Xi said that on the occasion of the 70th anniversary of the CPP's founding, he would like to extend warm congratulations to Hun Sen, the CPP and the Cambodian people on behalf of the CPC and the Chinese people, as wells as in his own name.

Xi pointed out that for a long time, the CPP has been uniting and leading the Cambodian people in advancing the cause of national construction and development, making positive contributions to regional stability and prosperity.

China, as always, will support Cambodia in pursuing a development path that suits its national conditions, Xi said, expressing China's confidence that under the right leadership of Hun Sen, the CPP will continue to make new and greater contributions to the prosperity of Cambodia and the happiness of the Cambodian people, as well as to regional peace and development.

Xi stressed that China and Cambodia are staunch friends and a community with a shared future, with their relations having long enjoyed high-level development.

Since the onset of the COVID-19 pandemic, the two sides have pulled together and helped each other, and have vividly illustrated their unbreakable and everlasting friendship with concrete actions, Xi said.