BEIJING, May 31 (Xinhua) -- President Xi Jinping has extended festive greetings to children across China ahead of International Children's Day, which falls on June 1. 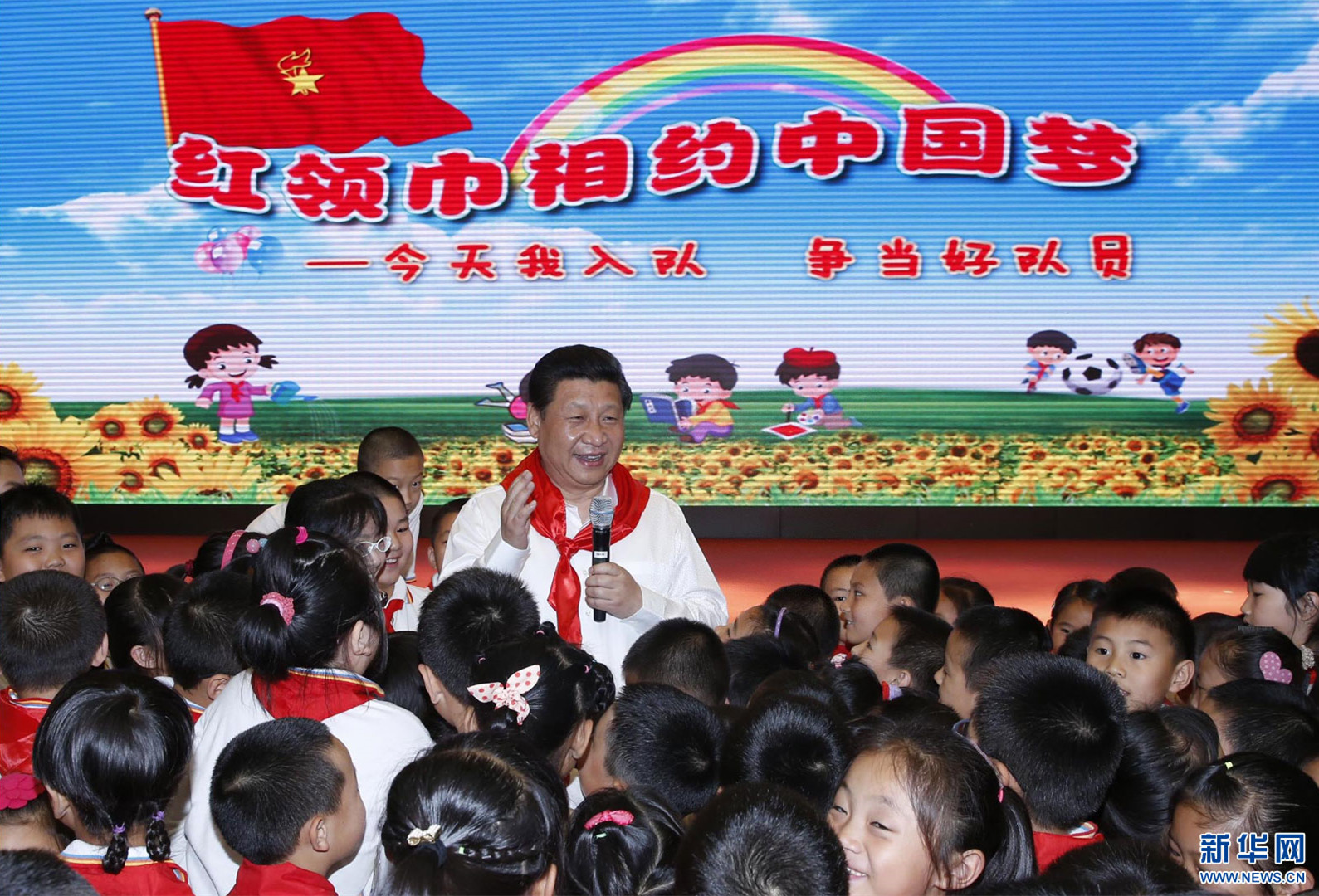 When writing back to members of the Chinese Young Pioneers (CYP) at a primary school in east China's Jiangsu Province on Sunday, Xi, also general secretary of the Communist Party of China (CPC) Central Committee and chairman of the Central Military Commission, urged them to learn the Party's history and to have firm faith in following the Party from a young age.

Xi urged the children to apply what they have learned from the Party's history to their own lives, follow the example of heroic role models, study hard, and foster faith and integrity.

The CYP members, who wrote to Xi recently, are from a primary school named Xin'an, established by renowned Chinese educator Tao Xingzhi in 1929.

In the letter, the students told Xi their gains in learning the histories of their school and the CPC, and expressed their resolve in passing on the revolutionary traditions.

In October 1935, 14 students from the school formed a patriotic art troupe. For 17 years, the troupe traveled across China to spread the Party's messages, contributing to the victories of the War of Resistance Against Japanese Aggression and the War of Liberation.

Xi said the Xin'an troupe feared no hardships, used arts as "weapons" and rallied the public into fighting Japanese aggression and saving the nation, demonstrating their spirit of patriotism and striving.