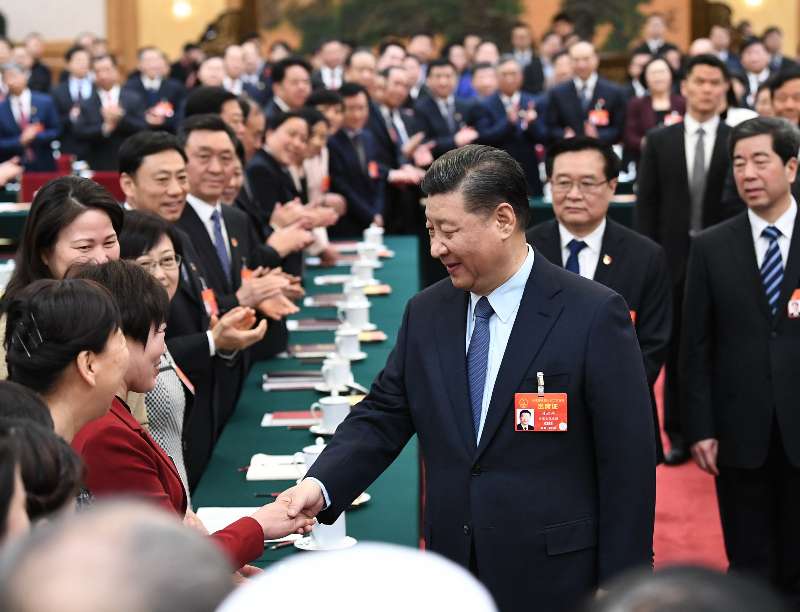 BEIJING, March 8 (Xinhua) -- Chinese President Xi Jinping extended greetings and best wishes to female lawmakers, political advisors and staff workers at the ongoing "two sessions," and also to women of all ethnic groups and from all walks of life, on Friday, the International Women's Day.

Xi, also general secretary of the Communist Party of China (CPC) Central Committee and chairman of the Central Military Commission, expressed his greetings when joining deliberation with deputies from central China's Henan Province at the second session of the 13th National People's Congress, China's national legislature.