BEIJING, Feb. 3 (Xinhua) - President Xi Jinping extended greetings to Chinese people of all ethnic groups, compatriots in Hong Kong, Macao and Taiwan and overseas Chinese on Sunday, ahead of the Spring Festival. 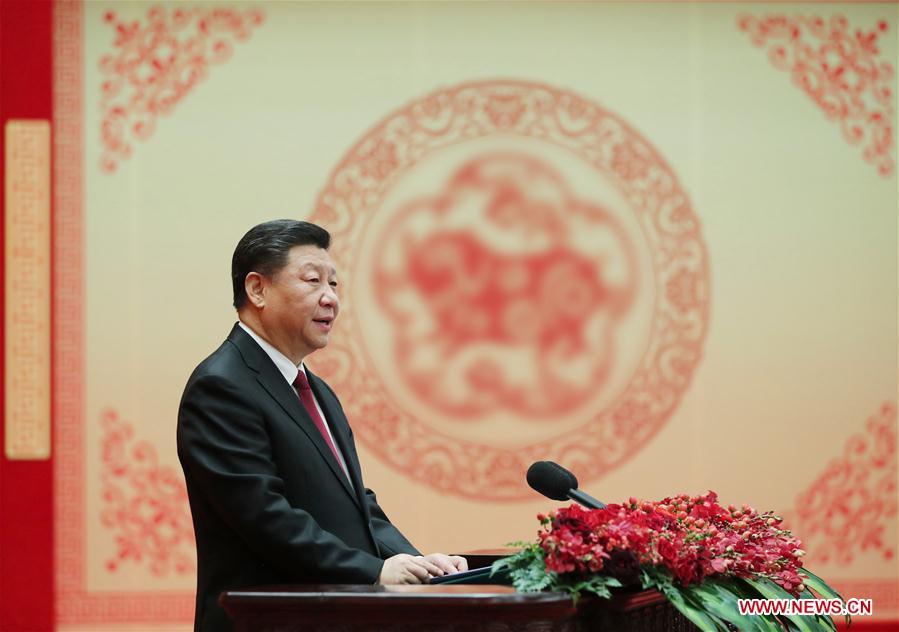 Chinese President Xi Jinping, also general secretary of the Communist Party of China (CPC) Central Committee and chairman of the Central Military Commission, addresses a Spring Festival reception at the Great Hall of the People in Beijing, capital of China, Feb. 3, 2019. (Photos: Xinhua)

"In the past year... we have made efforts and achieved a lot," he said while addressing a festival reception at the Great Hall of the People in Beijing.

In the speech, Xi noted that Chinese people had a hard but fulfilling year.

The Chinese economy remained steady while making progress, with new steps taken in reform and opening-up, he said.

Defense and military reforms extended to a deeper level, major country diplomacy with Chinese characteristics opened a new chapter and Party governance further improved, he said. "Chinese society has been stable, and the people have enjoyed a stronger sense of fulfillment, happiness and security."

Xi spoke of the need in the new year to adhere to the new development philosophy, advance high-quality development, continue the earnest fight in the "three critical battles" against risks, poverty and pollution and take coordinated steps to ensure steady growth, advance reform, make structural adjustments, improve living standards and guard against risks. 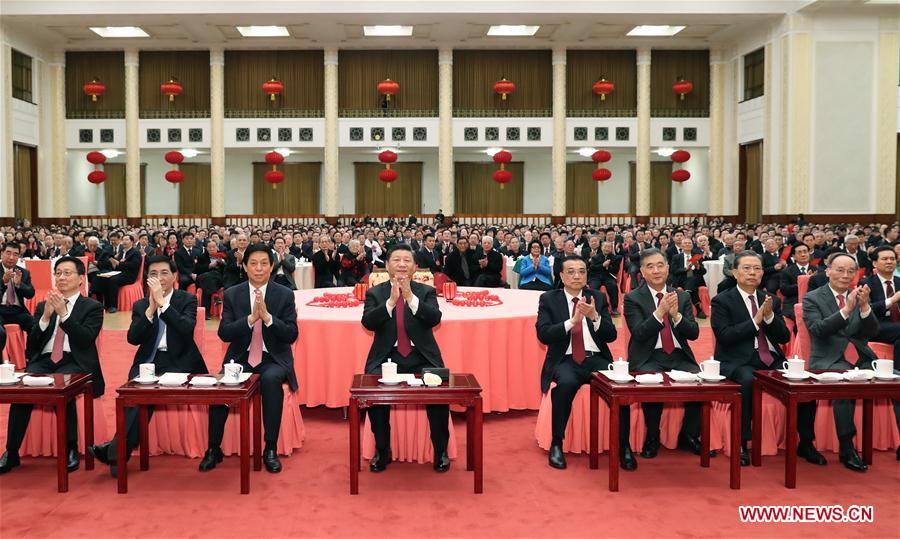 Xi called for efforts to create a growing sense of fulfillment, happiness and security in people, promote sustained and sound economic growth and maintain law and order to lay a crucial foundation for building a moderately prosperous society in all respects and celebrate the 70th anniversary of the founding of the People's Republic of China with great achievements.

After working so hard for a whole year, it is time for family members to gather for New Year's Eve dinner and stay up all night to usher in the new year, Xi said.

Xi spoke of the need to enhance people's love for the family and the country, nurture and practice core socialist values, promote the spirits of patriotism, collectivism and socialism and advocate combining the love for family with the love for the country so that every individual and every family can make contributions to the big family of the Chinese nation.

Having become an aging society, China should make great efforts to ensure the elderly are well respected, taken care of, and supported, and promote programs for the elderly so that they can all enjoy a happy life, Xi said.