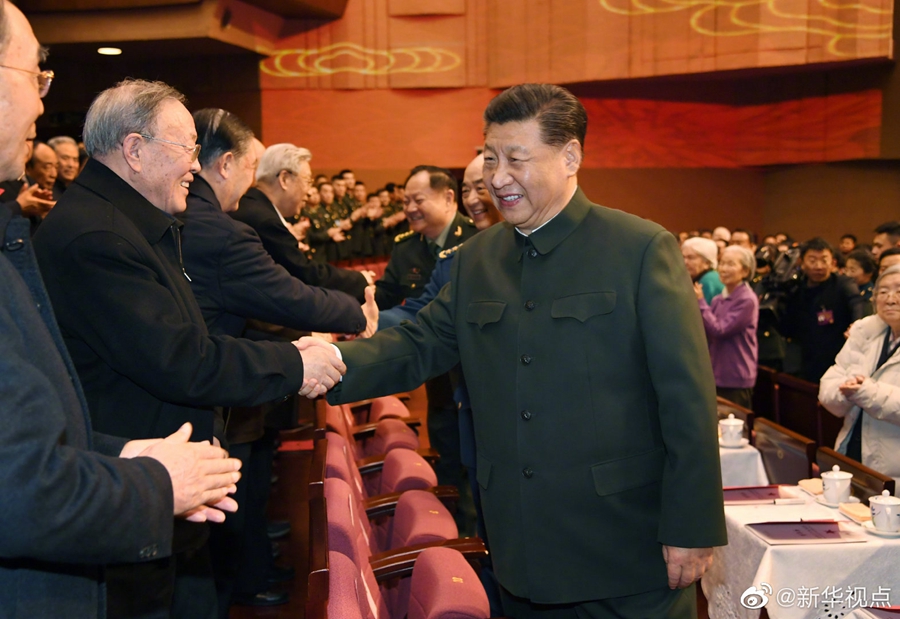 Xi, also general secretary of the Communist Party of China (CPC) Central Committee and chairman of the Central Military Commission (CMC), extended the greetings when attending a gala held by the CMC for retired military officers of Beijing-based troops.

Together with the veterans, Xi looked back on the major achievements made by the Party, the country and the military in 2019.

The military veterans and retired officers vowed to rally more closely around the CPC Central Committee with Comrade Xi Jinping at the core, follow the guidance of Xi Jinping Thought on Socialism with Chinese Characteristics for a New Era and implement Xi Jinping's thinking on strengthening the military.

They expressed readiness to make new contributions to realizing the 2020 goal for the building of national defense and the armed forces and to securing a victory in building a moderately prosperous society in all respects.