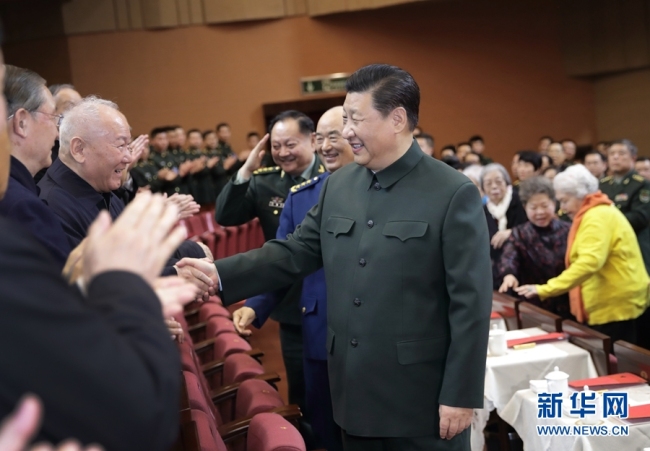 Xi, also general secretary of the Communist Party of China Central Committee and chairman of the Central Military Commission, watched a gala for retired military officials with Beijing-based troops.

Xi shook hands with the retirees and asked about their health and lives.

Songs and dances about building strong armed forces and the military's loyalty to the Party were performed.