In a telephone conversation with Prime Minister Keith Rowley of Trinidad and Tobago, Xi added that China is willing to make joint efforts with the Caribbean country to deepen their traditional friendship, consolidate cooperation in such traditional areas as energy, telecommunications and infrastructure, and actively explore collaboration in new energy, digital economy, interconnectivity and other new areas. 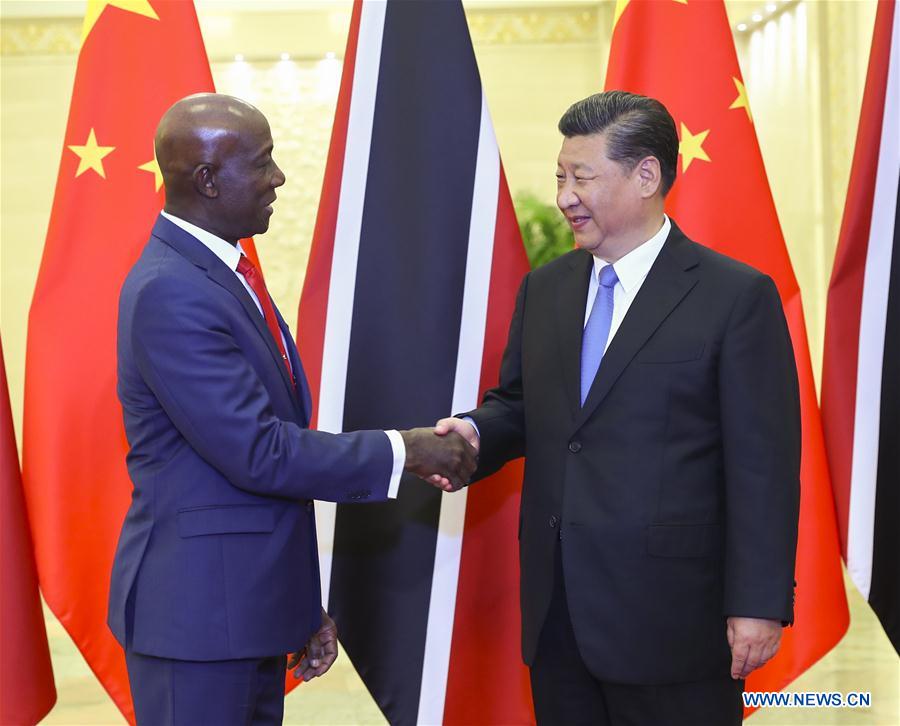 Noting that Trinidad and Tobago is an important partner of China in the Caribbean region, Xi said since the COVID-19 epidemic broke out, the two sides have helped each other in times of adversity.

Trinidad and Tobago is the first among Latin American and Caribbean countries to donate aid materials to China, and China has also provided anti-epidemic supplies and technical assistance for Trinidad and Tobago through various channels, Xi said.

China is willing to strengthen vaccine cooperation with Trinidad and Tobago, and to continue to support the country in fighting the epidemic, Xi said.

This year marks the 50th anniversary of the restoration of the lawful seat of the People's Republic of China in the United Nations, Xi stressed, adding that China will never forget the valuable support of Trinidad and Tobago.

He expressed appreciation for Trinidad and Tobago's support to China's legitimate positions over issues related to Hong Kong, Xinjiang and Taiwan.

China stands ready to reinforce collaboration with Trinidad and Tobago in international and multilateral affairs, safeguard common interests of developing countries and promote the building of a community with a shared future for mankind, Xi said.

China expects a positive role of Trinidad and Tobago in promoting China's relations with Caribbean countries, and in advancing the overall cooperation between China and Latin America, he noted.