CHINA Xi Focus-Closeup: All aboard China's fast train to development

Xi Focus-Closeup: All aboard China's fast train to development 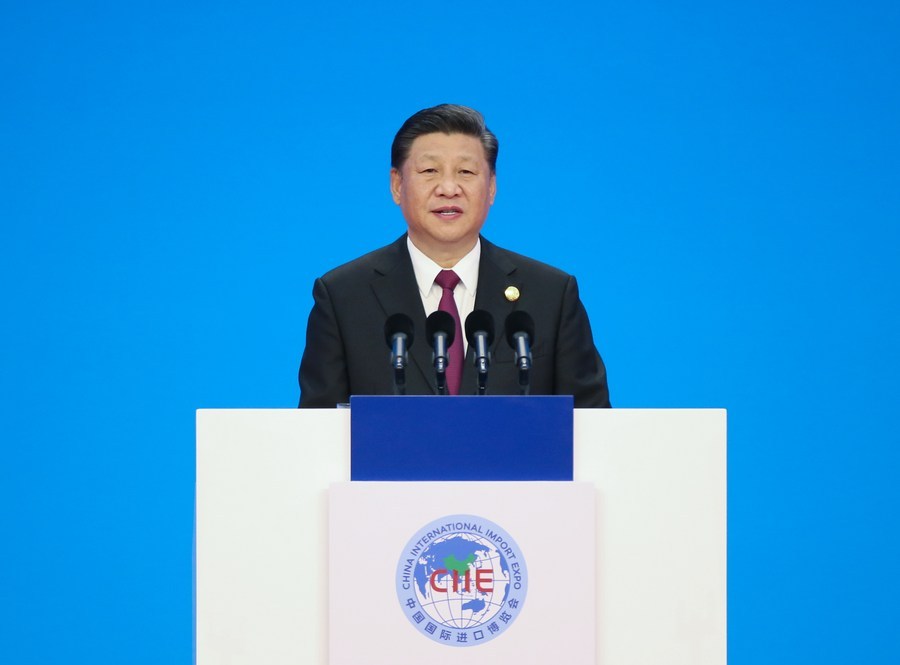 BEIJING, Nov. 3 (Xinhua) -- What does a high-speed train, which runs at 350 km per hour, have in common with China's approach to global cooperation? Foreign leaders at the China International Import Expo (CIIE), not only found out but got on board, too.

In November 2018, during the inaugural CIIE in Shanghai, President Xi Jinping invited foreign leaders to take a simulator of the Fuxing, China's fastest high-speed train in service, on a test drive.

The guests were impressed by the speed of the train.

When Xi told the group, "We are all on board," he was probably not only describing the exhibit, but also the CIIE.

Xi has welcomed countries around the world to get on board the express train of China's development. 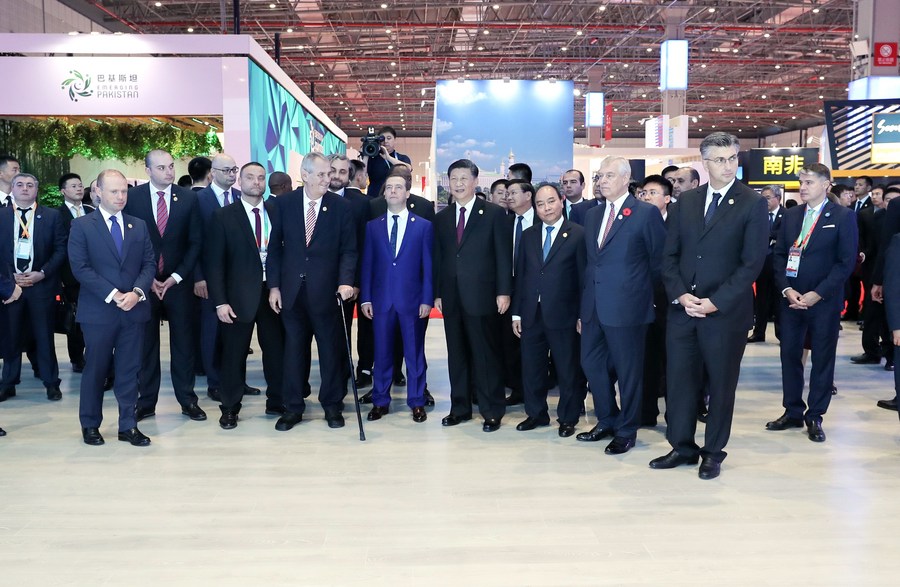 Chinese President Xi Jinping and foreign leaders who are attending the first China International Import Expo (CIIE) tour around the Country Pavilion for Trade and Investment, which showcases development achievements and feature products from more than 80 countries, in Shanghai, East China, on November 5, 2018.

Planned, proposed, and promoted by Xi, the CIIE is the world's first import expo held at the national level.

It is an important decision made by China to pursue a new round of high-level opening-up, and is China's major initiative to widen market access for the world, according to the speech made by Xi at the opening of the first CIIE.

With a population of 1.4 billion and over 400 million middle-income earners, the domestic consumer market is unparalleled in size and growth potential. The expo serves as a platform to deepen international business cooperation for shared prosperity and progress.

"The CIIE has been a great access to learn more about the Chinese market and actually meet potential customers and partners," said Kevin Liu, senior China representative for Scottish Development International, a trade and investment agency. 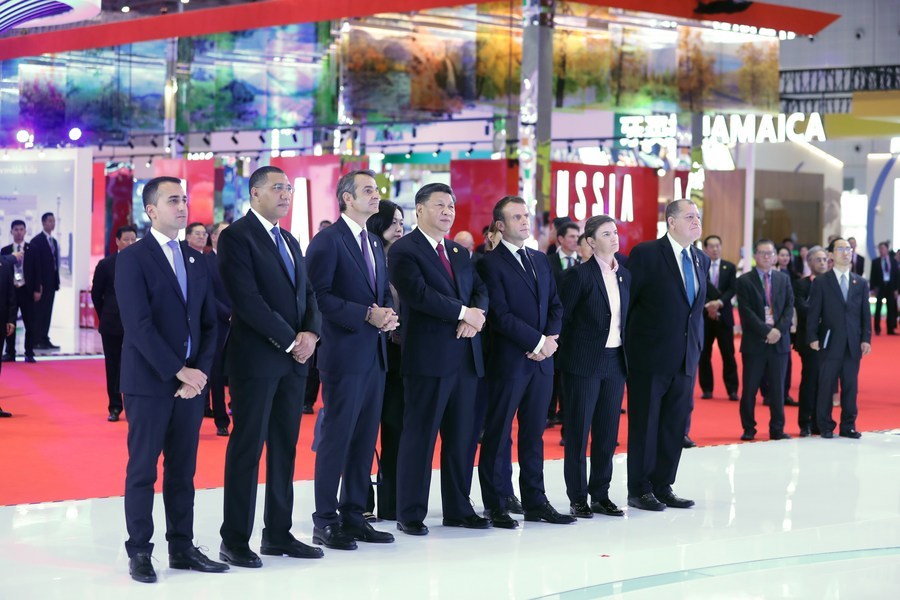 Chinese President Xi Jinping, together with foreign leaders who are attending the second China International Import Expo (CIIE), tour the exhibitions after an opening ceremony of the CIIE in Shanghai, East China, on November 5, 2019.

Since the inaugural event, the CIIE has seen fruitful results. Despite the impact of COVID-19, the third CIIE saw $72.62 billion worth of deals reached for intended one-year purchases of goods and services, following $71.13 billion for the second and $57.83 billion for the first CIIE.

At the 2020 event, nearly 80 percent of the world's top 500 companies and industry leaders that participated in previous expos returned. 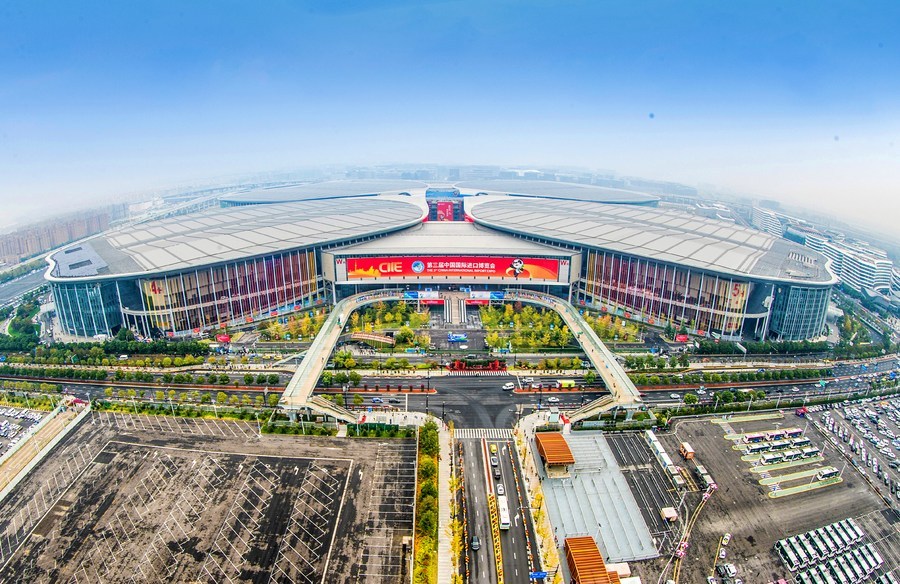 A view of the National Exhibition and Convention Center (Shanghai), the main venue of the 3rd China International Import Expo (CIIE), in East China's Shanghai, on on November 3, 2020.

This year, nearly 3,000 businesses from 127 countries and regions are expected to attend the 4th CIIE, scheduled for November 5 to 10.

Khairy Tourk, professor of economics with the Stuart School of Business at the Illinois Institute of Technology in Chicago, said the CIIE is a positive step in boosting the morale and confidence of nations whose economies have been hit hard by the pandemic.

And China has changed from being the factory of the world to being the largest marketplace in the world, Tourk said.