BEIJING, Nov. 2 (Xinhua) -- Long Decheng celebrated her birthday for the first time this year, at the age of 79.

She asked her son to serve a free bowl of spicy rice tofu to each visitor at their family eatery and, wearing a paper crown, made a wish in front of a birthday cake.

"I didn't have the money and wasn't in the mood for a birthday celebration in the past. Now, life is much better, and I wanted to try that experience," said Long, from Shibadong Village in Xiangxi Tujia and Miao Autonomous Prefecture, central China's Hunan Province.

On Nov. 3, 2013, right in her courtyard, Chinese President Xi Jinping first put forward the concept of "targeted poverty alleviation" while visiting the then impoverished village during an inspection of Hunan. 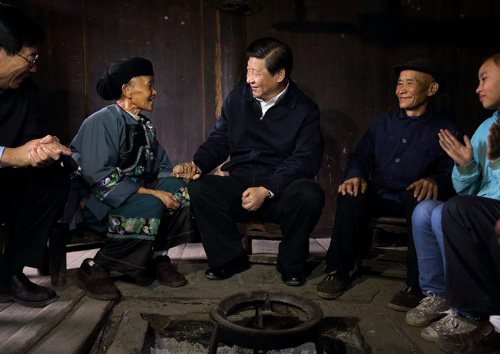 The concept, which requires tailoring relief measures to different local conditions, was included in the first-ever resolution addressing poverty eradication in rural areas adopted by the UN General Assembly in 2018.

NO ONE LEFT BEHIND

Long still remembers the details of Xi's visit. "We had a lot of people on that day. Some had to stand because we did not have enough stools," she recalled.

Shibadong Village has now become a tourist attraction not only for its beautiful rural landscape, but also because it is the birthplace of and a testing ground for targeted poverty alleviation efforts.

By receiving tourists, Long's rural-style restaurant brings the family an annual net income of 160,000 yuan (about 24,000 U.S. dollars). Her youngest son, who runs the restaurant, has just purchased a new car.

Long used to store her newest Miao-style clothes deep in her wardrobe, but now wears them every day.

"I'm tired of saving new clothes for the future as we can now afford them," she said.

From 2013 to 2019, the average annual per capita net income of Shibadong Village increased eightfold to more than 14,000 yuan.

China regards impoverished rural areas as the biggest challenge in completing the task of building a moderately prosperous society in all respects.

To meet the country's target of eradicating absolute poverty by 2020, with no one to be left behind, Xi has in recent years visited 14 contiguous impoverished areas and inspected 24 impoverished villages in Hunan, Shanxi, Chongqing, Ningxia, Shaanxi and other provincial-level regions, meeting villagers like Long.

As of October, the poverty rate of these 24 villages dropped to 1.9 percent from 36.1 percent in late 2012, with 23 having shaken off poverty. The per capita annual net income of registered impoverished villagers tripled to nearly 10,000 yuan.

In Luotuowan Village in the deep Taihang Mountains of north China's Hebei Province, villagers no longer have to climb the mountain and chop firewood for heating and cooking. Their new houses are equipped with underfloor heating and tap water.

Unlike in the past when many had nothing to do but squat at their doorsteps to bask in the sun in slack seasons, villagers are busy planting mushrooms, receiving tourists or preparing for the grape plantation.

"Upbeat about the future of our village and attracted by the local industries, many migrant workers like me have returned home," said Gu Tingchun, 64.

About one month after taking the helm of the Party in 2012, Xi braved the winter cold to visit the village in Fuping County, where he called for national efforts to battle poverty. 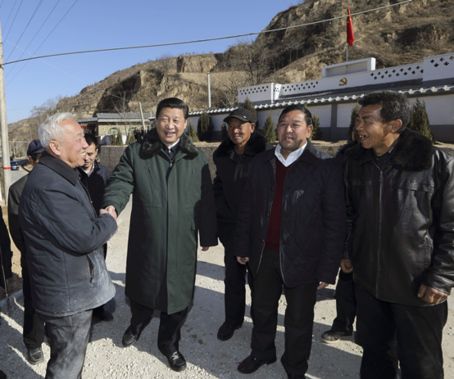 Inspired by Xi's words, Gu decided to quit his job as a furniture delivery man in Beijing to start a mushroom planting business back home, an industry that experts had found suitable for the local climate.

"If the greenhouses are properly managed, the mushrooms can be harvested for five times a year, bringing nearly 30,000 yuan of profit per greenhouse," said Gu, adding that he hired five farmers to pick the mushrooms, paying each of them 100 yuan every day.

Gu's wife cleans guestrooms in a homestay in the village, earning 2,100 yuan every month.

During the same period, China's rural poor population was slashed from 98.99 million to 5.51 million, with the poverty ratio in rural regions dropping from 10.2 percent to 0.6 percent, through fostering industries such as produce processing and tourism, pairing-up support, as well as relocating those in barren and remote mountainous areas to more habitable regions.

In north China's Shanxi Province, Liu Fuyou and his wife moved into a two-bedroom apartment, where they learned to use a flushing toilet, gas stove and kitchen ventilator.

In addition to government allowances, he earns 1,200 yuan a month by cleaning streets, with an annual income several times the amount he used to bring by farming.

"Thanks to improved transport facilities, my daughters who married and moved far from home are finally able to visit us often," he said.

Liu is from Zhaojiawa Village deep in the Lyuliang Mountains, one of the most impoverished areas in China where barren land and an isolated environment have hindered development.

"I had to carry farm produce down the mountain on my shoulders to sell it," Liu recalled, adding that meager yields meant he could barely make ends meet.

As part of the country's poverty alleviation relocation project, most Zhaojiawa villagers moved to a residential community in the county seat of Kelan in October 2017, three months after Xi's visit.

Over the past five years, China had relocated 9.6 million impoverished rural residents to more habitable areas, and most were later lifted out of poverty, Tong Zhangshun, an official with the National Development and Reform Commission, said last month at a forum.

During his inspection tour in Shanxi in July 2017, Xi presided over a seminar in the provincial capital of Taiyuan on eliminating poverty in severely impoverished areas. He called for increased medical assistance, temporary relief and charitable aid for people living in poverty due to illness. 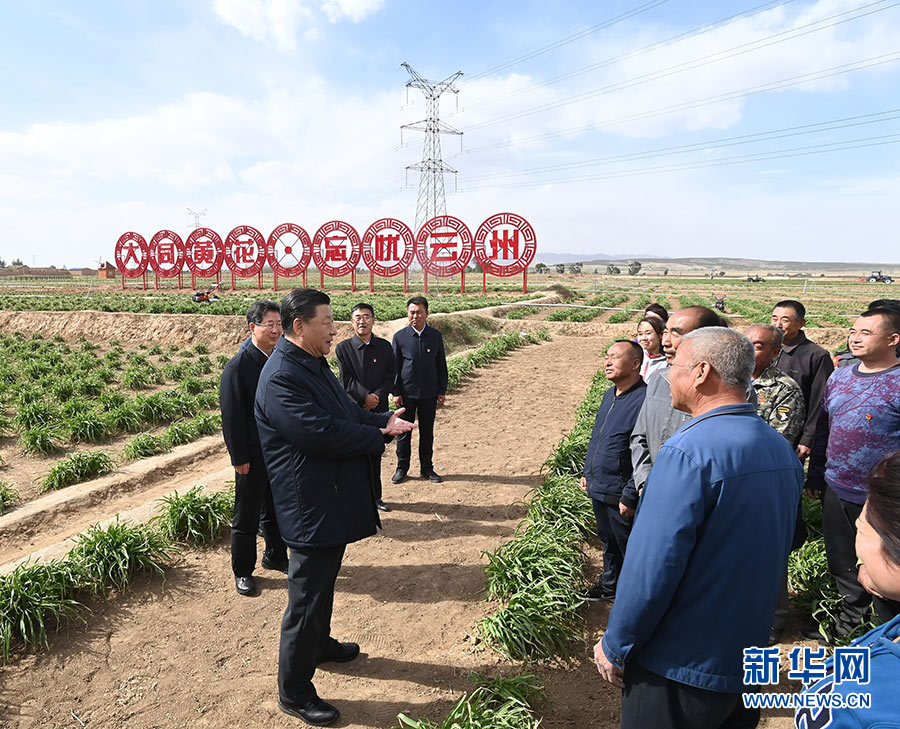 Among the beneficiaries was Tan Dengzhou, 63, from Huaxi Village in Shizhu Tujia Autonomous County in southwest China's Chongqing Municipality. Tan, who had already shaken off poverty, became impoverished once more following a fall that confined him to hospital for four months.

While visiting Tan and his wife on April 15, 2019, Xi said that people who still live below the poverty line or slip back into poverty due to illness should be prioritized in poverty alleviation projects.

At a symposium held the following day, Xi said that the basic requirements of the 2020 poverty alleviation goal were that the rural poor have no worries about food and clothing and have access to compulsory education, basic medical services and safe housing.

Tan had 90 percent of his 160,000-yuan medical bill covered. A family doctor visits him every month free of charge under a national scheme that aims to designate a doctor for every household.

Apart from the minimum living allowances of him and his wife, Tan was employed as a forest ranger. In 2019, the couple brought in an income of 20,000 yuan.

Earlier this year, a local honey factory offered him bees and taught him how to raise them. The factory will purchase the honey, which is expected to add thousands of yuan to his family's annual income.

"Although government policy has guaranteed my basic living needs, I want to make my fortune with my own hands," he said.