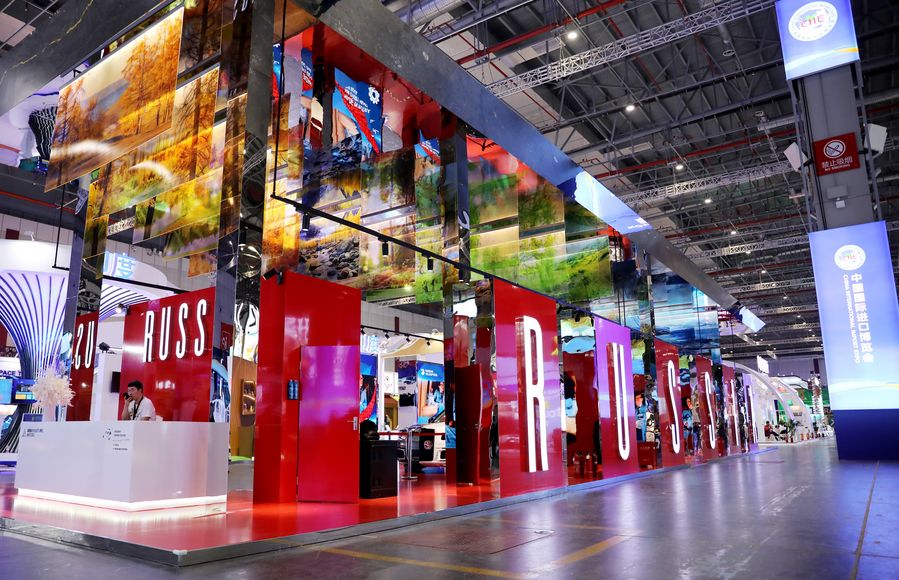 "We nailed deals worth 2.4 billion US dollars with Chinese companies during the first expo last November, which increased our confidence in the Chinese market. So this time for the second expo, we expanded our exhibition area and list of products," said Liu Jun, China president of Cargill.

Cargill is just one of the foreign enterprises that have tasted the sweetness of China's 40-trillion-dollar "big import cake" baked in the inaugural CIIE, a brainchild of Chinese President Xi Jinping and a long-term mechanism to facilitate the country's opening up.

In his speech addressing the opening of the first CIIE, Chinese President Xi Jinping said China's imported goods and services are estimated to exceed 30 trillion US dollars and 10 trillion dollars, respectively, in the next 15 years.

One year on, China has lived up to its promise to open its door wider and proved the trail-blazing expo is not a mere gesture.

Just one month after the first CIIE, US engineering firm AECOM set up its China headquarters in Shanghai, and its new Chengdu office and global delivery center in Changsha were opened this April.

"The first CIIE reinforced our confidence in China's business. It delivered a very clear signal of China's transformation to high-quality growth. We want to get ready to serve a more open China market," said Ian Chung, chief executive of AECOM for Greater China.

The company has been partnering with Chinese firms on many overseas projects, offering consulting services on design, local regulations and environmental and safety standards.

"Chinese firms excel in construction and financing, while we share a competitive edge in project design, knowledge of local regulations, procedures and culture. It's a win-win for all of us," Chung said.

The experience of New Zealand milk brand Theland at the first CIIE was also a rewarding one. After participating in the first CIIE, the company's milk product has so far traveled all the way from the Southern Hemisphere to over 40,000 supermarkets in China.

Theland milk can land in Shanghai supermarkets roughly 72 hours after production and bottling near Auckland. The process used to take eight days. For products like fresh milk, with a usual shelf life of no more than 15 days, each hour matters.

"Thanks to the CIIE, imported commodities, especially food, now have access to more Chinese residents in small cities and towns," said Sheng Wenhao, chairman of the board of Theland New Cloud, which owns the brand.

When addressing the opening of the first CIIE, President Xi Jinping said China will stimulate the potential for increased imports, continue to broaden market access, foster a world-class business environment, explore new horizons of opening up and promote international cooperation at multilateral and bilateral levels.

From Russian ice cream in supermarkets of China's second-tier cities and Georgian wine on the table of a Chinese family banquet to Swedish medical equipment in a Shanghai hospital, the past year has witnessed China's concrete actions in expanding imports, widening foreign access and improving the business environment.

The CIIE provides a platform for international trade and facilitates enterprises worldwide to explore the Chinese market, said Li Jun, a senior researcher of the Chinese Academy of International Trade and Economic Cooperation under the Ministry of Commerce.

Guests and representatives from more than 170 countries and regions have been invited to attend the second CIIE, and more than 500,000 buyers and visitors from home and abroad are expected at the expo, according to the ministry.

As China fills its shopping cart, the world is sure to benefit.