BEIJING, Feb. 20 (Xinhua) -- The Communist Party of China, the world's biggest Marxist ruling party with over 91 million members, on Saturday launched a campaign on Party history learning and education among all of its members. 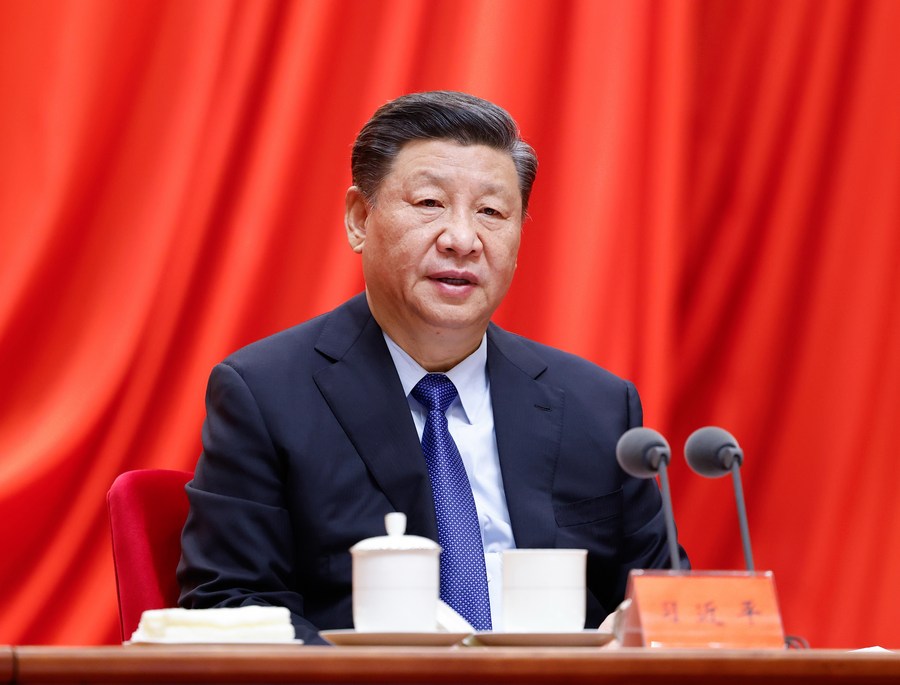 Xi Jinping, general secretary of the Communist Party of China (CPC) Central Committee, Chinese president and chairman of the Central Military Commission, delivers an important speech at a key meeting to launch a campaign on Party history learning and education among all Party members in Beijing, capital of China, Feb. 20, 2021. (Photo: Xinhua)

Speaking at the campaign's launch meeting, Xi Jinping, general secretary of the CPC Central Committee, called for efforts to study the Party's history, understand its theories, do practical work and make new advances.

Xi, also Chinese president and chairman of the Central Military Commission, spoke of the need to embark on a new journey in high spirit to fully build a modern socialist China and welcome the Party's centenary with outstanding achievements.

Founded in 1921, the CPC has grown into the world's biggest Marxist ruling party in a century. It has been in power for over 70 years in the world's largest socialist country with 1.4 billion population.

The Party has stood the test of time, reversing China's fate from the continuous decline since the Opium War in the 1840s to steady progress toward prosperity.

Xi stressed the vital necessity of launching the campaign as the CPC stands at a critical juncture where the timeframes of its two centenary goals converge.

Xi urged Party committees at all levels to attentively implement the arrangements made by the CPC Central Committee on the campaign.

Zhu Qingping, a 104-year-old from the old revolutionary base in east China's Jiangxi Province, voiced his support for the campaign.

"Only by reviewing the Party's history can people living in peacetime truly understand why we chose to join the Red Army and then followed the Party wholeheartedly," said Zhu, who joined the Red Army in 1931. 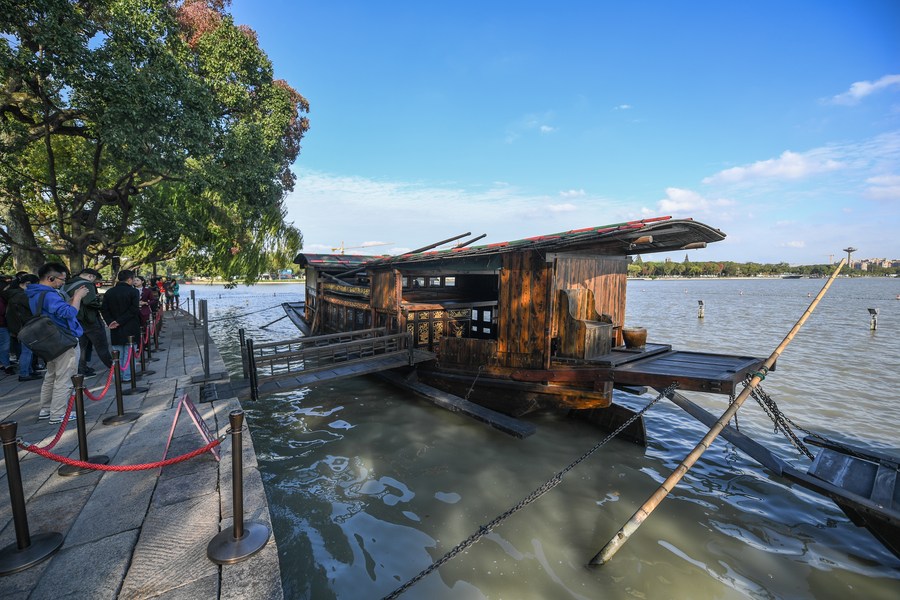 The replica of a boat, now referred to as the Red Boat, on which the founders of the Communist Party of China convened a historic meeting in 1921, floats on Nanhu Lake in Jiaxing, east China's Zhejiang Province. (File Photo: Xinhua)

"Our Party's history is a history of continuously adapting Marxism to the Chinese context," Xi said, calling for educating and guiding the whole Party to learn from its "extraordinary" past so as to understand how Marxism has profoundly changed China and the world.

He also called for efforts to equip the whole Party with the latest achievements in its theoretical innovation, and to use the theories to guide its practice and advance its work.

With people's trust and support, the CPC is invincible in the face of any obstacles, Xi said, adding that it is the duty of the Party to cement the unity of 1.4 billion Chinese people to create an unstoppable force to push forward the great rejuvenation of the Chinese nation.

Xi stressed that the CPC must draw lessons from the past to tackle current challenges.

By urging CPC members to summarize past experience, the Party will improve its leadership and governance, and make itself more capable of fighting corruption, preventing degeneration and warding off risks, he said. 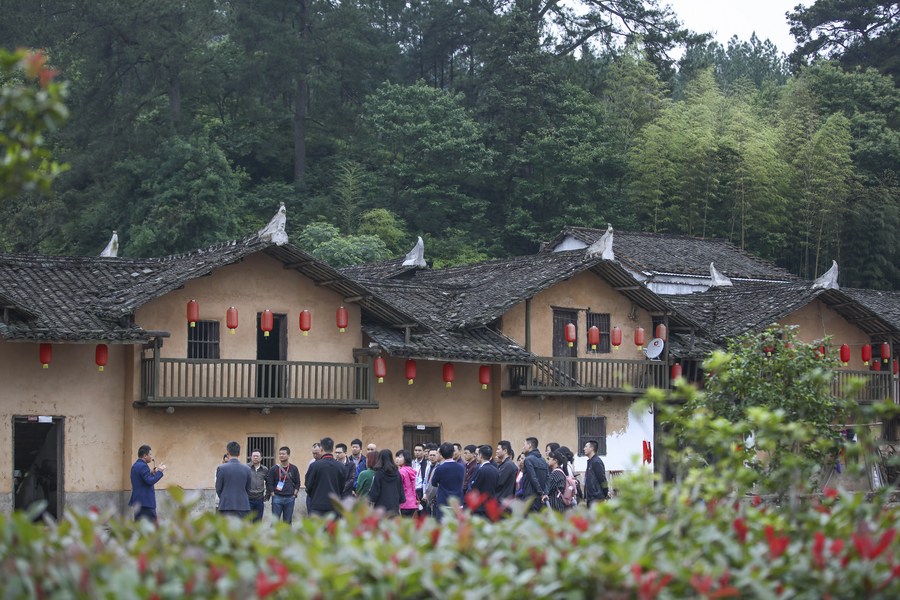 People visit the Huawu Village in Ruijin, a center of the early revolutionary activities of the Communist Party of China, east China's Jiangxi Province, May 6, 2019. (File Photo: Xinhua)

Xi called on all CPC members to carry forward the traditions from revolutionary times, maintain the brave spirit of the revolutionaries, and march toward a brand new journey.

Taking a clear-cut political stand as well as safeguarding the Party's unity and solidarity are the CPC's lifelines, and the key to its endeavors of building a large political party with a 100-year history and making historic achievements, Xi noted.

All CPC members should closely follow the CPC Central Committee in terms of the thinking, political stand and actions, and bring together the strength of the whole Party, he said.

Xi called on all Party members to attach great importance to the campaign, stressing the need to develop an accurate understanding of Party history, and urged CPC members to unequivocally oppose historical nihilism.

Efforts should be made to deliver services to the people and resolve their difficulties, Xi added, calling for combining Party history learning with summing up experience and solving practical problems. 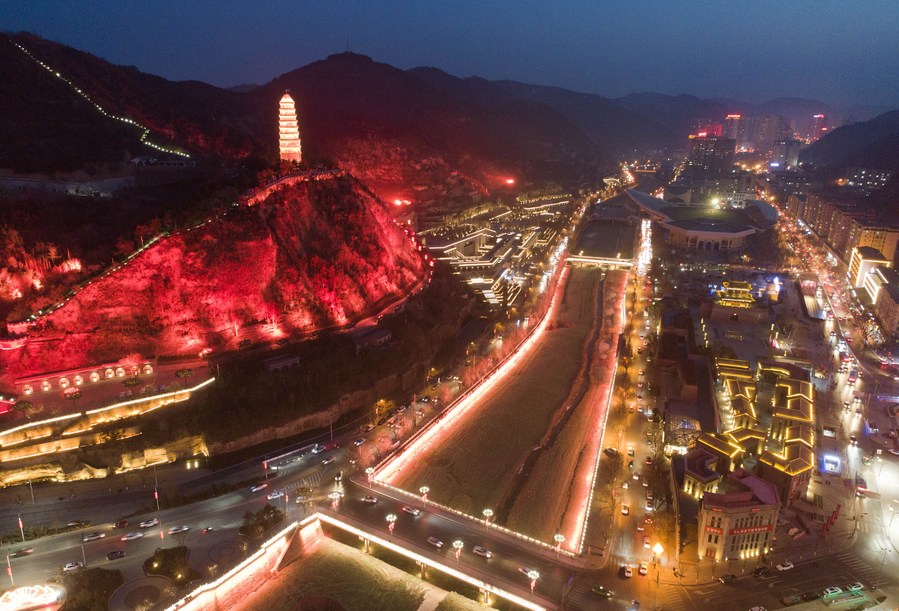 Highlighting the importance of innovation in methods and means, Xi underscored solid work on promoting learning and education among juveniles to pass on the traditions of revolution through generations.

The meeting was presided over by Wang Huning, and attended by Li Keqiang, Li Zhanshu, Wang Yang, Zhao Leji and Han Zheng -- who are all members of the Standing Committee of the Political Bureau of the CPC Central Committee, as well as Vice President Wang Qishan.

Wang Huning said that the important speech delivered by Xi pointed out the direction for better launching the campaign on CPC history learning and education.