Since the 18th CPC National Congress, Xi has turned his attention to the mother river time and again, and he has set foot on all nine provinces and autonomous regions along the river. 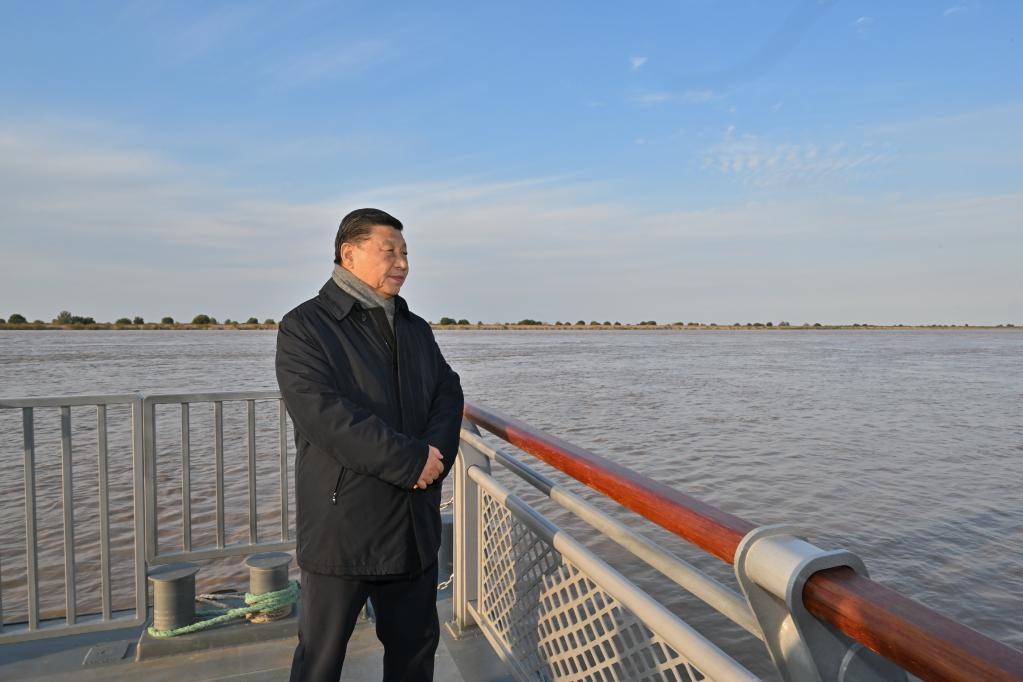 Xi's schedule shows that great importance has been attached to this great river. This reflects his emphasis on integrated development.

With a total drainage area of about 750,000 square kilometers, the Yellow River stretches over 5,000 kilometers and is an important ecological protective barrier and economic belt.

An old saying goes, "Only when the Yellow River is calm can the country flourish." This idiom speaks of the importance of the river in the destiny of the nation.

Wherever he goes, Xi sets forth requirements based on real situations.

This time Xi inspected the Yellow River's waterways and the ecological environment of the wetlands in the river delta. He learned about the ecological protection efforts and high-quality economic development of the basin.

At a symposium on the ecological protection and high-quality development of the Yellow River in 2019, Xi mentioned insufficient flood control measures in the lower reaches, low water levels and the shrinking of some estuarine wetlands.

Overall planning has become a key to water control for President Xi. "We should work together to protect the Yellow River and promote its governance in a coordinated way," he said.