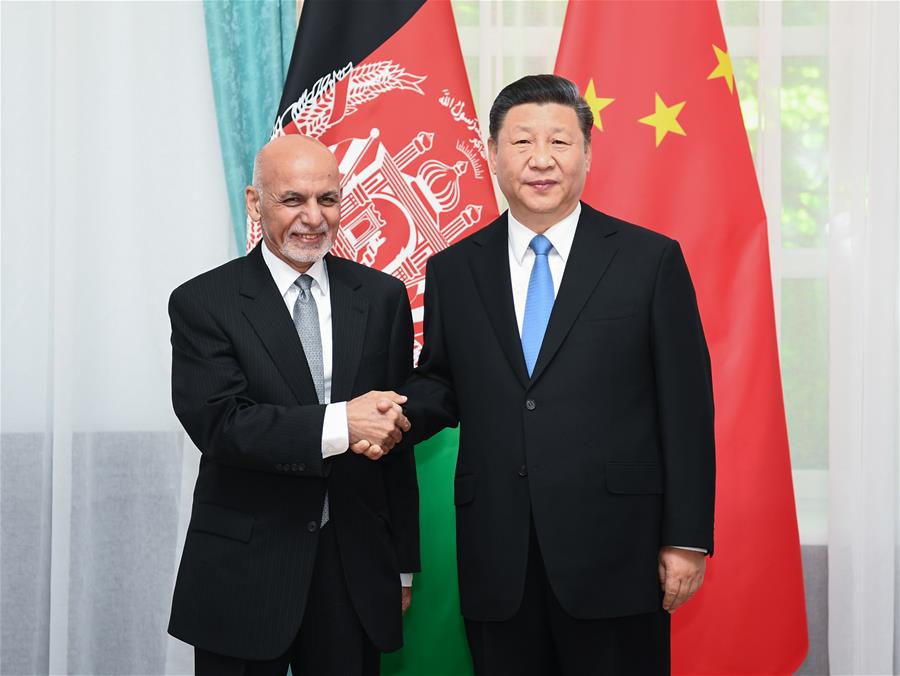 Xi noted that China and Afghanistan are traditional friendly neighbors, and have always been understanding and helping each other.

Since the onset of the COVID-19 pandemic, he added, the people of the two countries have worked together with solidarity and mutual assistance, deepening the friendship and cooperation between the two countries.

China is ready to continue to provide support and assistance for Afghanistan's fight against the disease, Xi said, adding that China hopes the Afghan side will strengthen the protection of Chinese citizens and organizations in Afghanistan.

Xi stressed that China firmly supports the Afghan government's endeavor to safeguard national sovereignty, independence and territorial integrity, which is in the interests of the Afghan people and countries in the region.

China always believes that political dialogue is the fundamental way to achieve national reconciliation and lasting peace in Afghanistan, Xi said, pledging China's continued support for the "Afghan-led, Afghan-owned" principle, the peace and reconciliation process in Afghanistan, and an early peaceful reconstruction of the country.

The Chinese side is glad to see that the Afghan government and relevant parties in Afghanistan have reached positive consensus during the recent dialogue in Tehran, he said.

China, he added, hopes that both sides engaged in the dialogue will put the interests of the Afghan people first, and agree on a political solution through negotiation at an early date.

China will, as always, play a constructive role in the process, Xi said.

For his part, Ghani noted that China has successfully handled the COVID-19 pandemic and taken the lead to achieve economic growth, which is of great benefit to countries around the world.

He said that Afghanistan thanks China for offering precious support for Afghanistan's fight against the pandemic, and hopes to continuously advance cooperation with China in interconnectivity and other areas.

The Afghan government is dedicated to seeking a political solution to the current crisis and achieving lasting peace in the country, he said.

Noting that China has always been an important and positive force in maintaining regional security and stability, he said he looks forward to China continuing to play an important role in pushing for a political settlement of the Afghan issue.