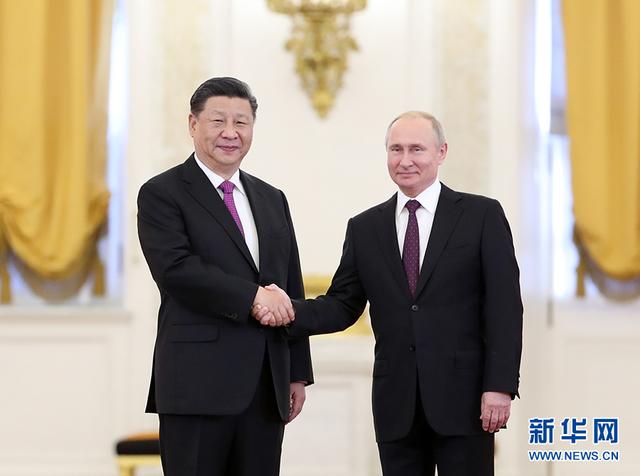 In the conversation, Xi said since the beginning of this year, China and Russia have taken the celebration of the 20th anniversary of the signing of the China-Russia Treaty of Good-neighborliness and Friendly Cooperation as a new starting point to promote strategic coordination and comprehensive practical cooperation between the two countries.

The series of new achievements in this regard provide significant support for the development of both countries and play a pivotal role in uniting the international community to overcome difficulties, he said.

Currently, the COVID-19 pandemic waves ebb and flow, presenting the international community an arduous anti-pandemic task, Xi said, noting that China is ready to work with Russia to deepen cooperation on vaccine development and production and ensure the safety and stability of the global supply chain for vaccines, so as to protect the lives and health of the two peoples and contribute to the building of a community of common health for mankind.

Only the wearer knows whether the shoes fit or not, Xi stressed, saying that it is the people of the two countries who have the most say about which system works in their own country.

As comprehensive strategic partners of coordination for a new era, China and Russia should deepen cooperation against interference and firmly hold their respective national future in their own hands, Xi said.

The two sides should take the opportunity of the 20th anniversary of the establishment of the Shanghai Cooperation Organization (SCO) this year to work in joint effort with other SCO members to strengthen solidarity, coordination and mutual support so as to safeguard the security and development interests of countries in the region, Xi said.

The two leaders also had an in-depth exchange of views on the situation in Afghanistan.

Xi stressed that China respects the sovereignty, independence and territorial integrity of Afghanistan and adheres to the policy of non-interference in its internal affairs, and has played a constructive role in resolving the Afghanistan issue via political means.

Xi said that China stands ready to strengthen communication and coordination with Russia and the broader international community to encourage all factions in Afghanistan to build an open and inclusive political structure through consultation, implement moderate and prudent domestic and foreign policies, thoroughly dissociate from all terrorist groups, and maintain friendly relations with the rest of the world, especially neighboring countries.