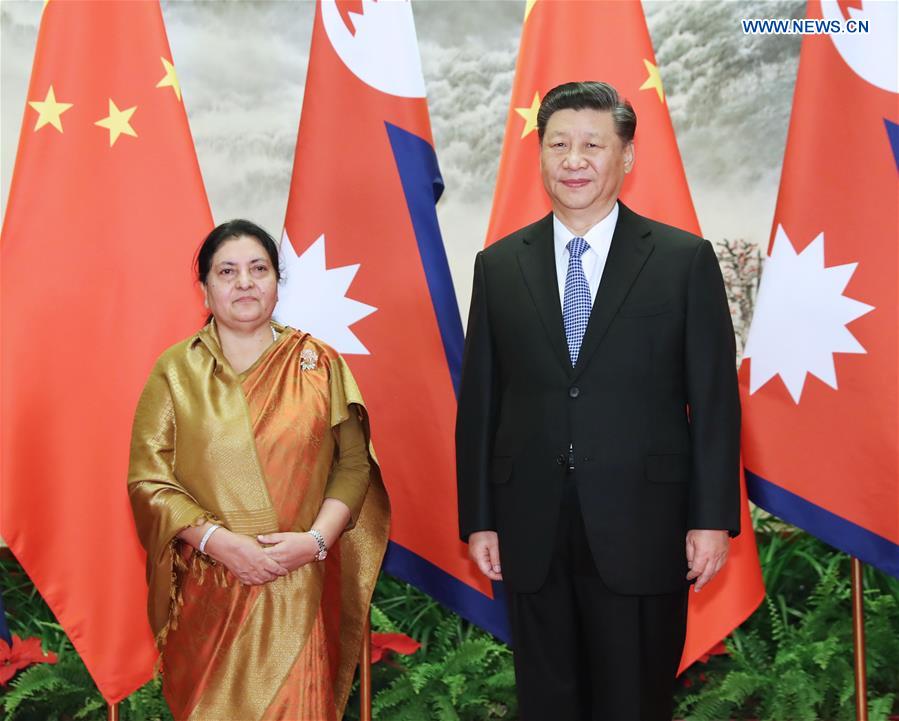 China highly values the development of bilateral relations, and supports Nepal's efforts in safeguarding national independence, sovereign and territorial integrity, and in exploring a development path suited to Nepal's own conditions, Xi said.

He expressed appreciation for Nepal's long-time firm support on issues related to China's core interests and major concerns, and Nepal's active participation in the Belt and Road Initiative. 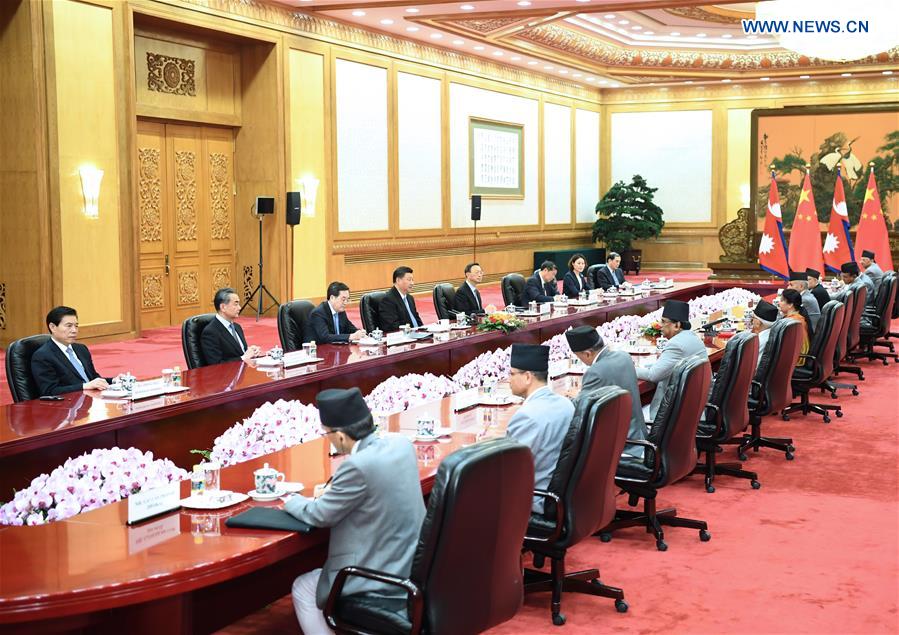 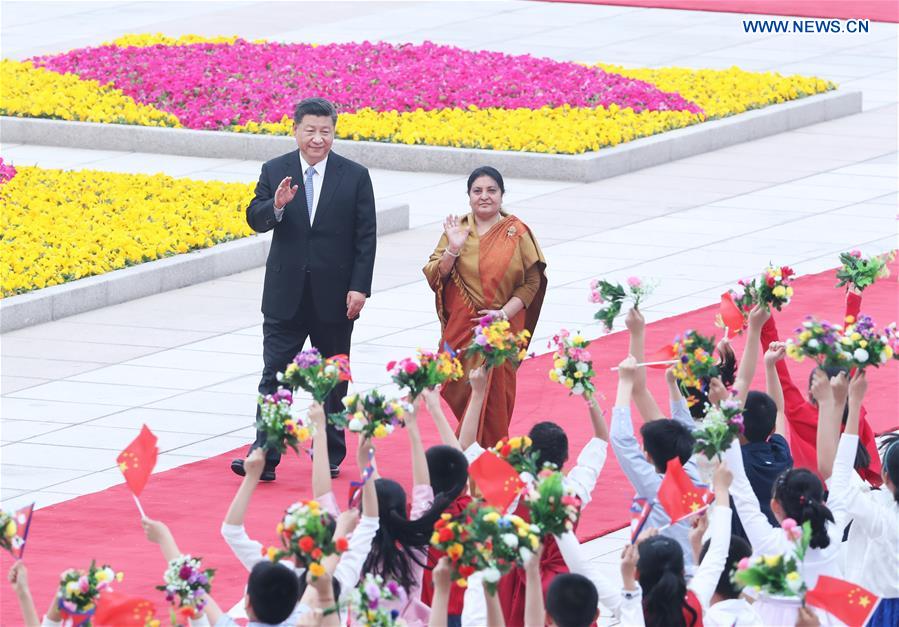 Xi holds a welcoming ceremony for Bhandari before their talks in Beijing, April 29, 2019. 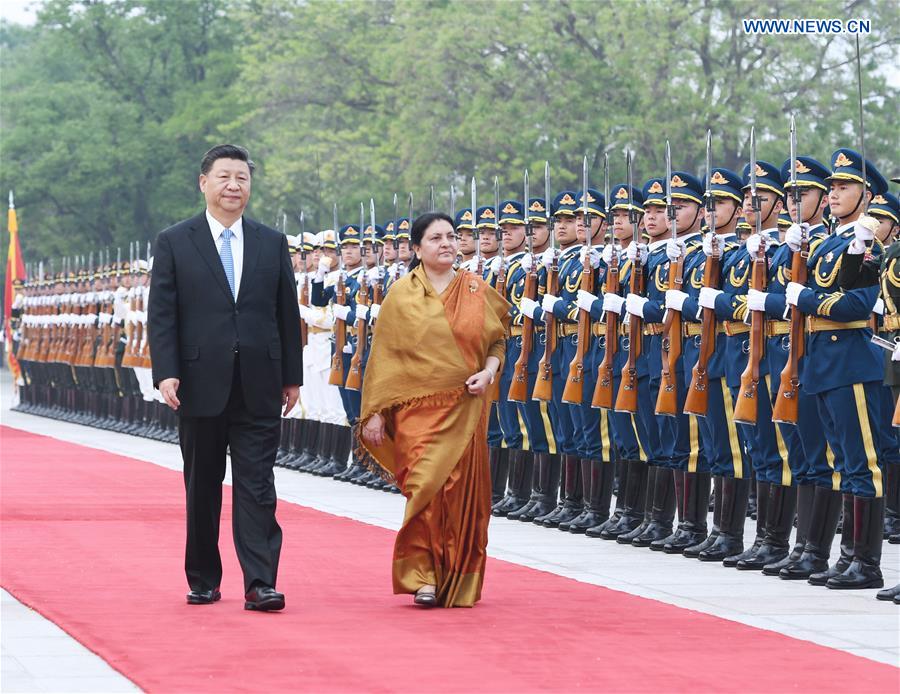 Xi holds a welcoming ceremony for Bhandari before their talks in Beijing, April 29, 2019.

Bhandari said that China's prosperity and stability present opportunities to Nepal, and her country is willing to deepen mutually beneficial cooperation with China in various fields.

She said that Nepal adheres to the one-China policy, and that Nepal will not allow any forces to engage in anti-China activities by using the territory of Nepal. 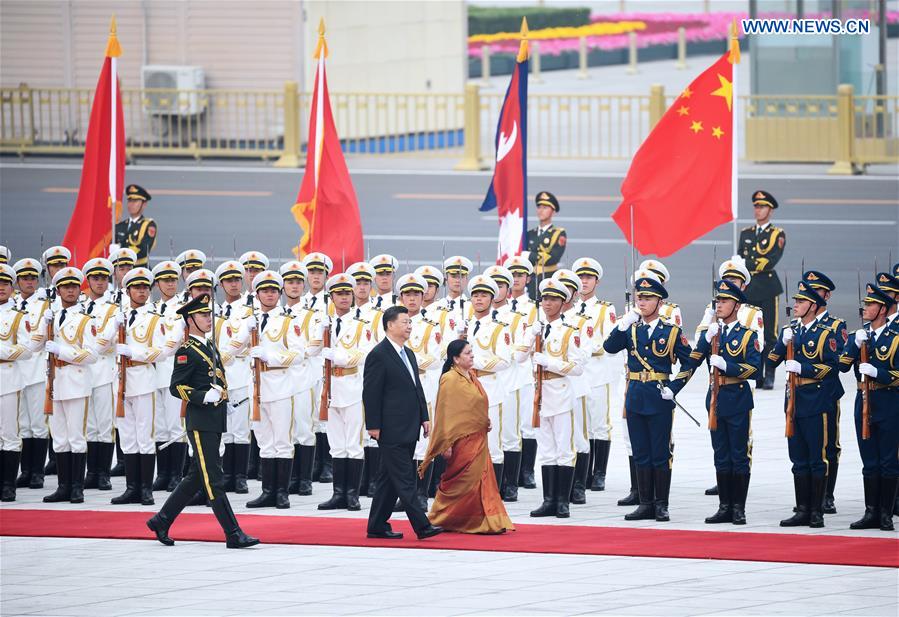 Xi holds a welcoming ceremony for Bhandari before their talks in Beijing, April 29, 2019. (Photos: Xinhua)

The two heads of state attended a ceremony for the signing of bilateral cooperation documents after the talks.