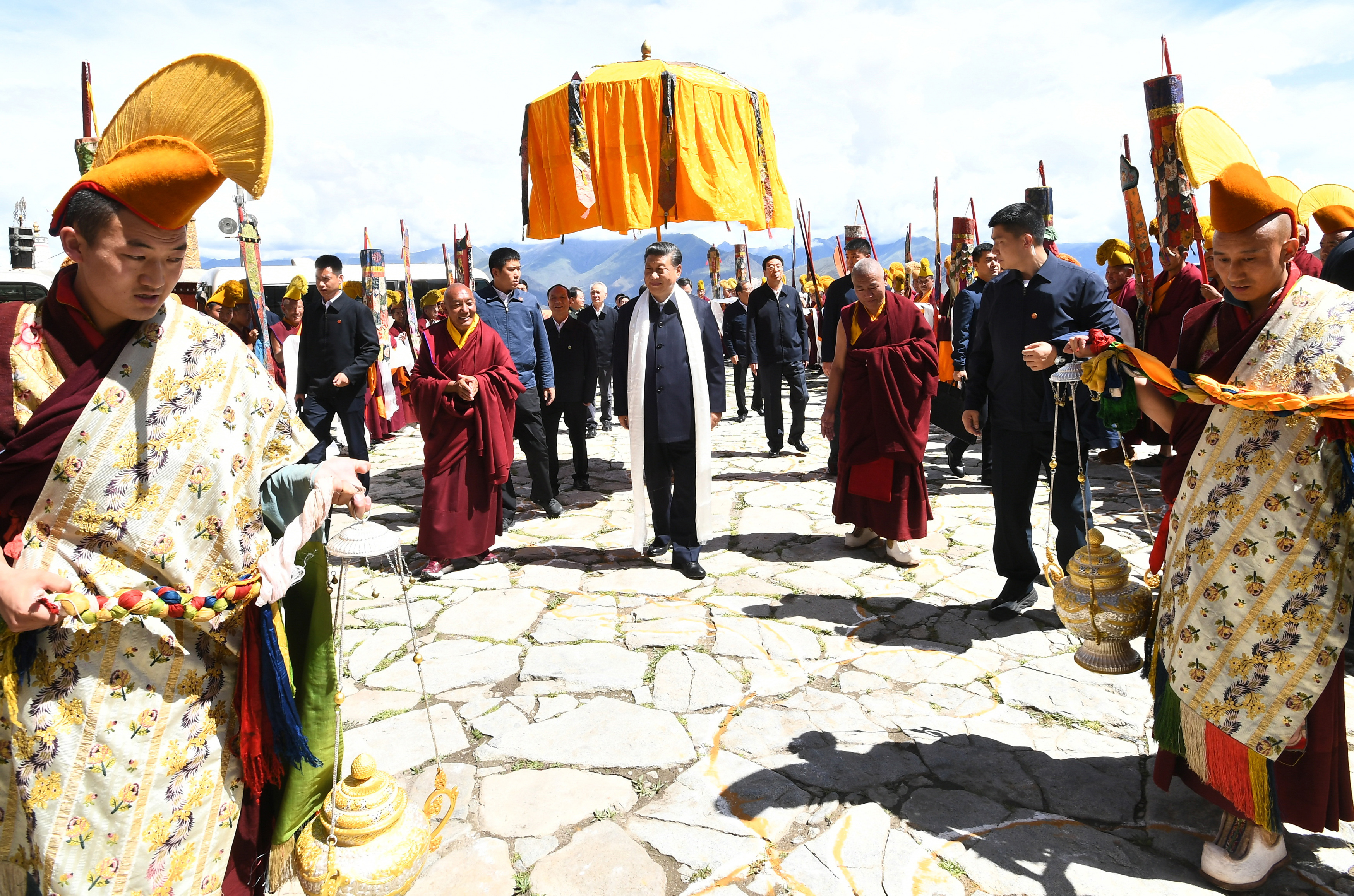 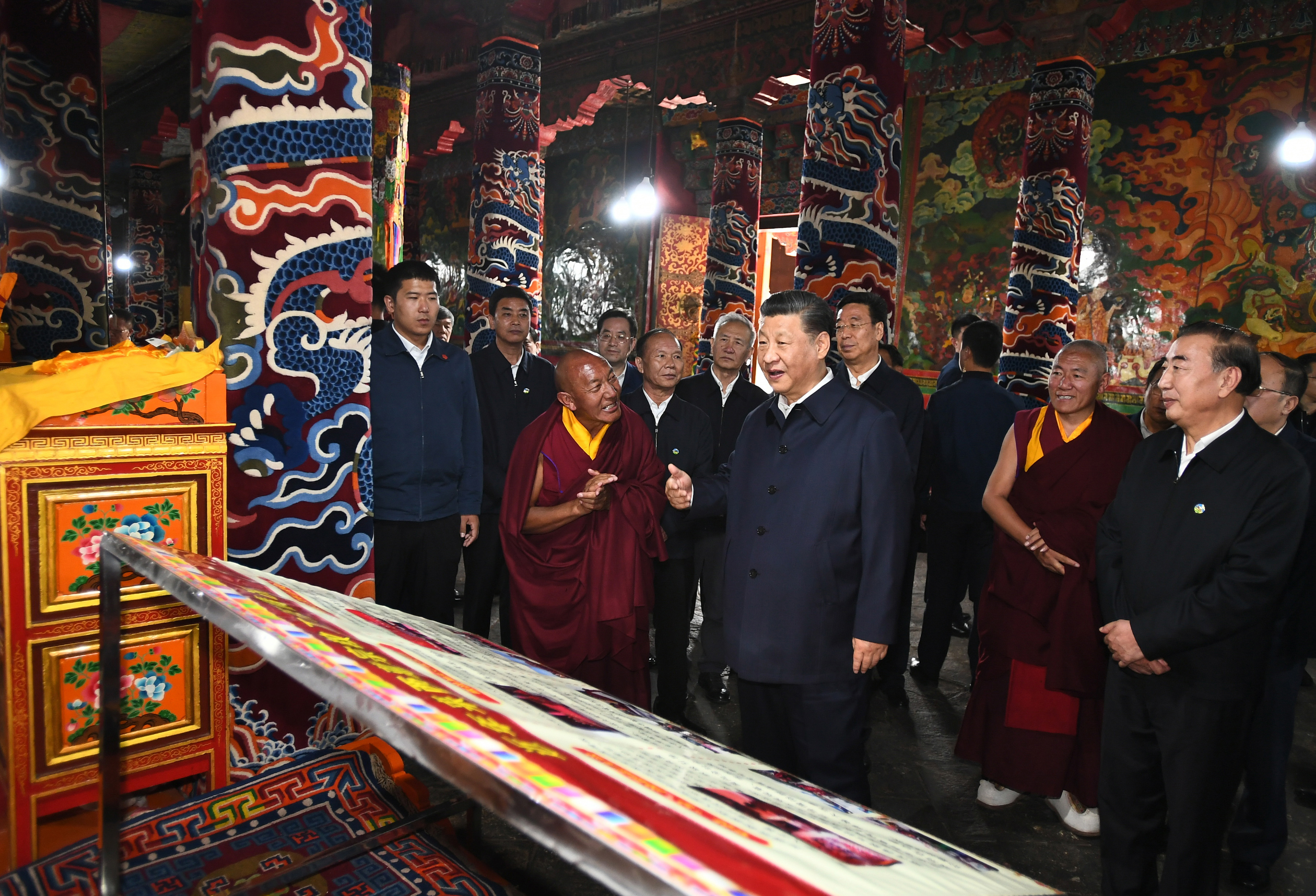 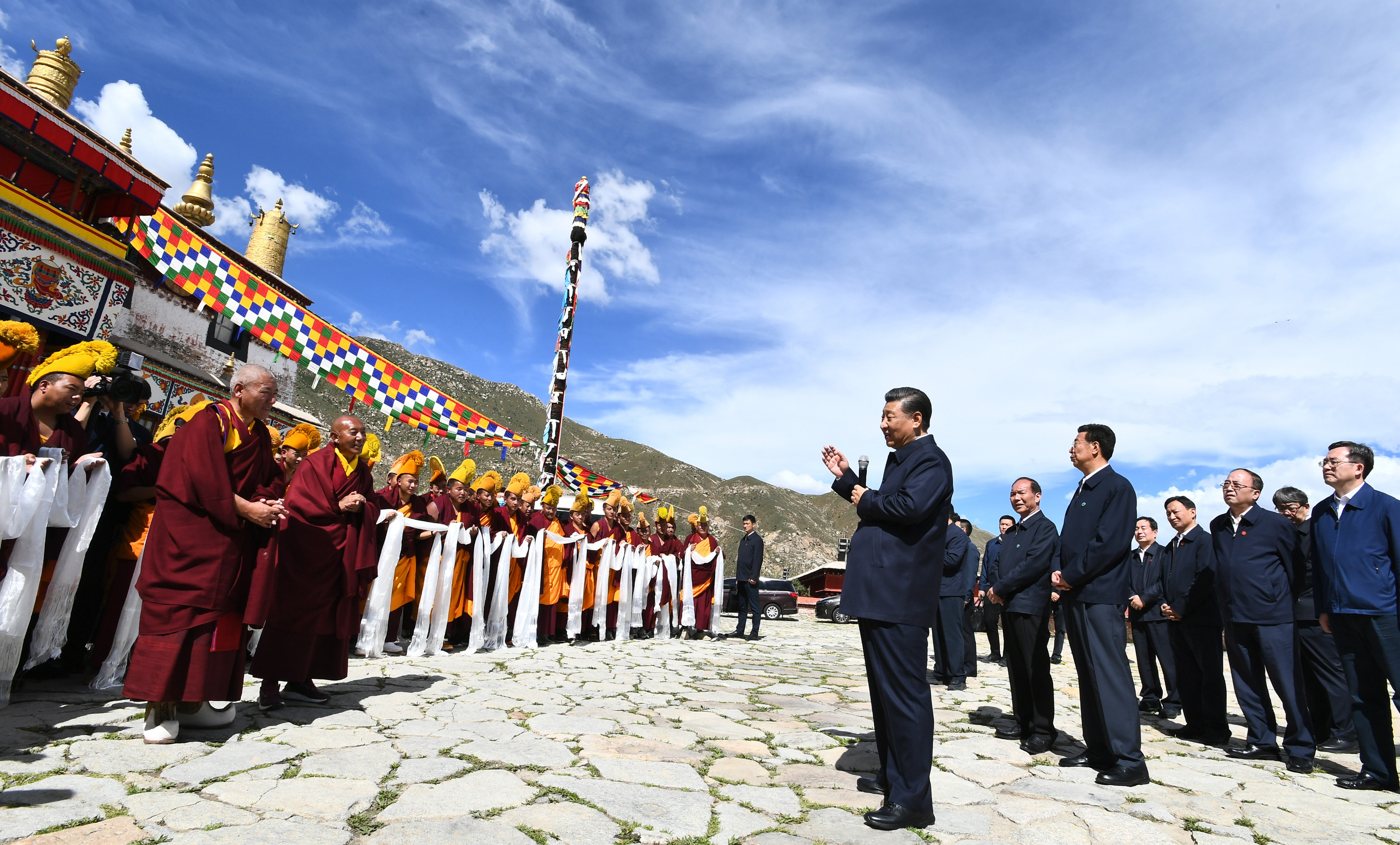 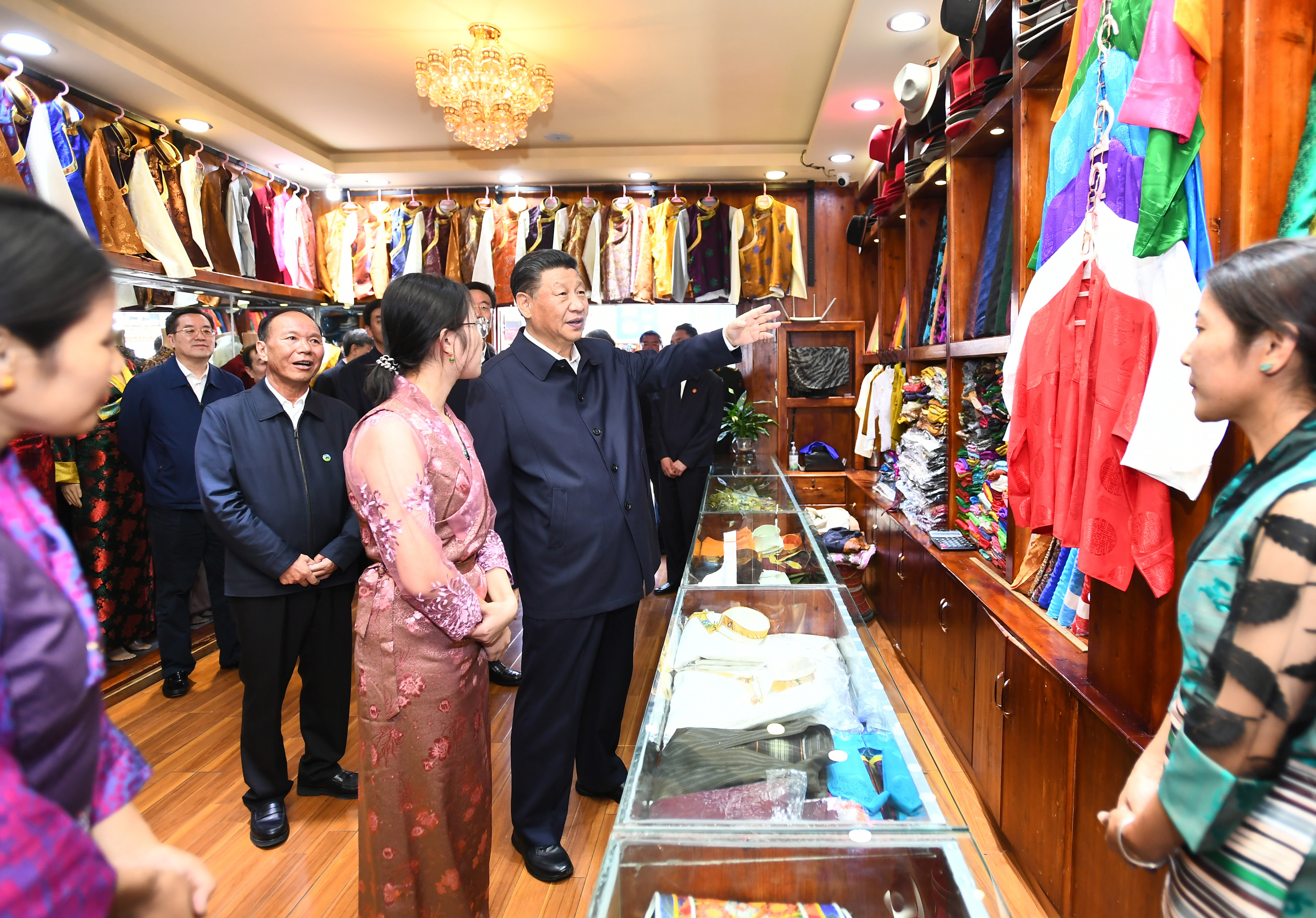 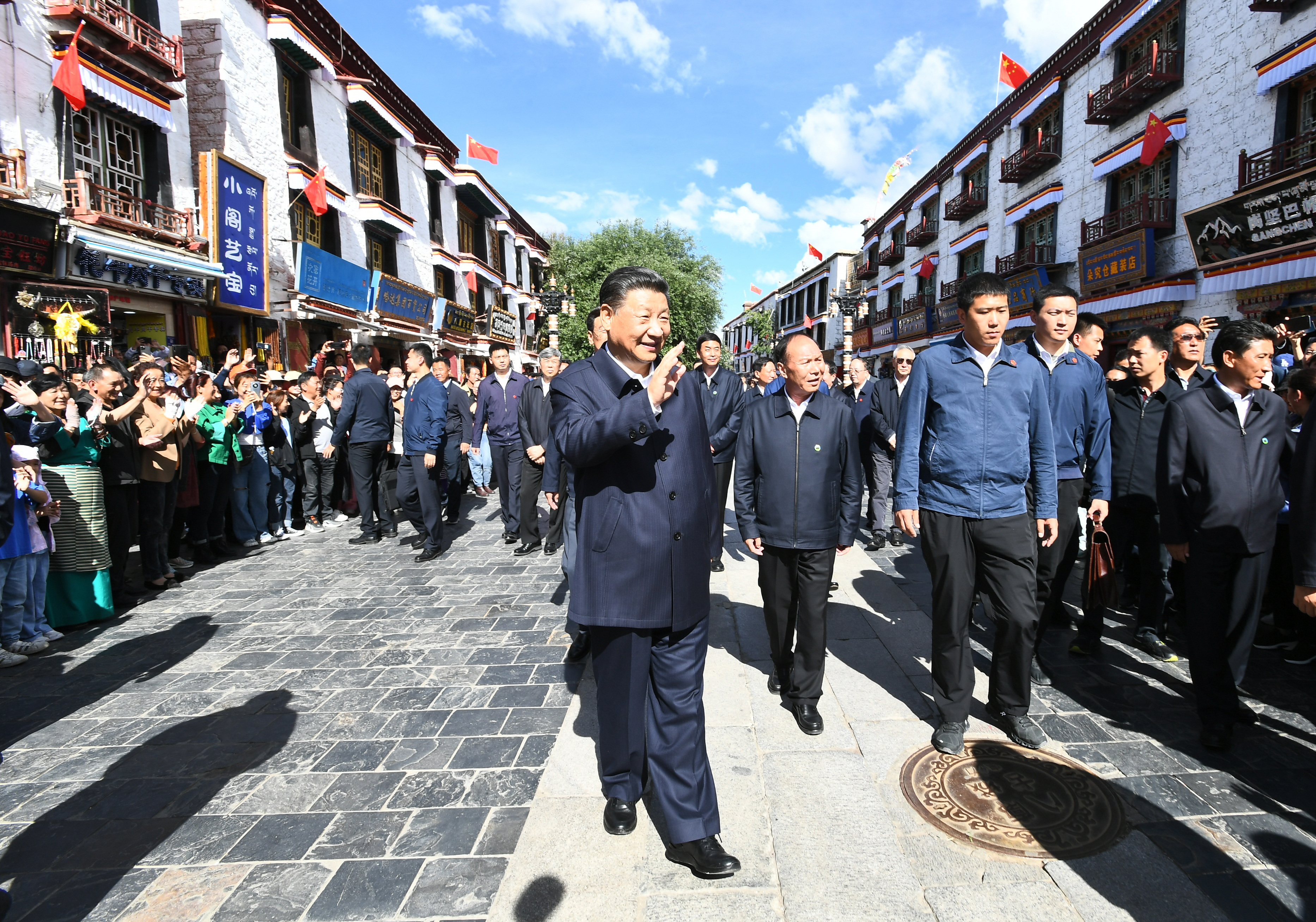 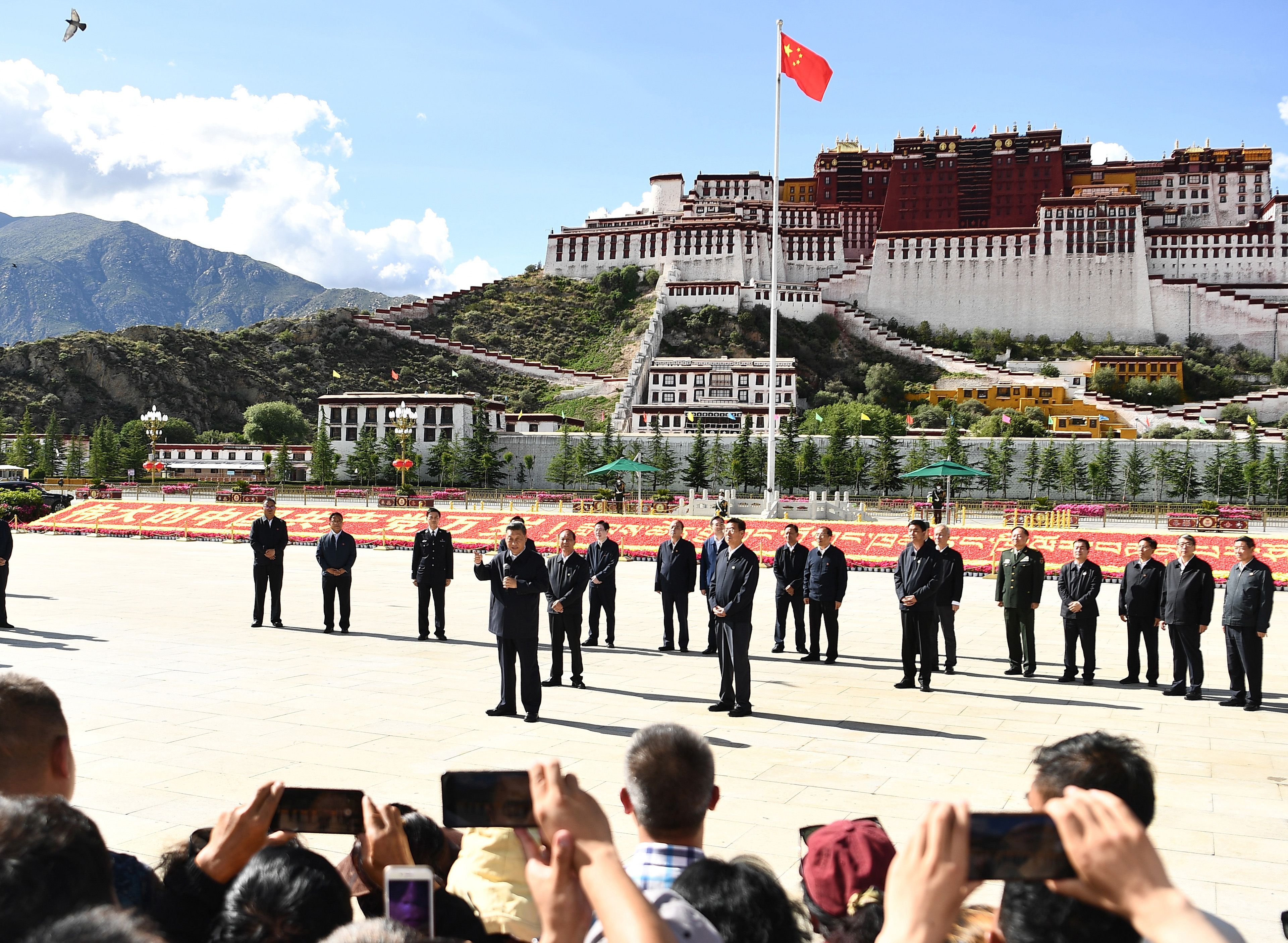 Xi visited the Drepung Monastery, Barkhor Street and the Potala Palace square in Lhasa to learn about the work on ethnic and religious affairs, the conservation of the ancient city, as well as the inheritance and protection of Tibetan culture. He also chatted with local residents.