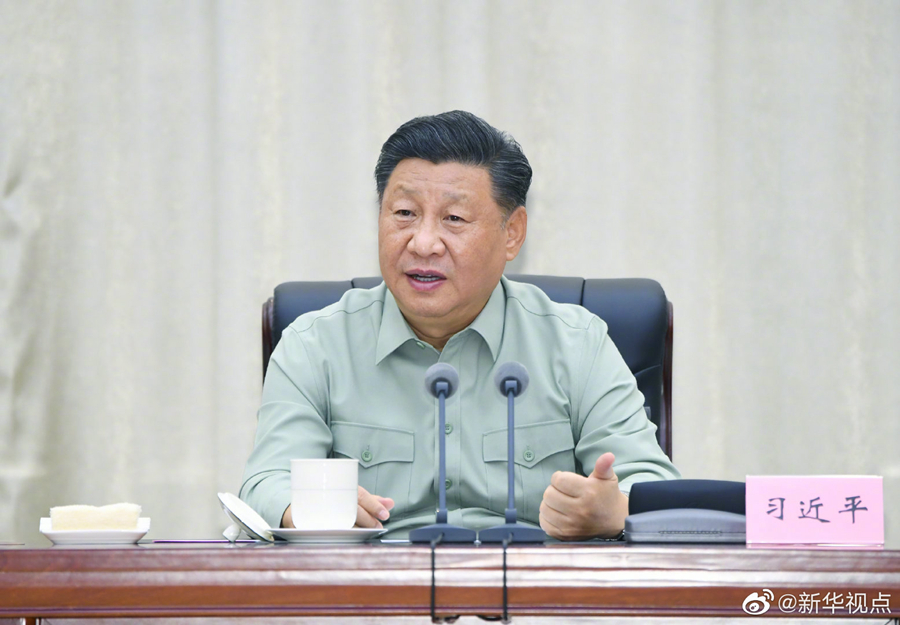 He called for enhanced efforts to advance the force's transformation and improve its combat capabilities to forge a powerful troop, with battlewise soldiers, which is integrated and versatile in operation, swift in response, and capable of fighting under multi-dimensional conditions.

On Tuesday morning, Xi visited the headquarters of the Marine Corps, met with leading officers and had a group photo with them.

The Marine Corps was reorganized and established in 2017 to implement the policy and deployment of the CPC Central Committee and the CMC to deepen the reform on national defense and the armed forces.

Xi was briefed on the situation of the Marine Corps and watched training videos of relevant task teams.

He gave full recognition to the Marine Corps on the construction, development and task fulfillment since its reorganization and establishment.

Xi delivered an important speech after the briefing, highlighting the need to strengthen strategic design for the construction of the Marine Corps.

Xi required efforts to figure out the goal, direction, path and focus of the Marine Corps's construction.

The Marine Corps should focus on war preparedness and combat capabilities, and maintain a high level of readiness, Xi said, adding that the force should stick to combat-oriented training and strengthen mission-oriented training tailored to the specific needs and force-on-force training.

Xi also stressed upholding the absolute Party leadership over the armed forces, ensuring that the military must be loyal, pure and reliable.

In the face of the uncertainty amid the epidemic control situation, Xi urged not letting up on any front of the long-term fight against COVID-19, while applying a combination of measures in all respects to make progress in strengthening the armed forces.