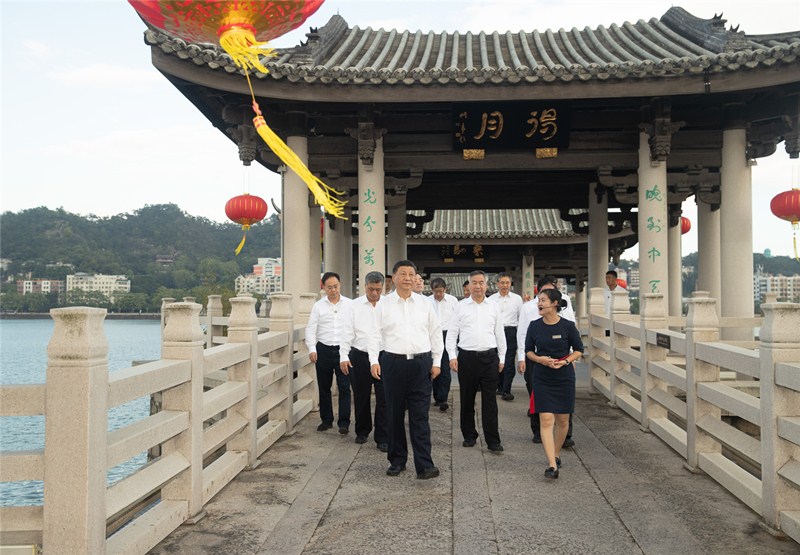 Xi Jinping, general secretary of the Communist Party of China Central Committee, on Monday arrived in southern China's Guangdong Province to begin an inspection tour of the province.

Xi first visited the Guangji Bridge, Guangji Tower, and Paifang Street in Chaozhou to inspect the restoration and protection of cultural relics, the inheritance of intangible cultural heritage, and the development of cultural tourism resources. Later, Xi went to Chaozhou Three-Circle Group (Group) Co., Ltd., an electronic component and communication device manufacturer, to learn about the company's independent innovation and production and operation. 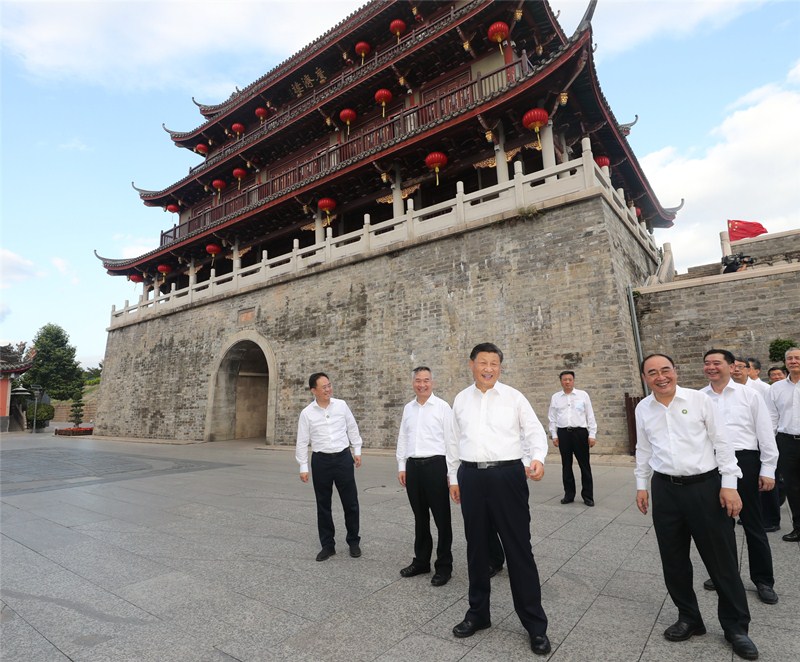 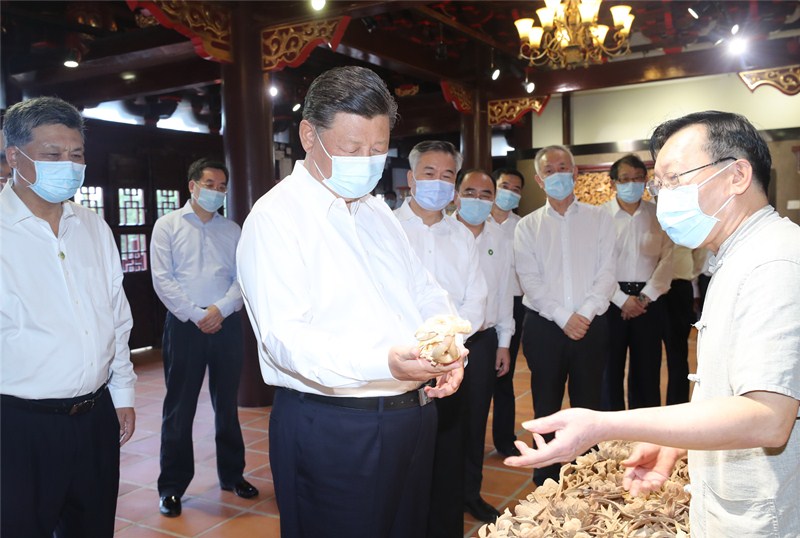 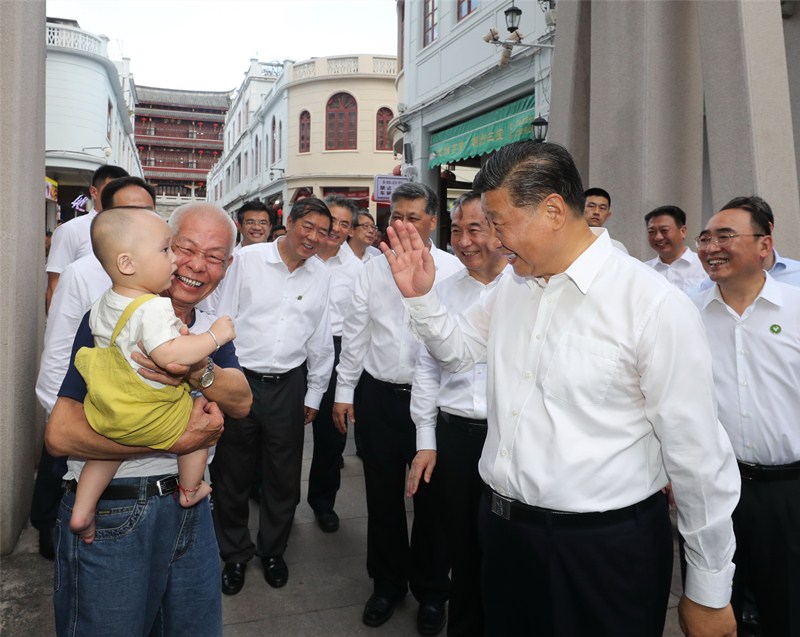 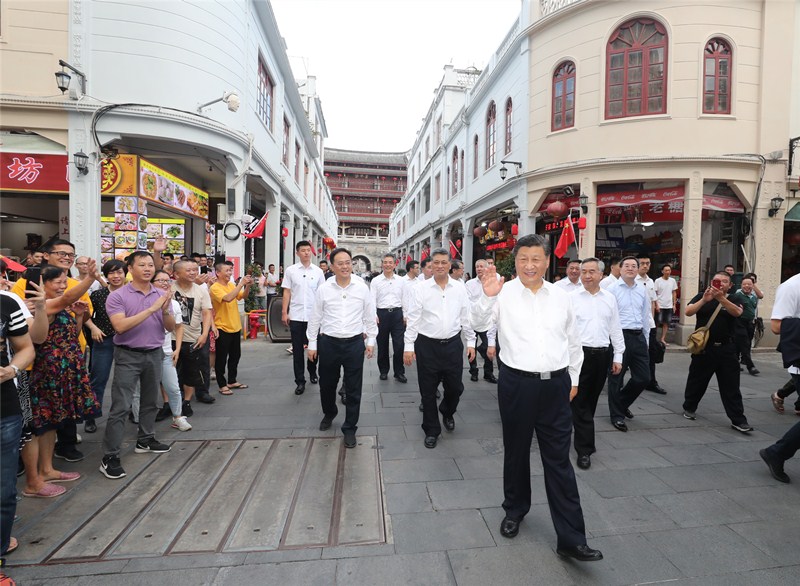 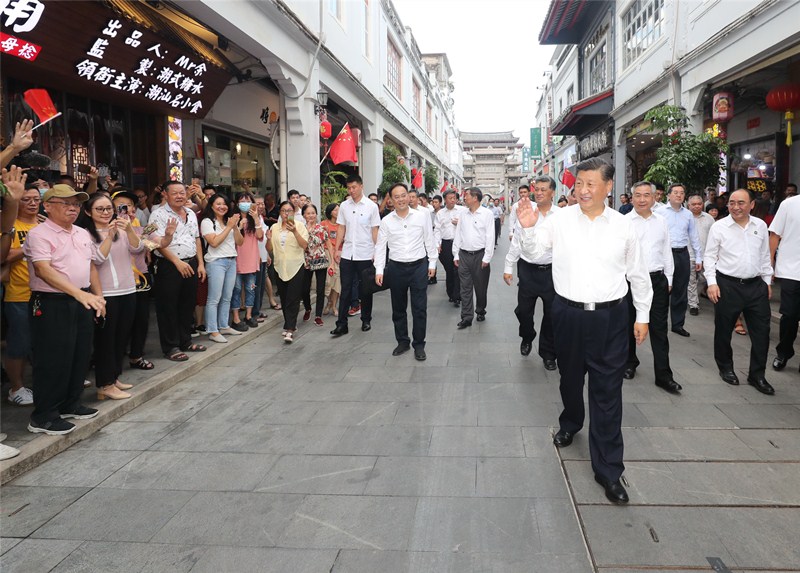 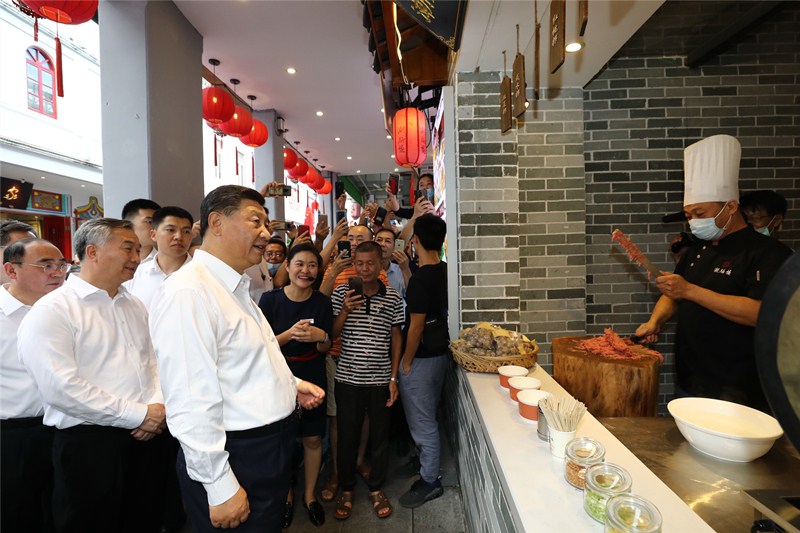 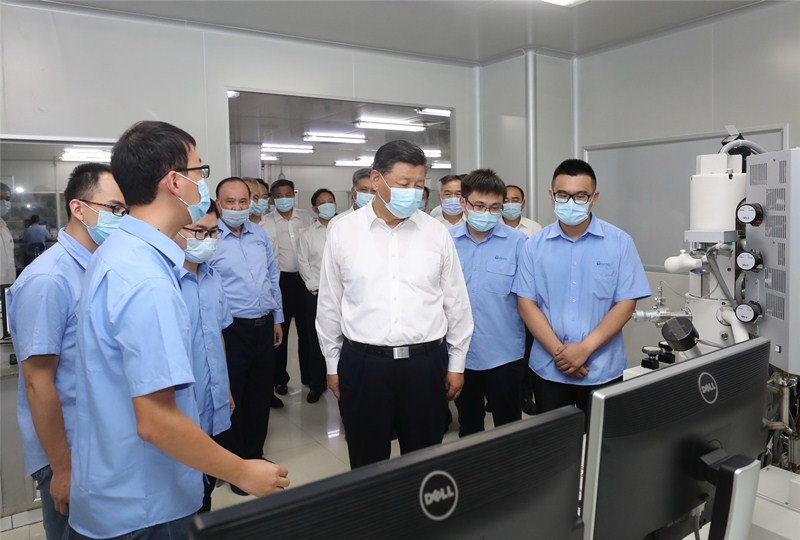 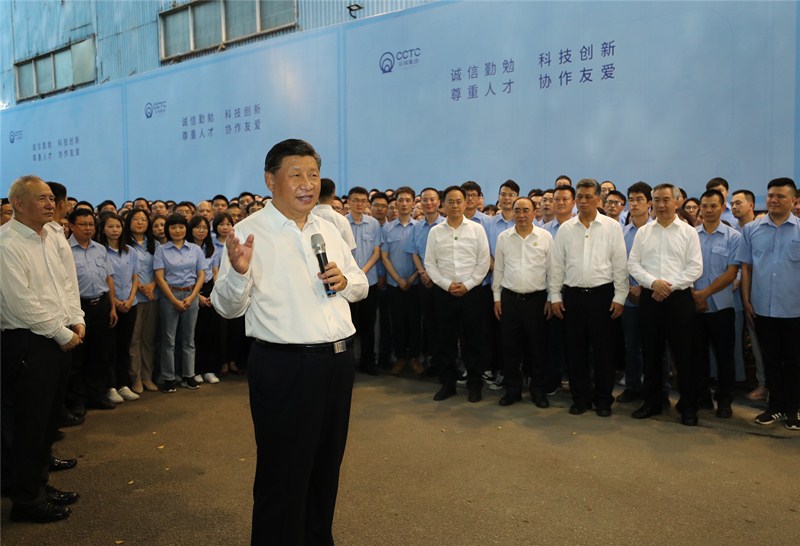