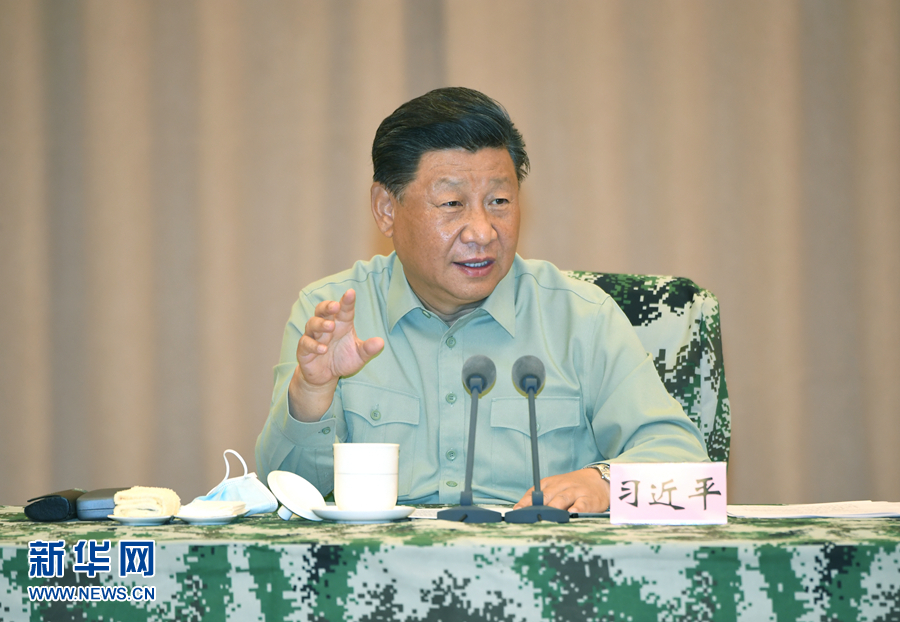 Xi, who was inspecting flood control and disaster relief work in east China's Anhui Province, gave the instruction on Thursday after hearing reports from the military on joining localities in battling floods across the country.

On behalf of the CPC Central Committee and the CMC, Xi extended regards to servicemen of the Chinese People's Liberation Army (PLA) and the People's Armed Police Force, and members of the militia and the reserve force, who had been fighting floods and helping with disaster relief.

As of Wednesday, dispatches totaling more than 1.2 million head counts from the PLA and the People's Armed Police Force and more than 300,000 from the militia had been made in flood control missions in 17 provincial-level regions. They evacuated more than 170,000 residents, handled over 3,900 breaches and piping emergencies, and reinforced embankments of more than 900 km.

Under the firm leadership of the CPC Central Committee, China has scored major achievements in the battle against floods, Xi said, highlighting the spearhead role of the armed forces in shouldering critical tasks.

Xi demanded that relevant military units work with local authorities and strengthen research and analysis of the water situation to ensure the scientific and proper use of the military forces.

"This flood battle is a practical test of the leadership and command system of our army, and the army's combat readiness and ability to perform the tasks," Xi said.

Xi underscored requirements to complete all the work of the armed forces in the second half of the year, stressing efforts to strengthen the organization and leadership, focus on priority tasks and innovate ways and methods to achieve the development targets of the national defense and the armed forces for 2020.

The army must always enhance its awareness of potential threats, persist in considering the worst-case scenario, and strengthen military training and war preparedness to guarantee that, when the time comes, it will take action and win, Xi noted.

Xi underscored the importance of reinforcing theoretical and political education and running the military strictly in accordance with the law.

CMC Vice Chairman Zhang Youxia and others attended the event.