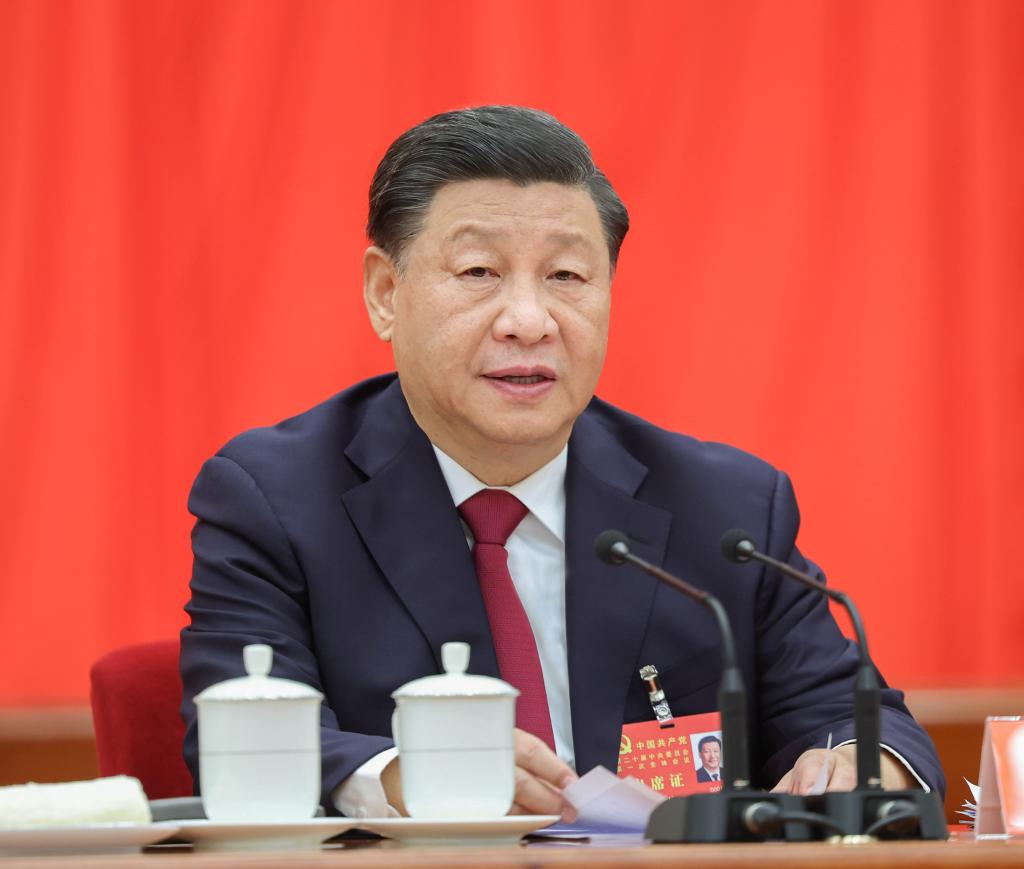 Xi Jinping presides over the first plenary session of the 20th Central Committee of the Communist Party of China (CPC) at the Great Hall of the People in Beijing, capital of China, Oct. 23, 2022. (Photo: Xinhua)

BEIJING, Oct. 23 (Xinhua) -- Xi Jinping, general secretary of the Communist Party of China (CPC) Central Committee, president of the People's Republic of China and chairman of the Central Military Commission (CMC), met with delegates, specially invited delegates and non-voting participants present at the 20th CPC National Congress and had a group photo taken with them at the Great Hall of the People on the afternoon of October 23.

The banquet hall of the Great Hall of the People was permeated with a lively atmosphere, the lights were brilliant and the Party emblem was hanging high above. Over 2,700 delegates, specially invited delegates and non-voting participants of the 20th CPC National Congress were gathering in the hall, waiting with full excitement for the leaders to come.

At 4 p.m., Xi, together with others, walked into the banquet hall, amid a round of warm applause. Xi and the other leaders waved to the participants, and stopped from time to time to talk with the ones in the front rows. The delegates extended their best regards, sincere respect and warm greetings to Xi and the other leaders. In the hall, warm and heartfelt sincerity could be felt everywhere, and continuous applause and cheers could be heard.