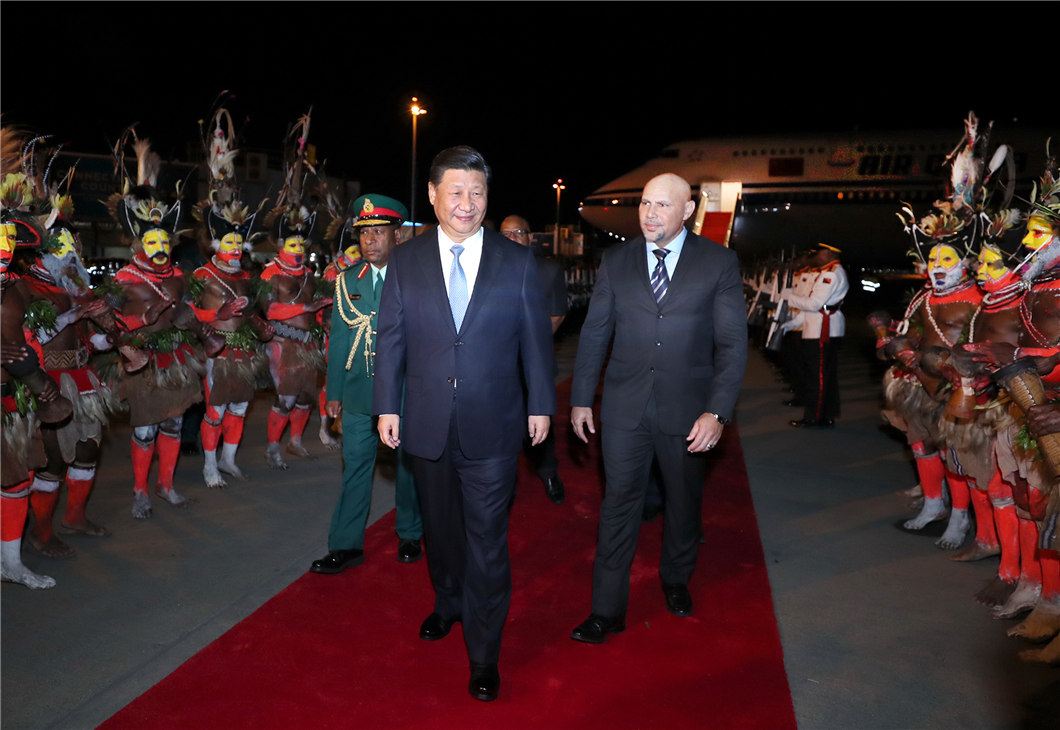 Xi was warmly welcomed by senior PNG officials and locals at the airport.

Noting that PNG is a Pacific island country with significant influence, Xi said that China and PNG have been conducting their relations based on principles of mutual trust, equality and win-win cooperation.

The two countries have achieved historic growth in the bilateral ties, which not only brought tangible benefits to both countries and peoples, but also served as an example of friendly relations between developing countries, Xi said.

Xi said he expects to work with PNG to chart the course for further development of bilateral ties to reach a greater height through this visit.

During the visit, Xi will discuss cooperation plans in the new era with leaders of the Pacific island nations which have diplomatic ties with China.

China supports PNG in hosting the 26th APEC Economic Leaders' Meeting, the president said, adding that China is willing to work with all participating sides for the success of the meeting and inject fresh momentum into and make new contributions to the development of Asia-Pacific and world economy.

Xi's visit is the first by a Chinese head of state to the Pacific island nation since the two countries established diplomatic relations in 1976.

During his stay in the PNG capital of Port Moresby, Xi is also scheduled to meet with leaders of eight Pacific island countries which have diplomatic ties with China.