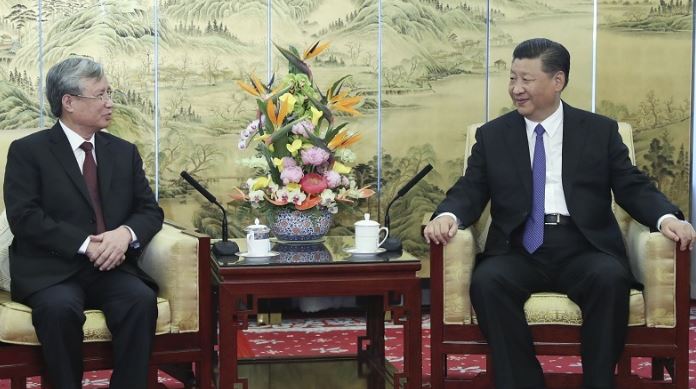 Overall relations between China and Vietnam have been improving, Xi said, noting that the good momentum has strengthened since last year.

This year marks the 10th anniversary of the establishment of China-Vietnam comprehensive strategic partnership of cooperation. Xi called on the two sides to maintain high-level exchanges, align their development strategies, and deepen practical cooperation.

China and Vietnam should effectively manage their differences through dialogue and consultation, Xi stressed. He expressed the hope that concrete progress can be made in maritime joint development of the two countries at an early date.

Despite some overlapping territorial and maritime claims in the South China Sea, Beijing and Hanoi reached a series of consensus on strengthening cooperation on maritime issues during Xi's visit to Vietnam last year, such as pushing forward joint development of the Beibu Gulf and implementing agreed cooperative projects in less sensitive areas.

Tran said Vietnam highly appreciates China's important contributions to peace and stability in the region and the world. He added that developing friendly ties with China is Vietnam's top priority in its external relations.