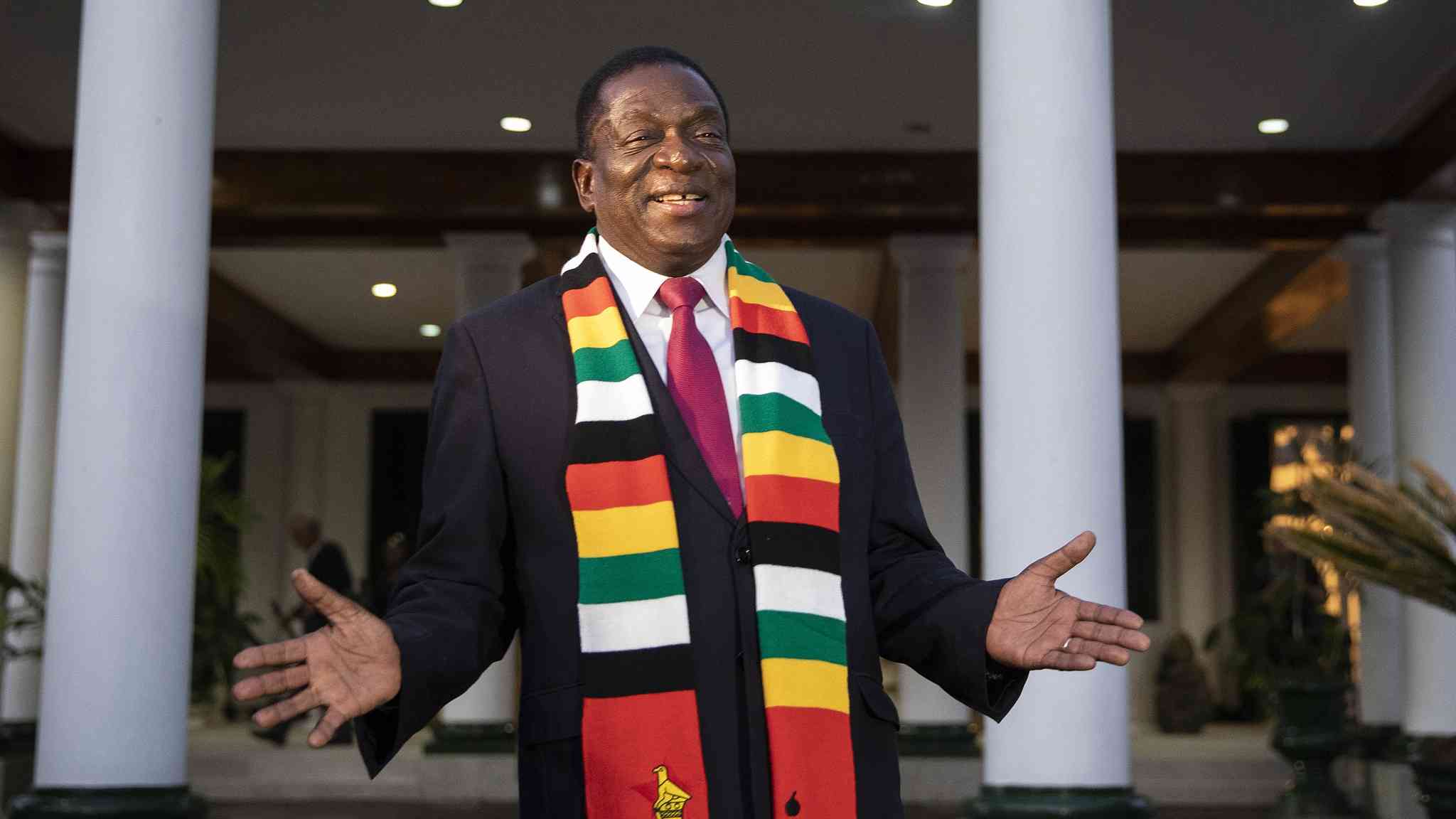 In a congratulatory message on Sunday, Xi expressed his wishes that the Zimbabwean government and people would make more achievements in national development under Mnangagwa's leadership.

Xi said he expects to meet Mnangagwa again and exchange ideas on China-Zimbabwe ties when the African president attends the summit of the Forum on China-Africa Cooperation in Beijing in September.

Xi said he hopes the meeting with Mnangagwa in Beijing will push forward the comprehensive strategic partnership of cooperation between the two countries and bring more benefits to the two nations and peoples.

In April, Mnangagwa, then incumbent Zimbabwean president, paid a five-day state visit to China, during which he met with Xi and Chinese Premier Li Keqiang.

According to the Zimbabwean Electoral Commission, Mnangagwa won the presidential election on July 30 after gaining 50.8 percent of the vote.