Chinese President Xi Jinping Sunday vowed that China would resolutely carry out reform in 2018, when delivering a New Year speech.

In the speech, Xi said he was deeply touched by stories of the people and their contributions to the nation. He feels the millions of ordinary Chinese are the greatest, and that happiness is achieved through hard work.

"We will take the opportunity of celebrating the 40th anniversary of the reform and opening-up in 2018 to further carry out reform, as reform and opening-up is the path we must take to make progress in contemporary China and to realize the Chinese dream," Xi said.
He extended New Year greetings to all Chinese, and best wishes to friends all over the world. 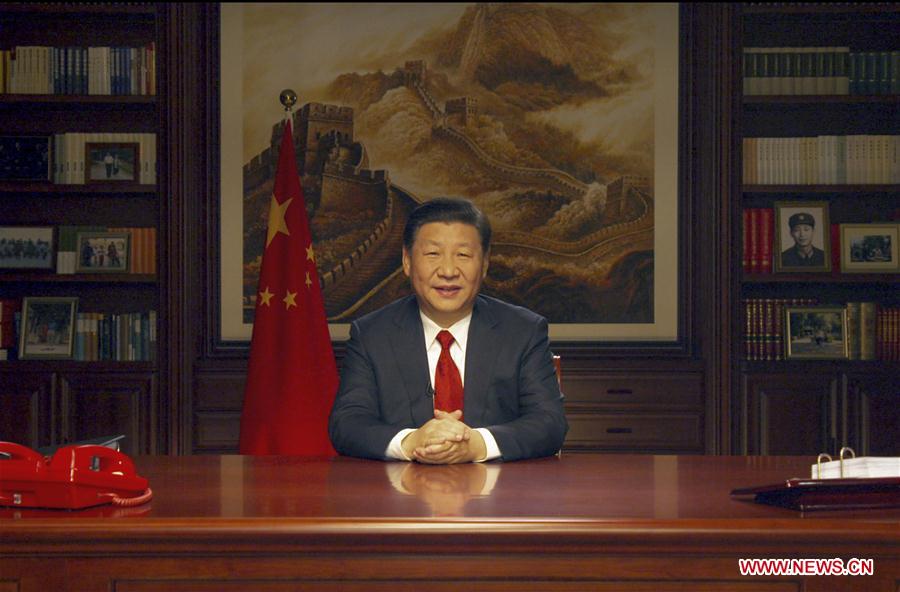 Chinese President Xi Jinping delivers a New Year speech to extend New Year greetings to all Chinese, and best wishes to friends all over the world, in Beijing, capital of China, Dec. 31, 2017. (Xinhua)