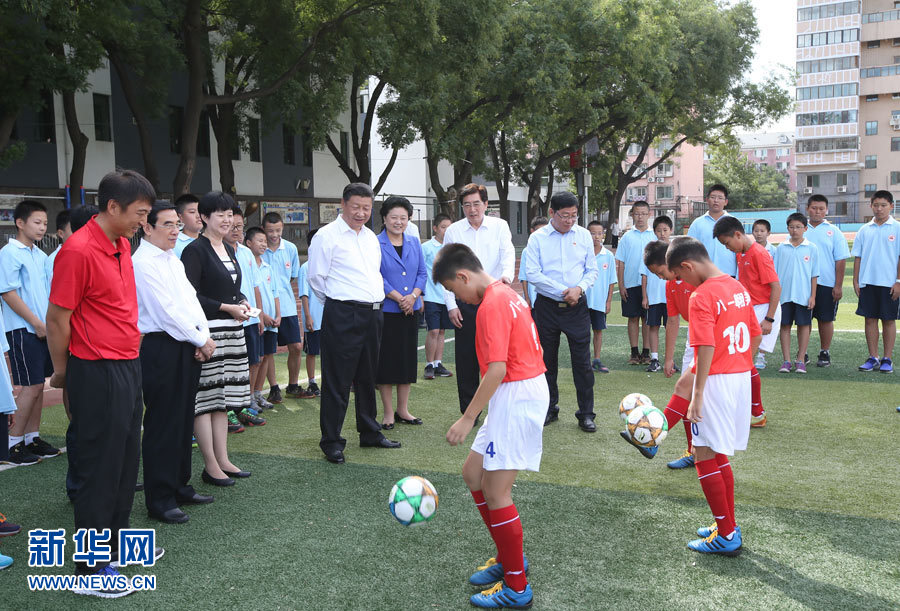 The kickoff of FIFA World Cup 2018 in Russia has ignited the passions of football fans around the world, including those from China. President Xi Jinping is among the massive football fans in China.

Xi expressed his enthusiasm for football in a public speech during a state visit abroad, saying, “I’m a football fan.”

Xi has been fond of football since his teenage years when he studied at Beijing Bayi School. Football was very popular at the school, and Xi loved the game deeply.

After taking up a government job, there was not much time for Xi to play football on the pitch as he used to. However, his enthusiasm for the game has never stopped. It has been reported that Xi would “watch sports games on TV at midnight,” and feel disappointed when seeing Chinese football teams lose.

In 2012, when Xi paid a visit to a local sports association in Dublin, Ireland, a football coach invited him to play, and Xi agreed. He took the ball, saying, “Everyone, please step aside.”

Amid people’s laughter, Xi, who donned a black coat and wore leather shoes, kicked the ball into the distance. The spokesperson of the association said that Xi had showed an admirable performance in his first play in the football field.

Like other football fans, Xi has his favorite stars. When receiving a pair of souvenir football shoes and a club jersey from British star David Beckham, he told Beckham, “I’m a fan of yours.” 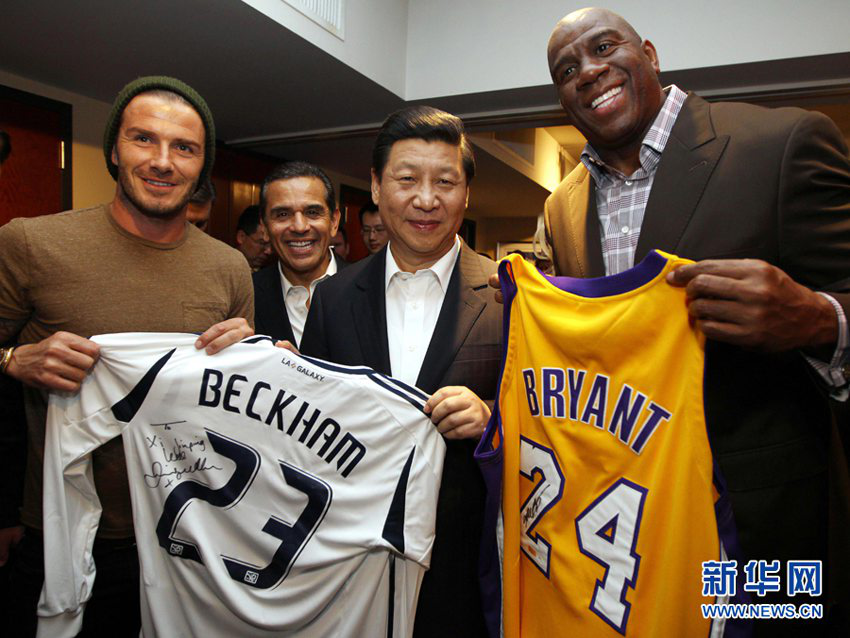 He also posed for a selfie with Argentine star Sergio Aguero during his visit to the Manchester City Football Academy. 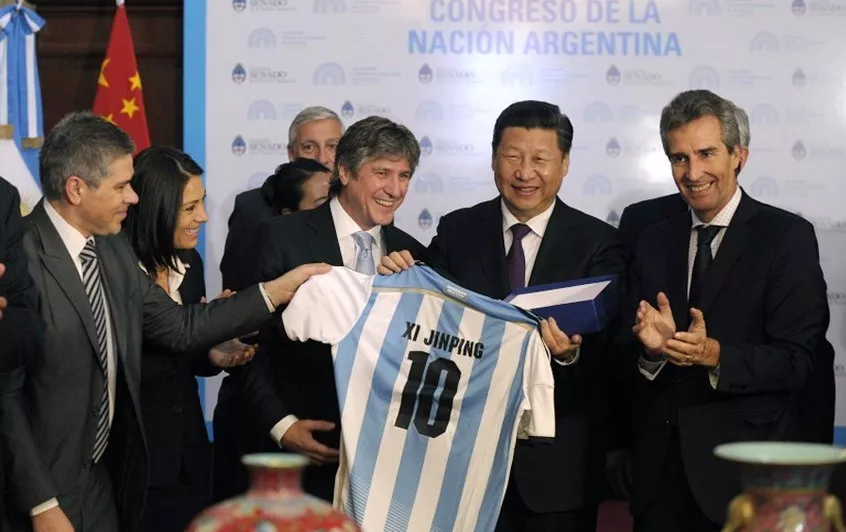 When it comes to football-related topics, Xi always talks humorously.

In July 2014, when Xi received a football jersey with No.10 on it as a gift from Boca Juniors, a top-tier Argentine football club, he joked, “How much is my transfer fee?” Prior to this gift, Xi had already received a No.10 uniform from the Argentine national team when visiting the Argentine congress.

Because of football, Xi always finds topics to discuss with his counterparts.

When attending the celebration of the 50th anniversary of the establishment of Sino-French relations in March 2014, Xi mentioned Alain Perrin, a French coach who had just took the reins of the Chinese men's national football team. Xi said, “Chinese football fans have ardent expectations for him, and I wish him good luck.”

When he addressed the Mexican Senate, Xi mentioned Serbian Bora Milutinovic, who coached both the Chinese and Mexican men’s football teams. Xi said, “The Chinese team has been trying hard, but unfortunately, we have only entered the World Cup once. And it’s Milu who made this happen.” 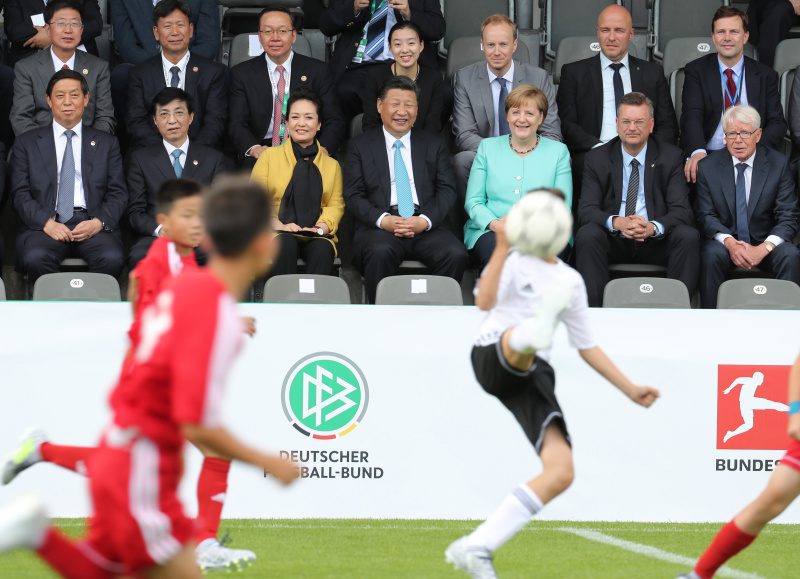 Football exchanges weigh high in Xi’s mind. In March 2014, Xi visited a Chinese youth team trained in Germany. He said he wishes China and Germany to enhance exchanges between the football associations of the two nations.

In 2017, when watching a China-Germany youth football friendly match with German Chancellor Angela Merkel, Xi expressed his willingness to promote the all-round exchanges and cooperation in the football sector with Germany.

Xi once told visiting Prince William, Duke of Cambridge of the United Kingdom, that China is willing to study football experiences from around the world, including the UK. The prince said that he knows Xi is a football fan and hopes more Chinese players will play in the English Premier League. 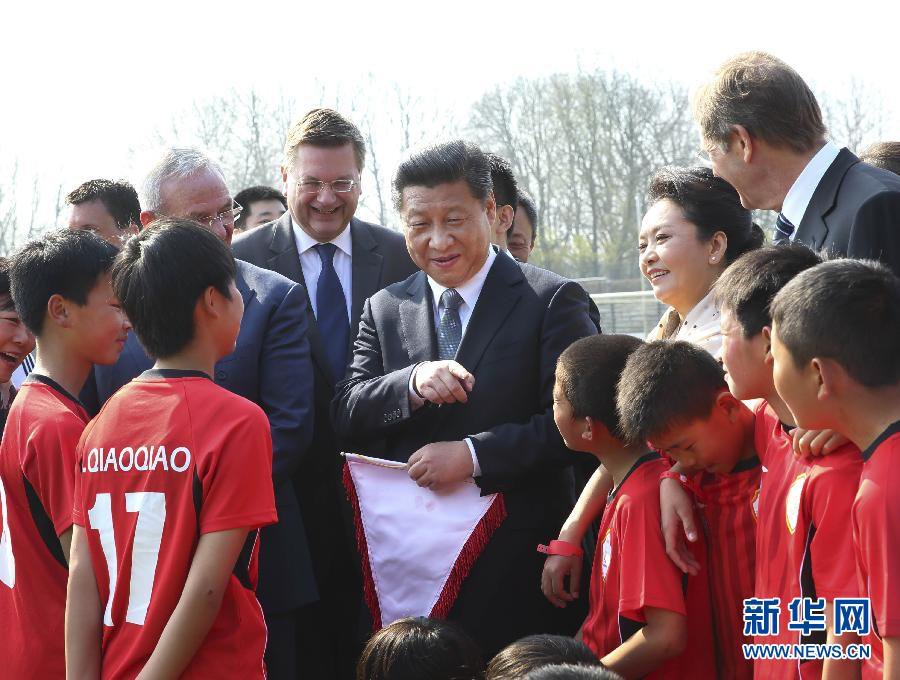 Xi has always cared about the state of Chinese football. He said his “biggest dream” for Chinese football is that the national team could be one of the strongest in the world.

Xi has his own philosophy about Chinese football. He said, “The essence of a football team does not lie in competition. It is more about people’s physical fitness, people’s patriotism, unity and a tenacious and hardworking spirit.”

In an interview with Reuters in October 2015, Xi said, “I believe that Chinese football will see great progress, and will make contributions to the world of football in its own way.”