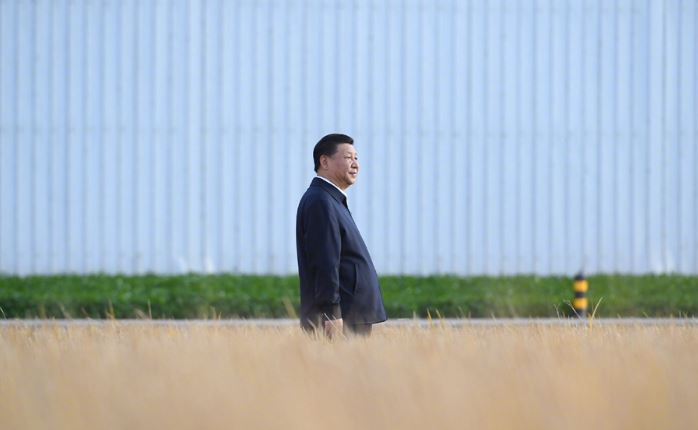 Xi started his tour Tuesday afternoon at the Jiansanjiang branch of Heilongjiang Farms and Land Reclamation Administration to inspect the conditions of grain production and harvest.

Known as China's "green rice city," Jiansanjiang is one of the most important commodity grain bases in the country.

It is located in the heartland of the Sanjiang Plain, an alluvial plain created by three rivers.

There are currently 15 large and medium-sized state-owned farms in Jiansanjiang, covering an area of 12,400 square kilometers. It has 754,667 hectares of arable land and 678,667 hectares are used to grow rice, according to the branch's official website.