CHINA Xi Jinping: Only through continuous development can the people's dream for a better life and social stability be realized

Xi Jinping: Only through continuous development can the people's dream for a better life and social stability be realized

BEIJING, June 24 (Xinhua) -- On the evening of June 24, Chinese President Xi Jinping chaired the High-level Dialogue on Global Development in Beijing via video link and delivered important remarks. President Xi Jinping recounted the story and his experience of being a farmer on the Loess Plateau. 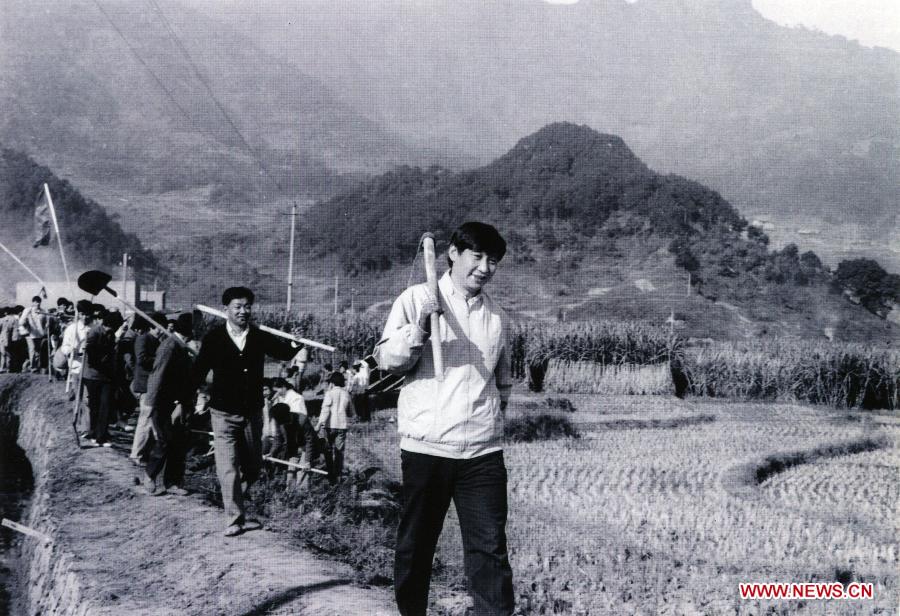 File photo taken in 1988 shows Xi Jinping (front), then secretary of the Ningde Prefecture Committee of the Communist Party of China (CPC), participates in farm work during his investigation in the countryside. (Photo: Xinhua)

President Xi noted that "in the late 1960s, I worked as a farmer in a small village on the Loess Plateau. There I experienced first-hand the hardships in farming and saw how the local people struggled to make ends meet. Their longing for a better life has stayed in my mind ever since. Half a century later, I revisited the village and found the villagers no longer in want of food or clothing, as evidenced by the happy smiles on their faces. As an ancient Chinese saying goes, 'Only when the granary is full will people learn etiquette; only when people are well-fed and clothed will they know honor and shame.' Throughout the years, I have been to cities, towns and villages across China and visited many countries in the world. One deep impression I get is that only through continuous development can the people's dream for a better life and social stability be realized."