“No matter how far we go, we should never forget the way we came,” said Xi Jinping, general secretary of the Communist Party of China (CPC) Central Committee, underlining the Party's original aspiration and mission, which is to seek happiness for the Chinese people and rejuvenation for the Chinese nation. 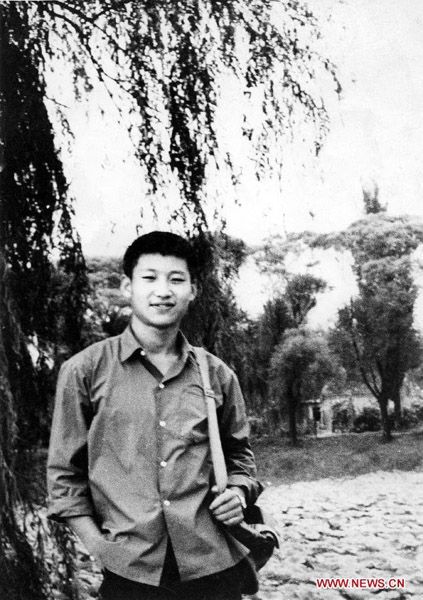 File photo taken in 1972 shows Xi Jinping returns home in Beijing to visit his relatives during the time when he is an educated youth in countryside. (Photo: Xinhua)

Xi has shaped this aspiration in his mind since adolescence.

In January 1969, Xi, who was only 15, came to Liangjiahe, a rural village in Yanchuan, Shaanxi Province, and served as an educated youth there for seven years.

The villagers treated him with warmth, and he believed he should do something for them. Chopping fodder, carrying bags of wheat, repairing roads, building a biogas digester, and drilling wells — he did many things for the villagers.

Shi Chunyang from Liangjiahe recalled that once when building a dam in winter, Xi rolled up trouser legs and went to shovel ice barefoot without hesitation.

In January 1974 when he was 20, he officially became a Party member.

“When I arrived at the yellow earth at age of 15, I was at a loss. But when I left the place at age of 22, I had already become fully confident, with my life goal firmly in mind,” Xi recalled in an article published in 2002. 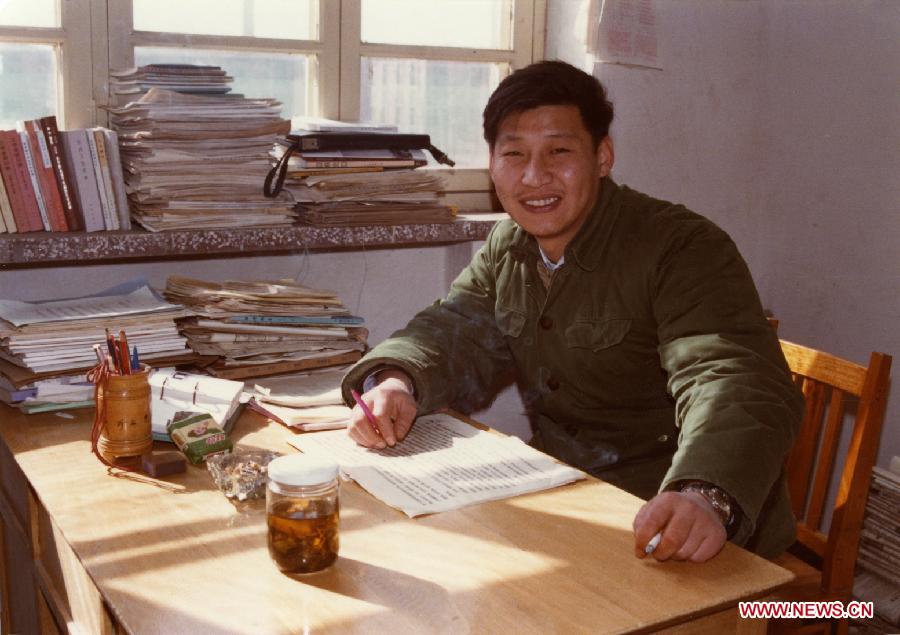 A well-worn green military uniform, an old military quilt and a mattress with many patches on it were the impression Xi left on the colleagues when he arrived in Zhengding, Hebei Province, to take his job as the deputy secretary of the county’s CPC Committee in 1982.

In the words of Wang Youhui, then deputy head of the county, Xi was "in an old military uniform, very outdated."

Shortly after Xi became the secretary of the Zhengding Party committee, the county issued a document, requiring officials to improve their working styles.

“Enduring hardships and working hard are his common practice,” Zhu Bohua, then an official in Zhengding, recalled.

In Zhengding, Xi always rode a bicycle to make field inspection tours. Within three years there, he had visited all the villages in the county.

‘For the good of my people’ 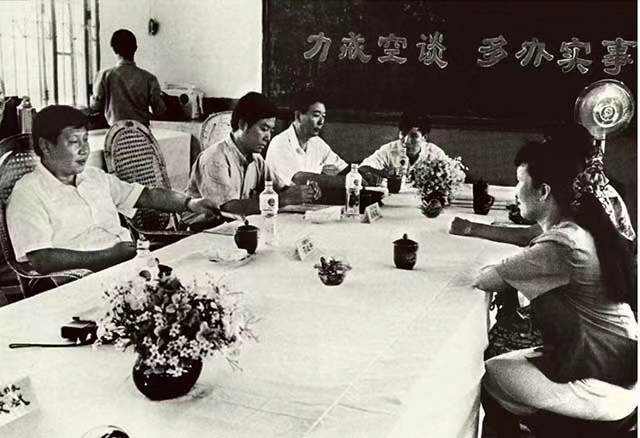 Diligence and thrift can be traced through his career. When going to Xiamen to take the job as the city’s vice mayor, he rejected the designated chauffeur and went to the office by himself.

In Ningde prefecture, Fujian Province, he inspected nine counties in the first three months after he arrived to be the secretary of the Ningde CPC committee. When he became the secretary of the CPC Zhejiang Provincial Committee, he spent one year visiting with all the 90 county-level divisions.

Starting from himself and leading by example have been a consistent style of Xi.

"I will put aside my own well-being for the good of my people," Xi said when Roberto Fico, president of the Italian Chamber of Deputies, asked about his mood when being elected the president on March 22.

Devoting himself to the development of China is what Xi has been doing to stay true to his original aspiration, and the Party’s founding mission.