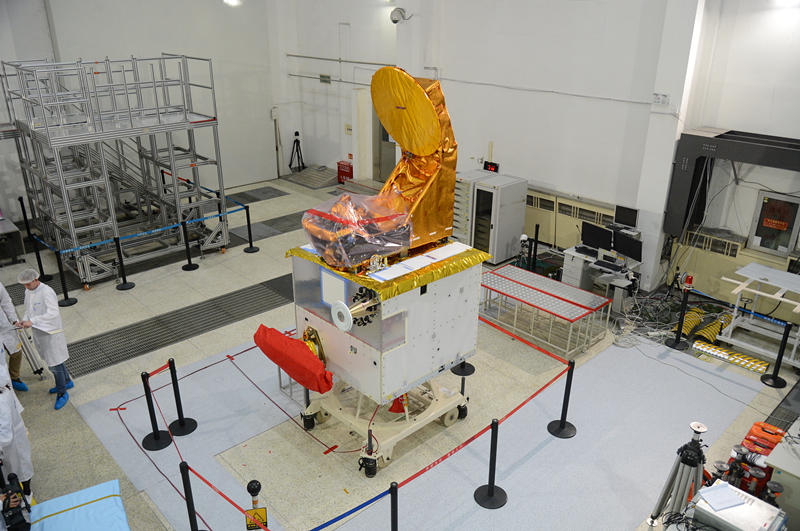 The China-France Oceanography Satellite (CFOSat), atop a Long March-2C carrier rocket, took off at 8:43 a.m. (0043 GMT) from Jiuquan Satellite Launch Center, in northwest China's Gobi Desert, and entered a sun-synchronous orbit 520 km above the Earth.

In his congratulatory message to Macron, Xi said space cooperation is an important part of the China-France comprehensive strategic partnership, and the successful launch of the jointly developed oceanography satellite represents the latest result, which will play a significant role in global marine environment monitoring, disaster management and reduction, and fight against climate change, among others.

Xi said China attaches great importance to China-France relations and is willing to work together with France to deepen bilateral cooperation in various fields, and constantly promote a close, lasting bilateral comprehensive strategic partnership to a higher level, so as to better benefit the two countries and peoples.

Macro said in his message to Xi that the CFOSat launch marks an important step forward in bilateral space cooperation.

The succuss came as a result of the huge efforts by space agencies and researchers of the two countries, displaying again the active will of both France and China to push further the international efforts against climate change, he said.

The French president said space cooperation is an important part of the France-China strategic cooperation, and France is willing to work together with China to deepen bilateral exchanges and cooperation on space and climate change.