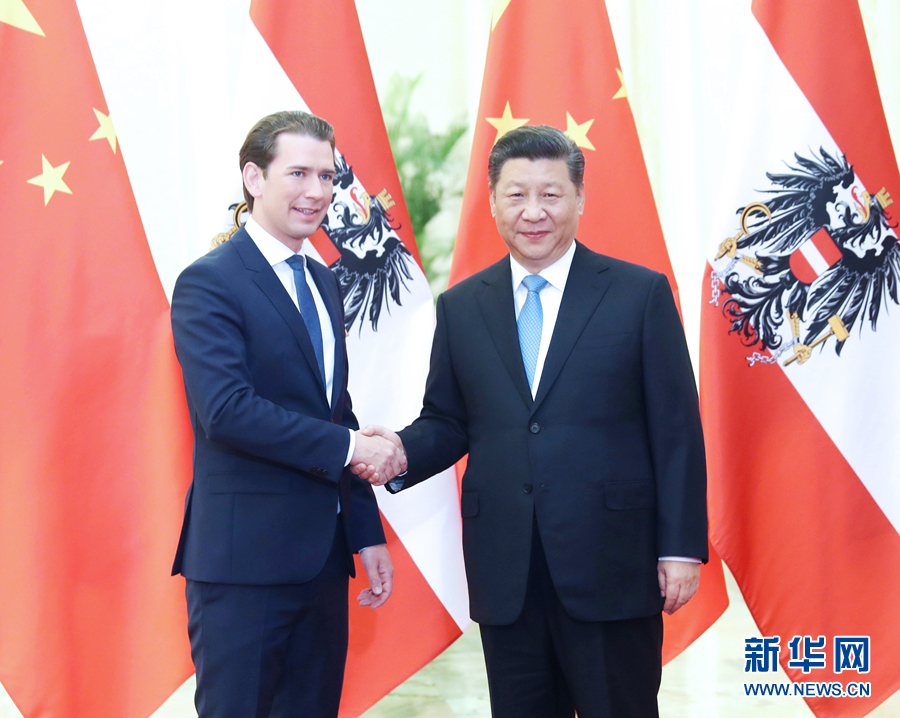 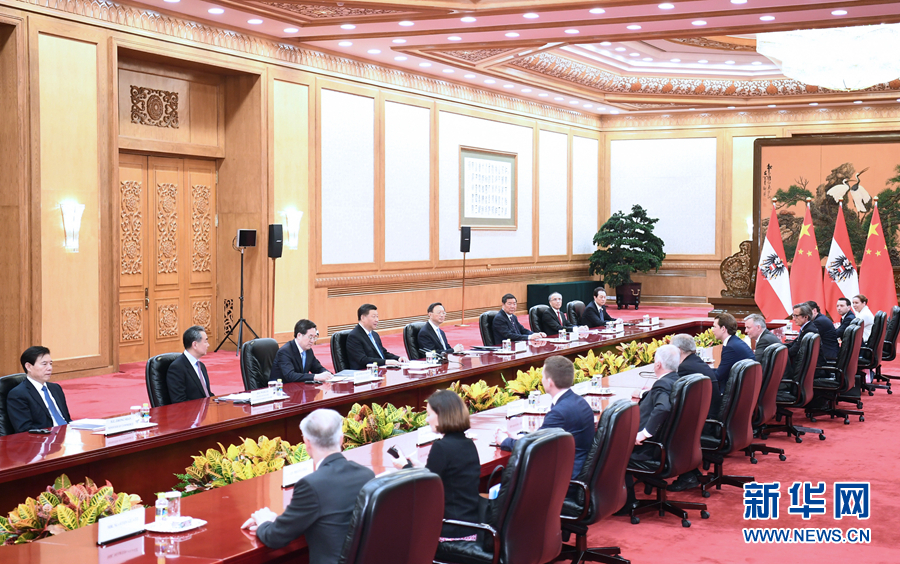 Xi holds talks with Kurz at the Great Hall of the People in Beijing, April 29, 2019. (Photos: Xinhua)

Xi said that the two sides should adhere to equal treatment and mutual respect and constantly promote bilateral relations to a new height.

China welcomes the Austrian side to actively participate in the joint development of the Belt and Road Initiative and "16+1 Cooperation", Xi said, adding that China appreciates Austria's open attitude towards China's investment.

Xi said China hopes Austria can continue to play its role and actively support and advance the development of China-Europe ties.

Kurz said Austria regards China as a strategic partner and is committed to strengthening strategic relations with China.