BEIJING, April 24 (Xinhua) -- Chinese President Xi Jinping met with Azerbaijani President Ilham Aliyev on Wednesday ahead of the Second Belt and Road Forum for International Cooperation to be held from April 25 to 27 in Beijing. 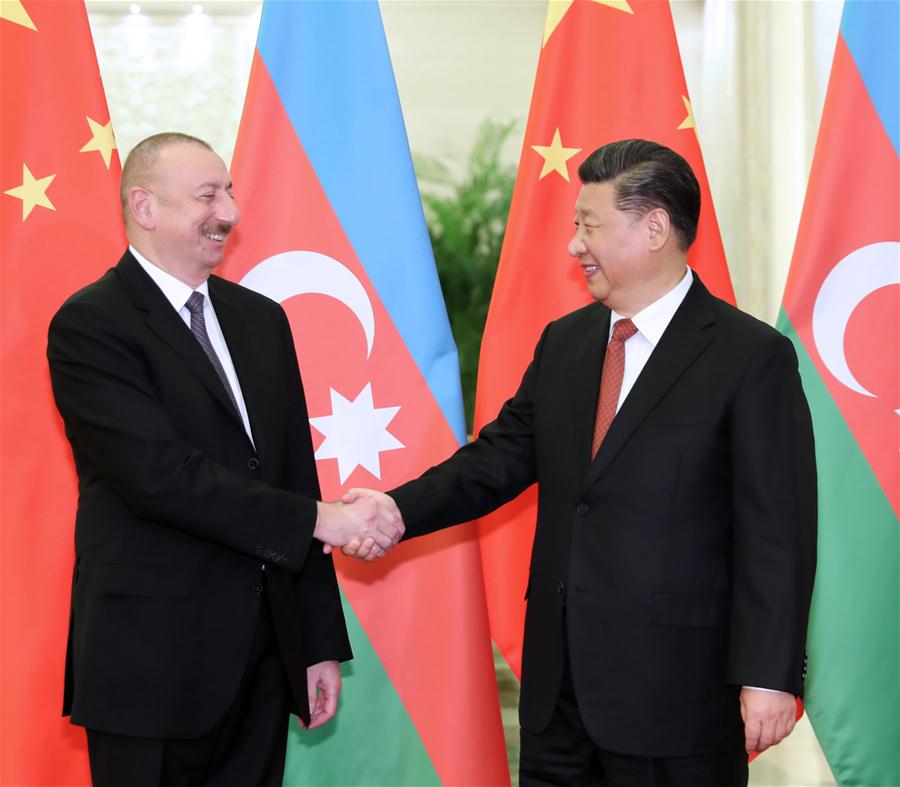 Azerbaijan is an important cooperative partner of China in the Eurasian region and one of the first countries to respond to and actively participate in the Belt and Road Initiative (BRI), Xi said.

China supports the development path chosen by the Azerbaijani people in accordance with their national conditions and the efforts of the Azerbaijani side to develop its economy and improve people's livelihood, he said.

China would like to work with Azerbaijan to take the BRI as an opportunity to align the development plans of the two sides, deepen cooperation in infrastructure construction and other areas, expand cultural, educational and local exchanges, and enhance mutual understanding and friendship, he said. 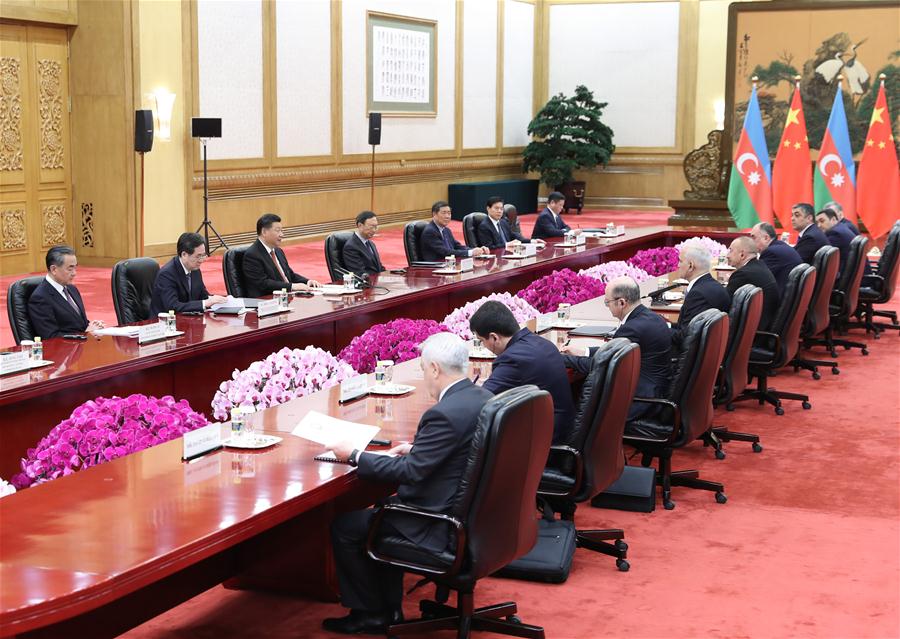 Azerbaijan regards China as a firm friend and partner and unreservedly supports China on issues concerning its core interests and major concerns, Aliyev said, adding that Azerbaijan has actively responded to and participated in the BRI since its inception.

The country is willing to build an international transport corridor across the Caspian Sea and promote regional connectivity by taking advantage of its unique geographic location, he said.

The Azerbaijani side is also willing to join hands with the Chinese side in cracking down on the "three evil forces" of terrorism, separatism and extremism, he added.