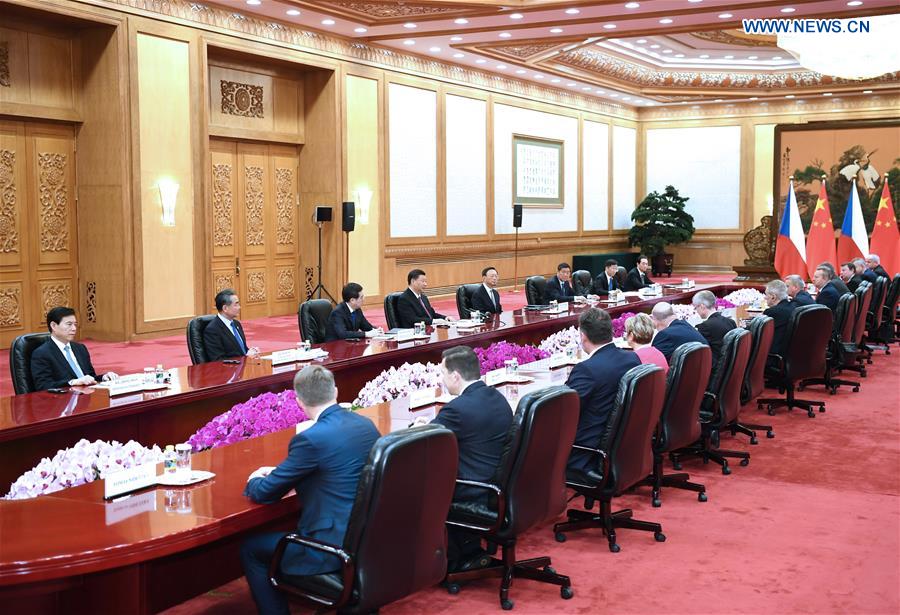 China is willing to work with the Czech Republic to elevate the bilateral strategic partnership to a new level by grasping the historic opportunity of jointly building the Belt and Road, Xi said.

He said China appreciates that President Zeman speaks up for the country on China-related issues, including calling for fair and equitable treatment to Chinese telecom businesses.

Xi expressed the hope that the Czech Republic can continue to play a constructive role in promoting China-Europe relations.

Zeman said that the Czech Republic is willing to actively participate in the joint building of the Belt and Road, noting that the country hopes to enhance cooperation with China in economy, trade and investment, and promote people-to-people and cultural exchanges.

The two leaders attended a signing ceremony after their meeting.