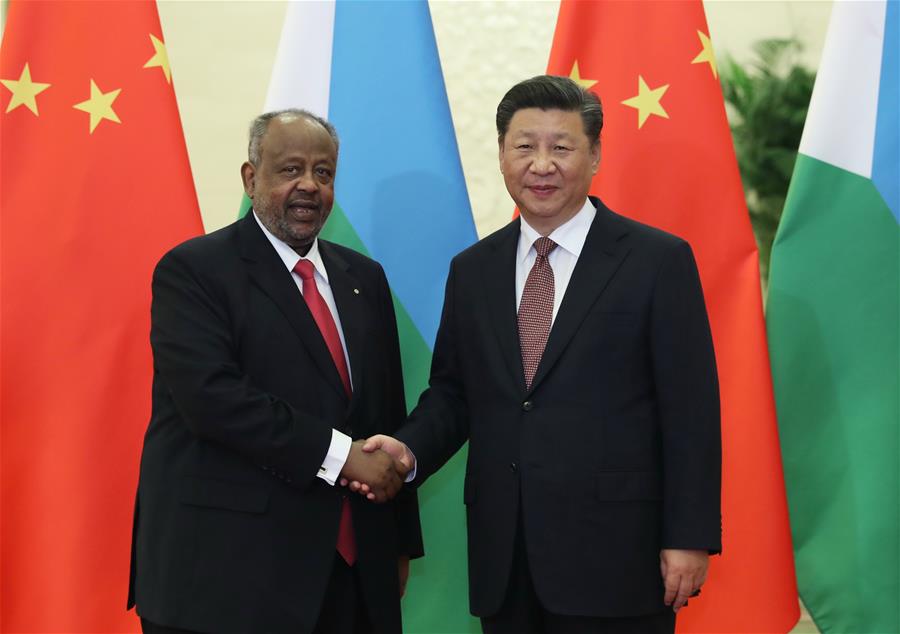 Xi stressed that China supports Djibouti in pursuing a development path in line with its national conditions, and is ready to expand exchanges between governments, legislative bodies, political parties and local regions of the two countries.

Xi also called on the two countries to increase exchanges and mutual learning about governance and development experience, and step up people-to-people exchanges to solidify the popular and social foundation of the China-Djibouti friendship.

"We believe that the signing of cooperation documents on jointly building the Belt and Road will inject new impetus into the cooperation of the two countries," said Xi.

China is willing to strengthen communication and coordination with Djibouti on international and regional issues such as climate change, so as to better safeguard the common interests of the two sides as well as other developing countries, Xi said. 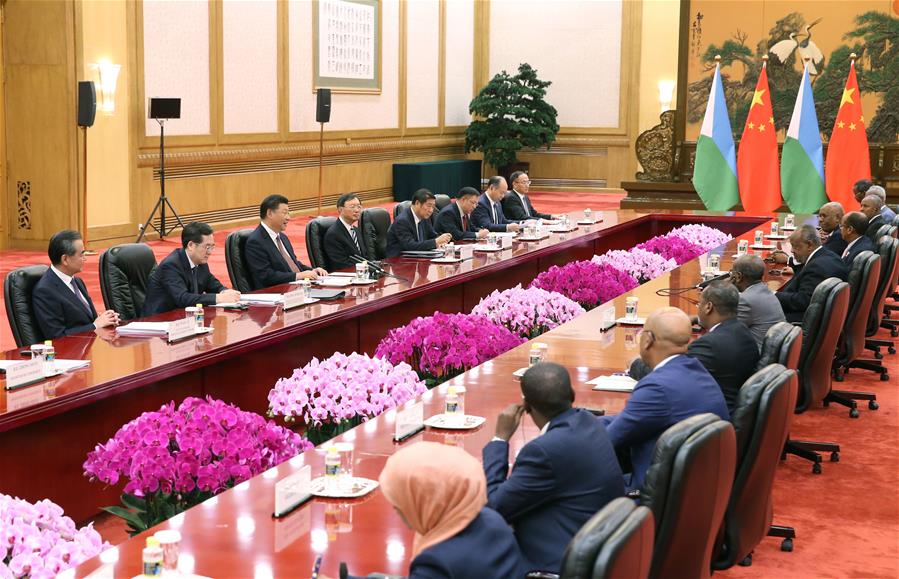 Guelleh said Djibouti is a trustworthy friend of China and the Djiboutian people have friendly feelings towards the Chinese people.

While promoting economic diversification, Djibouti is willing to actively participate in the building of the Belt and Road so as to usher in a new era of Djibouti-China cooperation, said Guelleh.