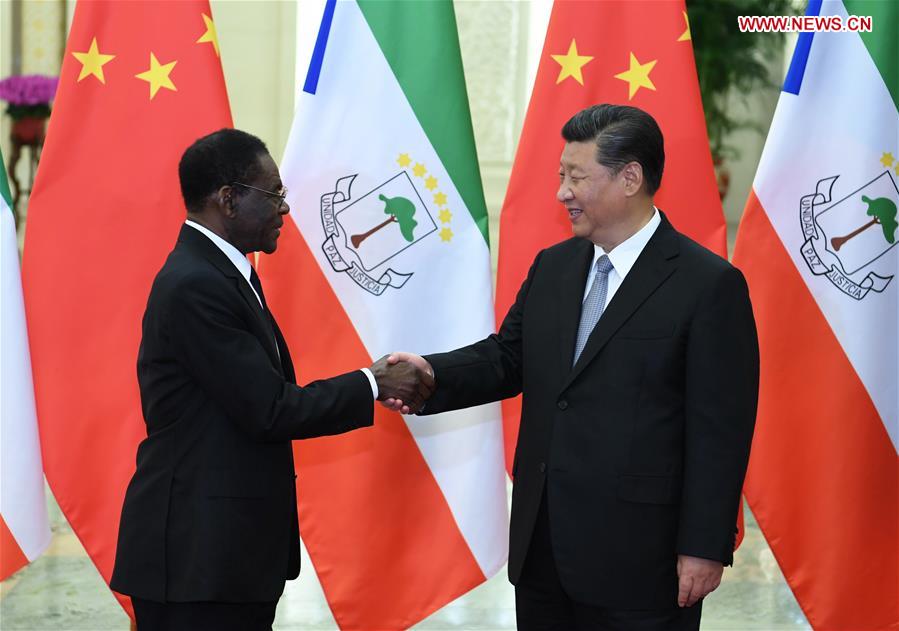 Xi said the China-Equatorial Guinea friendship has become increasingly solid with the passage of time, calling it "a fine example of South-South cooperation" and describing the two countries as reliable partners and brothers who have jointly injected new vitality into their comprehensive cooperative partnership.

The president called on both sides to continue to deepen exchanges of experience in governance and ruling party building, and to support each other on issues involving their respective core interests and major concerns.

China will strengthen communication and cooperation with Equatorial Guinea in human resources development, education, healthcare, tourism and other areas, help the country realize its 2020 development plan, and enhance strategic communication and collaboration at multilateral agencies including the United Nations, the president said.

Noting that this is his 10th visit to China, Obiang called China "an important positive force" on the international arena. He said his country highly values developing the relations with China and firmly pursues the one-China policy. 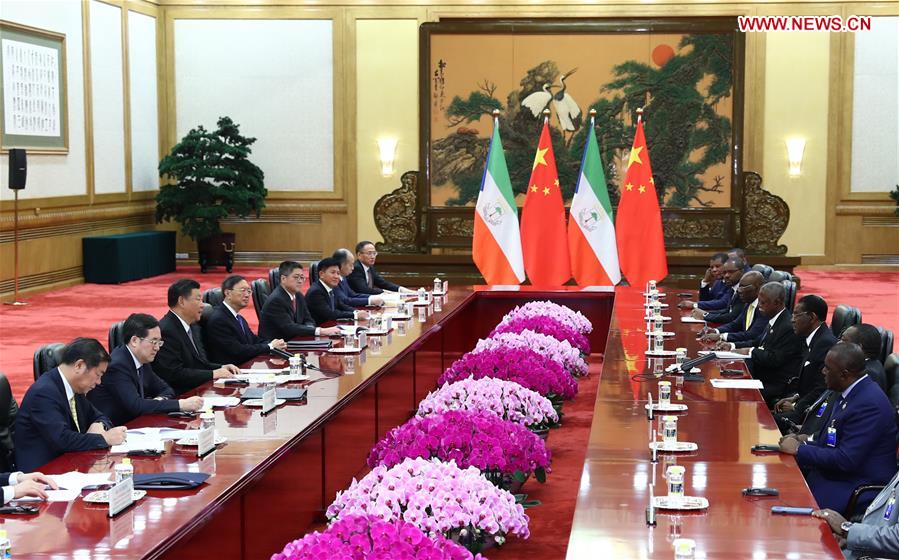 Equatorial Guinea is full of expectations for the Beijing Summit of the FOCAC and believes the summit will bring even more welfare to the African and Chinese people, Obiang said.