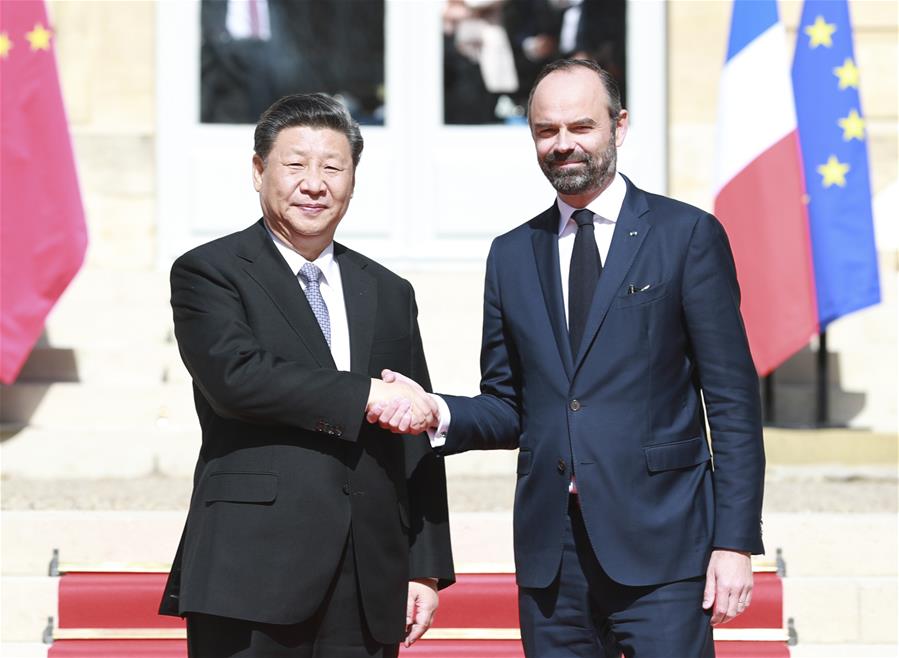 Xi proposed that China and France steer their bilateral relations in the right direction, upgrade existing cooperation and foster new drivers of cooperation.

He said that the two countries should always respect each other, stick to the ideals of win-win cooperation, openness and inclusiveness, and gradually eliminate their differences by making the pie of cooperation bigger and bigger.

The Chinese president also urged the two sides to quicken the pace of upgrading their cooperation on the basis of steadily advancing their existing cooperation in nuclear energy, aviation, aerospace and other sectors.

Xi asked the two sides to well organize the commemorative activities on the 55th anniversary of China-France diplomatic ties, deepen cultural, educational and sports cooperation, and host a culture and tourism year in each other's country in 2021.

The two sides should tap the potential of cooperation in scientific and technological innovation, digital economy, artificial intelligence, and high-end manufacturing, and expand cooperation to new key areas such as agriculture, he said.

China welcomes France to actively participate in the Belt and Road Initiative, and stands ready to expand third-market cooperation with the French side, he said.

In addition, Xi urged the two countries to encourage the exchanges between their young politicians, entrepreneurs, researchers and journalists to lay a solid foundation for the enduring development of China-France relations.

On his part, Philippe praised bilateral ties, saying that France and China have enjoyed close and fruitful exchanges and cooperation, and maintained a high level of mutual trust.

Xi's visit produced important outcomes, which again demonstrated the willingness of the two countries to jointly push forward their strategic cooperation, he said, adding that he agrees with Xi's propositions and plans for developing France-China ties.

The French government will earnestly implement the important consensus reached between the two sides during the visit, deepen bilateral practical cooperation in nuclear energy, environmental protection and green economy, and increase communication and coordination on international affairs, he said.

France also supports stronger ties between the European Union and China, he added.