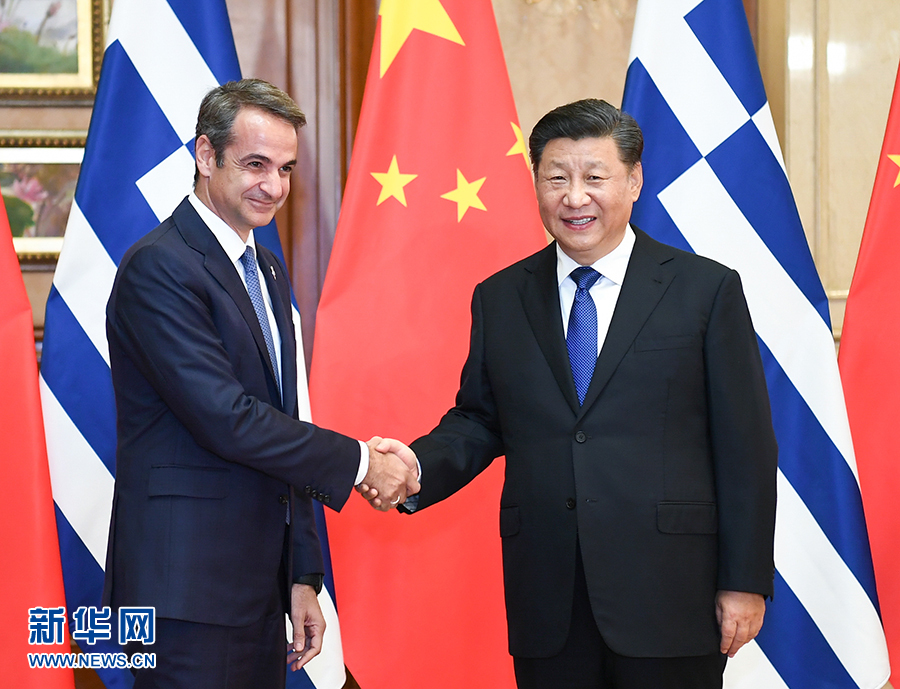 Photo: Xinhua
Xi said hosting the CIIE is a major move of China to firmly support trade liberalization and economic globalization, and to voluntarily open up its market to the world. It will help promote economic and trade exchanges and cooperation among countries, and boost the international trade and world economic growth.
China stands ready to work with Greece to maintain the momentum of high-level exchanges, deepen friendship and mutual trust, promote practical cooperation, let the Piraeus port project play a leading and demonstrative role, jointly build the Belt and Road, and secure more cooperation outcomes in sectors such as energy, transport and telecommunications, he said.
He called on the two sides to enhance people-to-people and cultural exchanges, and advocate dialogue and mutual learning among civilizations.
China welcomes Greece joining the cooperation mechanism between China and Central and Eastern European countries, Xi said.
Mitsotakis said the mutually beneficial cooperation between Greece and China has benefited the people of the two countries, and the Piraeus port has become a flagship project of jointly developing the Belt and Road Initiative.
He noted that Greece will firmly support China on issues concerning China's core interests, and the Greek people hope President Xi will visit Greece as soon as possible.
Greece will work with China to uphold multilateralism, he said.