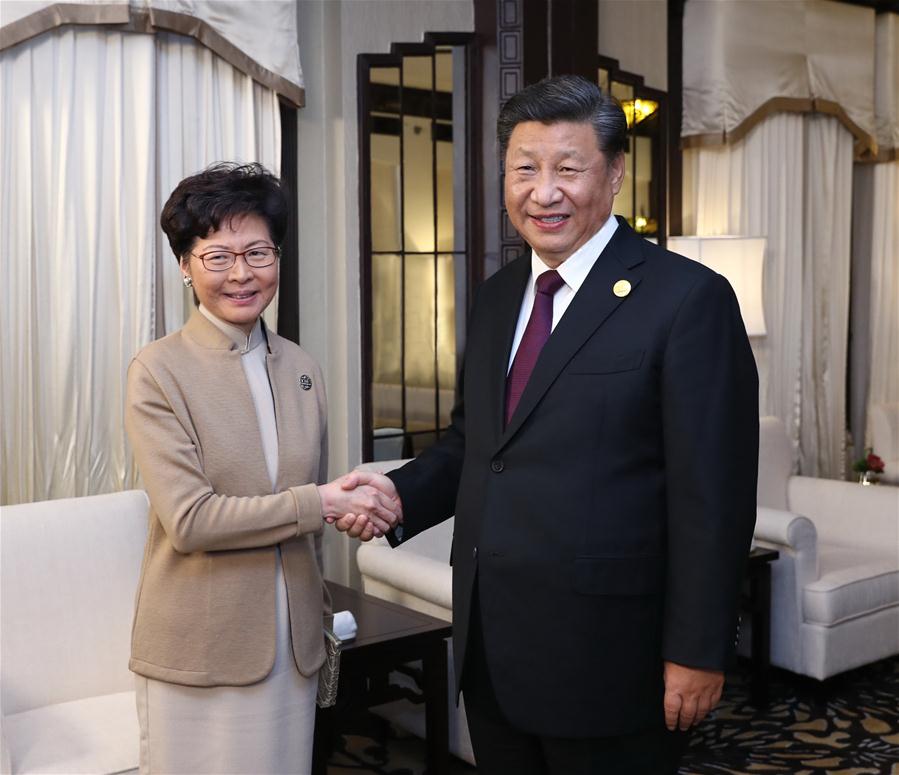 After hearing Lam's report on the recent situation in Hong Kong, Xi said the disturbances in Hong Kong have lasted five months. Lam has led the SAR government to fully discharge its duties, strive to stabilize the situation and improve the social atmosphere, and has done a lot of hard work, he said.

Xi voiced the central government's high degree of trust in Lam and full acknowledgement of the work of her and her governance team.

Ending violence and chaos and restoring order remain the most important task for Hong Kong at present, he noted.

Xi demanded unswerving efforts to stop and punish violent activities in accordance with the law to safeguard the well-being of the general public in Hong Kong.

Meanwhile, effective efforts should be made in work including having dialogue with all sectors of the society and improving people's livelihood, Xi said.

Xi expressed his hope that people from all walks of life in Hong Kong fully and faithfully implement the principle of "one country, two systems" and the HKSAR Basic Law, and make concerted efforts to safeguard Hong Kong's prosperity and stability.